Adblock Plus creators eyeo are out to put an end to misleading and false information online. Their new ‘Trusted News’ browser extension is aiming to take advantage of blockchain technology to create a decentralized database that classifies the integrity of information on the web.

The Era Of ‘Fake News’

The past few years on the internet have been a tumultuous roller coaster ride which has ushered in waves of innovation and mass adoption around the globe. As of December 2017, more than 54 percent of the world’s population has access to the internet in some form.

Unfortunately, there will always be some who will take advantage of others. In most recent times, those who browse the internet have to constantly be aware of advertisements and information that is biased, misleading, or completely untrue. This advent of deceptive and false information on the internet has caused huge rifts amongst entire populations, especially in the political sector. 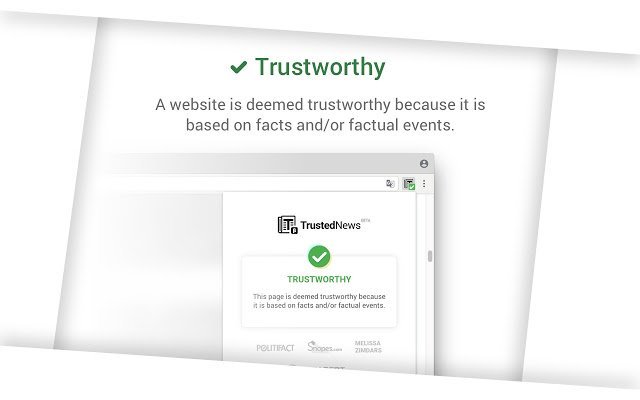 Software developing company eyeo, creators of the popular web browsing tool ‘Adblock Plus’ is stepping up to the plate once again — this time to try and curb the amount of false information that is plaguing the internet by identifying and classifying it. The beta chrome extension, ‘Trusted News’ will use a rating system that will sort websites into categories like ‘trusted,’ ‘satire,’ ‘biased,’ ‘malicious’, and ‘unknown.’

The initial version of ‘Trusted News’ will use existing fact-checking websites such as ‘Politifact,’ ‘Snopes,’ and ‘Wikipedia’ in the classification process. Eyeo will also be teaming up with MetaCert Protocol — an anti-URL fraud web developing company, to compile and maintain a decentralized database.

A Case For Blockchain?

With the huge influx of blockchain based companies and products, it can be hard to determine the most legitimate use cases. ‘Trusted News’ wants to incorporate feedback from its users by running the program on the Ethereum network and rewarding users’ submissions with MetaCert tokens. Later in the roadmap, eyeo plans to create a system where users can award tokens to those giving substantial feedback and information, similar to the Steemit system.

What we want to do, and where the blockchain comes in, is we want to move that over to incorporate users’ feedback as well.

So initially what we’re going to do in a few weeks is incorporate something where users can just provide feedback through the extension. And they can dispute something. They can say ‘hey I don’t feel like this site should be listed as biased because whatever’. And we’re going to use that feedback to make the product better.

Will there be a strong demand for this particular use case of blockchain technology? Can it objectively and properly classify websites? Let us know what you think in the comments below!