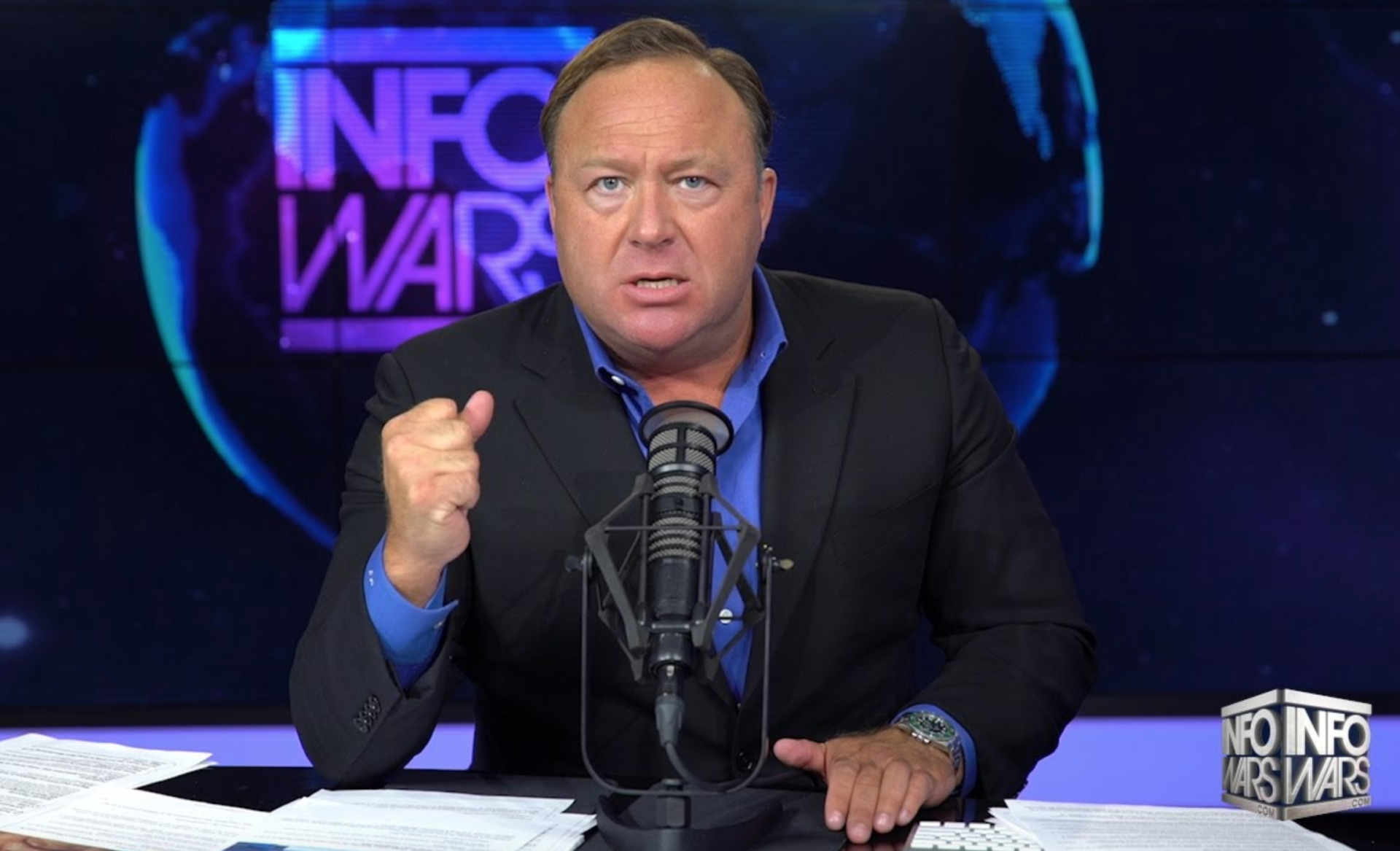 American radio star, host of The Infowars, and far-right conspiracy theorist, Alex Jones, met with pro-bitcoin champion Max Keiser. He admits, “You’re right, I should have gotten involved in bitcoin a long time ago”.

In a must-see video discussion between Alex Jones and Max Keiser, the two men talk a lot about Bitcoin. Jones says he likes how bitcoin “brings diversity to the marketplace”. He points to how BTC can never be shut down unlike money in an offshore bank account. Keiser is visibly in his element.

Jones explains to his listeners that he hadn’t previously endorsed bitcoin because he wasn’t completely sure. He says he would never tell them to go out and buy something he wasn’t sure about. However, on reflection, “it’s smart to diversify.” He then tells Keiser:

You’re right, I should have gotten involved in bitcoin a long time ago

He continues to justify his concerns over bitcoin since following it over the last 10 years. The space seemed to be full of “crap coins”. But now “all the scams and fly-by-nighters” seem to have left.

Keiser clarifies that there are still plenty of scammers in the space including Bitcoin Cash and Craig Wright. However, anything other than Bitcoin “is fool’s gold.”

They clearly think it’s going to be a powerful force

He then says that “the market appears to be “stabilizing”.

He asks what the best way to get involved in Bitcoin is. Keiser says he would take a three-pronged approach, starting by stacking sats daily for $1 through CashApp to “build your position.”

You should then download a bitcoin wallet and if you want to become s serious player, he recommends signing up for an account with Kraken. He also says that it’s not too late to get into crypto.

Jones notes that he likes how you can tailor your approach to buying bitcoin. He calls it a “completely legitimate” way of diversifying your wealth.

Keiser confirms that no one can confiscate your bitcoin. He calls it “gold 2.0” and says that, unlike gold, you don’t need any third-party to verify that it is real–just the blockchain. That must be what ruffled Schiff’s feathers the most.

Peter Schiff Says ‘This Is How Manias End’

Outwardly annoyed by Jones’ bitcoin ‘capitulation’, Peter Schiff takes to Twitter to condemn the show. He can’t believe that after 10 years of watching the “bubble” inflate, Jones thinks that now is the right time to urge his listeners to buy bitcoin.

This is how manias end

Alex Jones has capitulated. After 10 years of watching the #Bitcoin bubble inflate, at $10,000 per coin he thinks now's the time to urge his listeners to buy. This is how manias end. Greed overwhelms reason as people once too sensible to buy join the party just as it's ending.

To be fair, Jones never actually comes out and urges his listeners to buy. However, he has certainly convinced himself and we hear him audibly ‘pivoting’ to BTC on-air.

He also goes somewhat mental with an airgun while Keiser starts to talk about his “rebirth” as a bitcoin maximalist.

He also explains the enigma of his missing tweets. He actually has a new Twitter handle @realmaxkeiser in which he only talks about bitcoin.

Back in 2011, when #Bitcoin  was $1, @KeiserReport told our global audience: ‘Bitcoin is the currency of resistance, the new, better Gold. It’s going to $100,000. It’s the best way to fight fiat-money, corrupt bankers. Everyone should buy Bitcoin’.pic.twitter.com/AfDdJgHdE7

He says that he abandoned the old account because he used to talk about other things. But now he only wants to talk about bitcoin:

I am a purist, I am a maximalist

Jones simply lets him speak, agreeing here and there and, at times, trying to get Keiser to talk about something else. The conversation covers quantitative easing, politics, the coronavirus, catastrophy, and… toothpaste.

But the main protagonist was bitcoin. And a lot of people are jumping up and down (either from excitement or rage).

What do you think about the interview between Alex Jones and Max Keiser? Add your thoughts below!