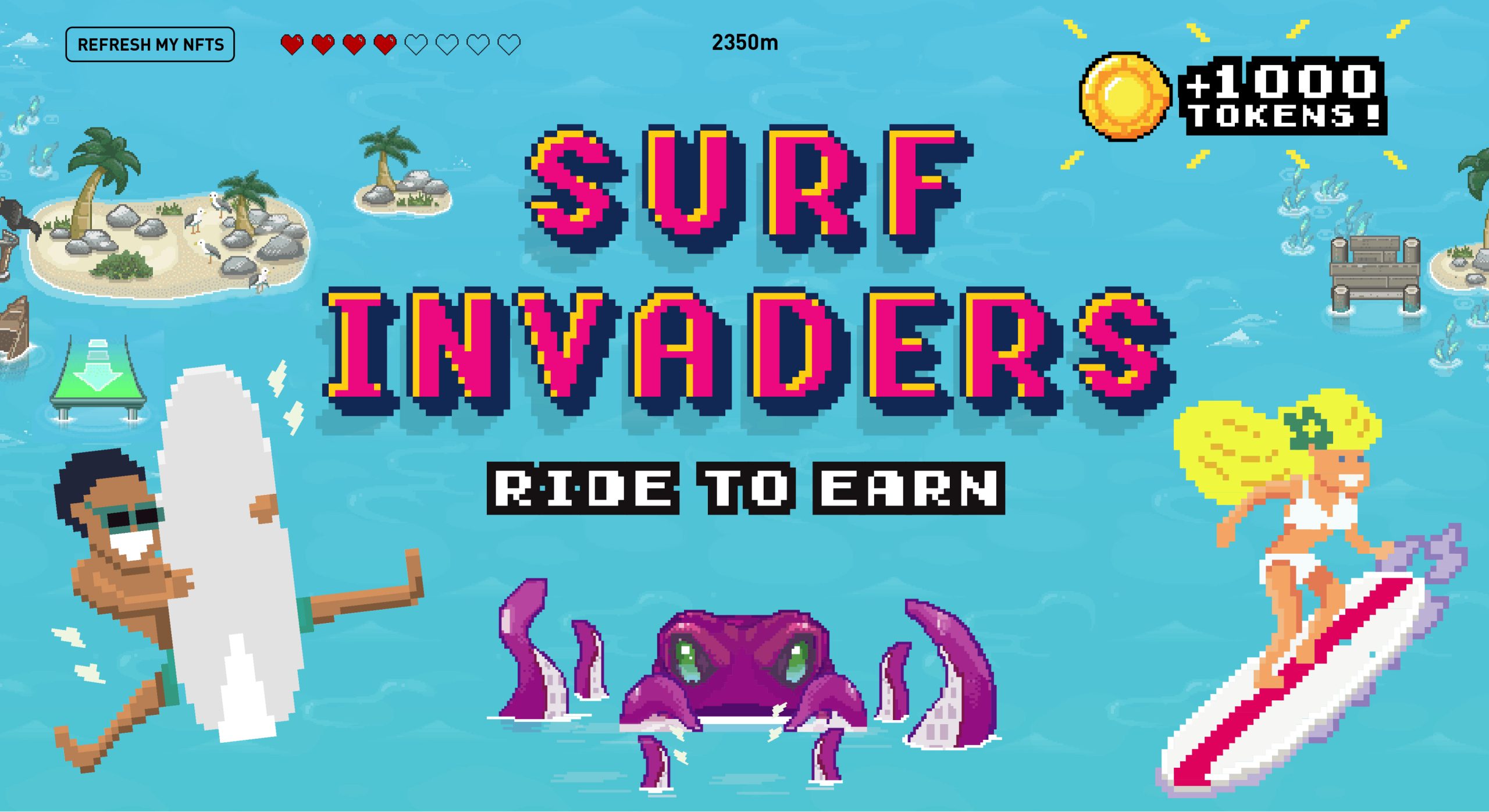 The Aloha DeFi ecosystem has come a long way since its early days of being a bandwidth-sharing platform. The project’s original vision has been bolstered by the addition of several new features, not the least of which are NFTs, and the ability to stake NFTs. Its unique ambassadors, each with their own quirky personality, have quickly become appealing, with themed seasons adding to their collectibility.

A slew of new features has helped Aloha grow its user base to new milestones, particularly in 2021, when it has really come of age. The team has not stopped innovating despite the many new products in its pipeline. The remainder of the year promises new exciting features for stakeholders, users, developers, and merchants.

One of the most significant developments this year, which is slated for release this month and makes use of the platform’s NFTs, is Surf Invaders.

Aloha’s Surf Invaders is an endless runner-type game that is designed to be fun but not without being accessible. The team likens the game to the smash hit Flappy Bird — except that in this case, players can actually earn crypto!

Surf Invaders is all about surfing the waves, being cool by doing sweet tricks, escaping bizarre sea monsters, while protecting the environment by collecting plastic along the way. The Aloha team is keen on stressing the idea of being environmentally friendly and, to that end, puts their money where their mouth is by making use of Polygon’s eco-friendly blockchain.

The basic idea of Surf Invaders is as follows: players can use their NFTs to participate in the game. More NFTs aren’t necessary, but they will give players an edge by giving them extra lives in the game.

Players can also purchase entire NFT packs, which are usable on other services, which is in keeping with Aloha’s general principle of giving users as many ways to earn revenue within the DeFi ecosystem as possible. Just like the other features of Aloha DeFi, using NFTs within the game is intuitive and streamlined.

The game’s objective is to outrun sea monsters (some of which will be designed by players themselves!). Along the way, they’ll rack up points by pulling off cool stunts, collecting plastic in the ocean, and avoiding obstacles. Players will be incentivized to get as high a score as possible so that they can be featured on the global leaderboard — with the leaders earning a share of the platform’s fees

Of course, getting a high score won’t be so simple.

While the controls are simple, requiring only directional arrows or the mouse to navigate, there are several challenges in the waters just waiting to derail the player. Ocean debris, driftwood, buoys, rock formations, piers, and even other surfers are some of the challenges that players will have to look out for — not to mention the monster itself!

Players can also boost their speed and jump their way out of danger with powerups in the form of lightning bolts, but they can also be hampered by seaweed and whirlpools. The latter is especially devious, as it changes the direction of the player if they pass through it!

In other words, the game is easy to pick up but difficult to master. Players will have their reflexes and decision-making skills tested as they race to get to the top of the leaderboards. All the while competing for a chance to earn a share of the platform’s fees!

Surf Invaders will launch on October 10, and the pre-sale for NFT player packs will go live six hours before the launch. The launch will kick off a busy month for Aloha, which has numerous launches, announcements, and integrations ready to take place this month.

Among the many critical developments and milestones taking place this month are a special integration with a top crypto solutions provider in the market. Aloha has been tight-lipped about this for legal reasons, but users are already quite confident about what this integration is.

The team has given its investors a taste of what this integration will lead to by saying that it will power monthly raffle contests every month. These raffles will require lottery tickets, which are calculated based on the number of LP tokens a user holds. Here again, Aloha shows its intention to offer as many revenue-generating possibilities for users as possible. And the prize for interaction with all of these services? A VIP holiday to a winter sun destination!

Two other significant developments in the pipeline for October are the launch of the Aloha Academy and a second integration. However, if anything, they have been even more mum about the latter. The Aloha Academy has a tentative launch date of October 25 and will help introduce novices to the intricacies of the DeFi market.

More Compelling Ways To Use Your NFTs

Having just launched the latest season of its NFTs — inspired by Quentin Tarantino’s movies — and with the upcoming launch of Surf Invaders, Aloha is on a roll with its plan to expand the DeFi ecosystem. Q3 2021 has seen the platform expand at an unprecedented rate, and the launch of more features will only aid that growth.

And Q4 2021 is expected to bring much more in the way of DeFi-related features. The SHAKA yield farming platform is being prepped for a Q4 launch, giving users yet another way to earn for their participation in the AlohaDeFi ecosystem. Aloha is setting the stage for a much more user-first DeFi platform, and it’s going to be an exciting time both for new Aloha users as well as early ones.