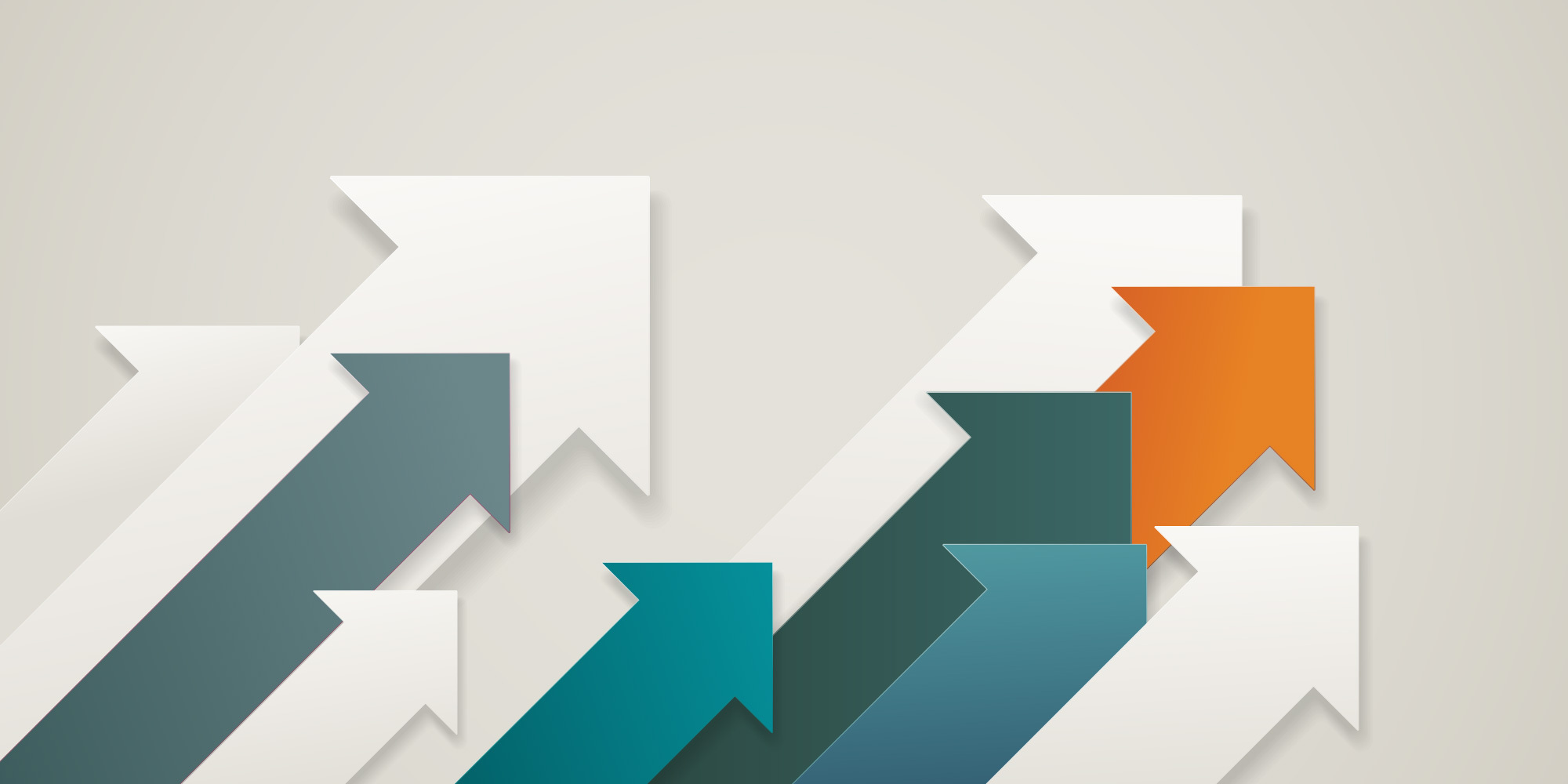 Bitcoin’s dominance metric has not performed well over recent weeks as altcoins have stolen the show. Many tokens, especially in the DeFi space, have gained dozens or even hundreds of percent over recent weeks as capital and attention has focused on this aspect of crypto.

A Telegram channel tracking the Tom Demark Sequential, though, now shows that Bitcoin dominance could reverse to the upside. This means that BTC may soon make up more of the crypto market than it has over recent days.

According to the chart below shared by the channel, Bitcoin dominance has formed a “Buy 9” candle on its daily chart. “9” candles, per the Tom Demark Sequential, are often seen at an inflection point in the trend of an asset. In this case, this means that Bitcoin will soon see relative upside compared to altcoins. 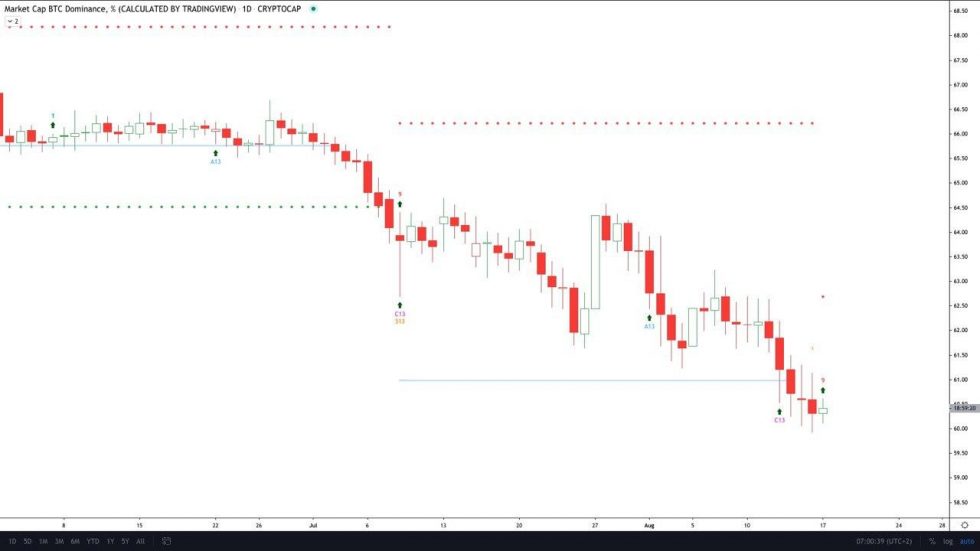 The TD Sequential isn’t the only indicator suggesting altcoins will soon plunge against Bitcoin. As reported by Bitcoinist, Willy Woo, a prominent on-chain analyst, sees a bullish divergence forming between the dominance metric and its RSI indicator:

“Bull divergence, BTC Dominance, expecting BTC to gain over alts in coming weeks. Waiting for the top indicator to reverse (detects volume movements). ETH currently more bullish than other alts. In that regard, I believe we’re in an era of dual pumpage… Both BTC and ETH, number go up. BTC slightly more favoured according to the signal.” 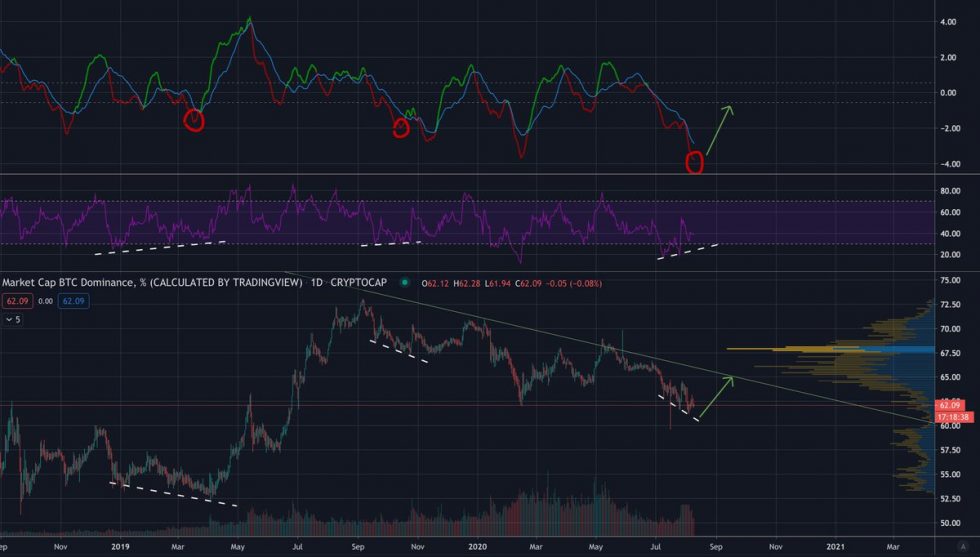 BTC Volatility — Or Lack Thereof — Will Be Key to Altcoin Trends

Investors in the space say that altcoins can outperform while Bitcoin ranges. But if it is breaking out as it is as of this article’s writing, altcoins may struggle to outpace the market leader due to how capital and attention is allocated during breakouts.