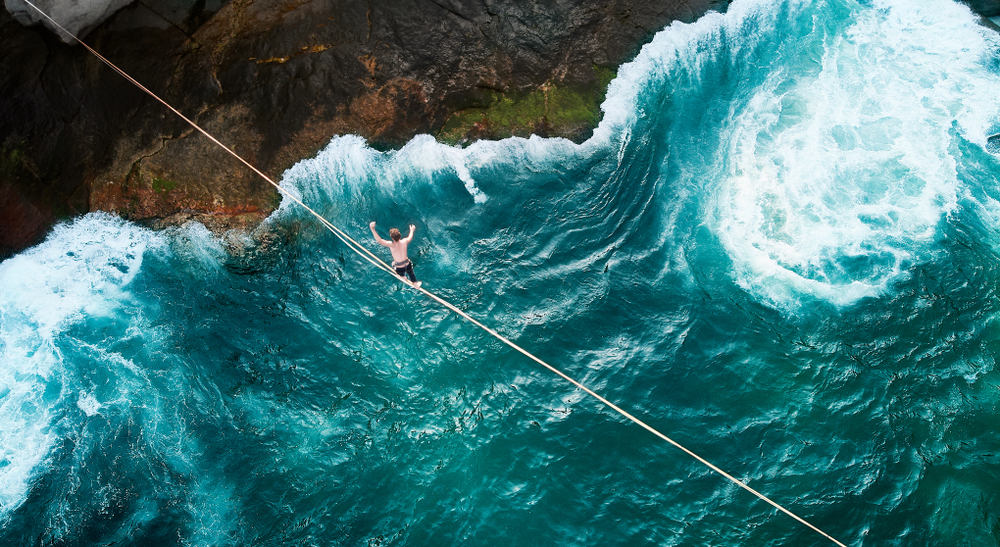 Analyst: Bitcoin Needs to Push Past $9,600 to Avoid a Brutal Decline

Bitcoin has been caught in the throes of an intense bout of sideways trading throughout the past two months, and its trading range has only been tightening in recent times.

It now is caught within a channel between $9,000 and $9,300, and buyers have been unable to shatter the resistance at the upper boundary of this range despite making multiple attempts over the past couple of days.

How BTC trends next will likely be a result of its reaction to this level.

One analyst is now noting that it is imperative that buyers step up and push Bitcoin past $9,600.

He believes that a close above this level is the only thing that could stop it from seeing a “wave down.”

At the time of writing, Bitcoin is trading down 1% at its current price of $9,270. This is where it has been trading for the past 24-hours.

After dipping as low as $8,950 this past weekend, the strength that buyers expressed after defending this level is fading. This comes as the result of multiple firm rejections at $9,300.

One analyst recently explained that Bitcoin’s current price action is strikingly similar to that seen in June, which may signal that it will soon slide lower.

He does note that it will largely lack direction until it breaks either a diagonal resistance it is stuck beneath or its 89-day EMA – which is currently acting as support.

“Hard to get a clean look at BTC’s lower timeframes due to all the chop but here it is: Similar price action to what happened earlier in June. Currently stuck between that diagonal resistance and 89 EMA which was a solid indicator up to this point.” 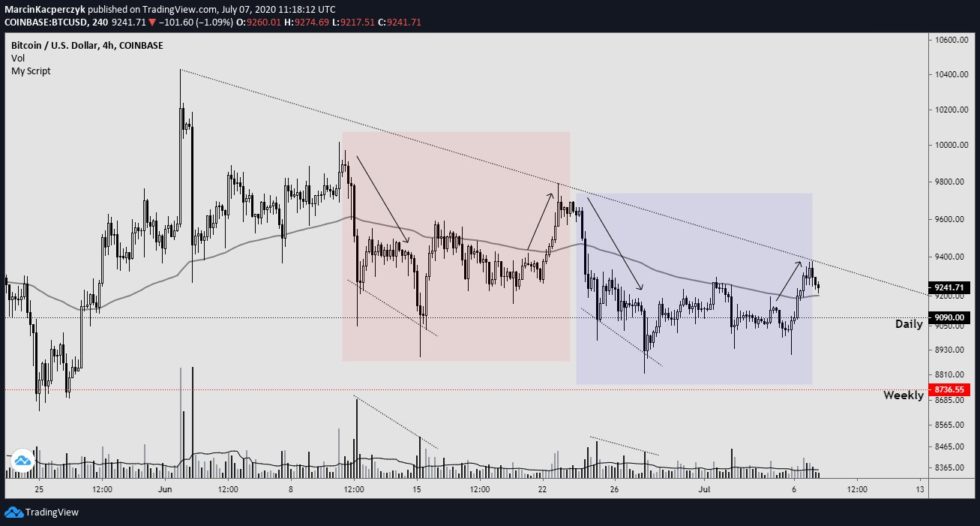 Another analyst recently said that buyers must push Bitcoin above $9,600 in the near-term to avoid a wave down that could send it towards $8,600.

“BTC can actually avoid the wave down if bulls can get us above $9600 on the next test and flip it back into support, I would probably say this needs to be done before EoW… If bulls lack momentum now then $8600 is next,” he explained. 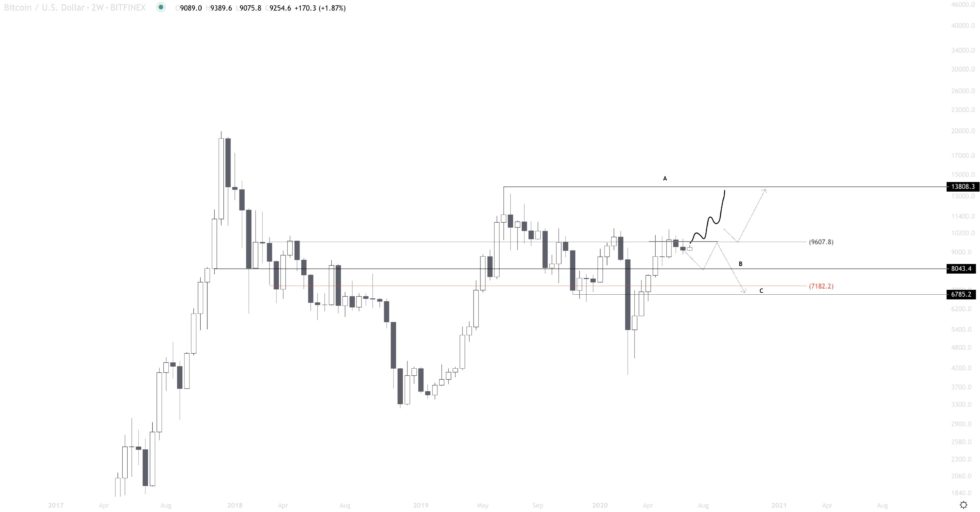 How Bitcoin reacts to $9,300 should offer insights into whether or not a movement to $9,600 is viable.