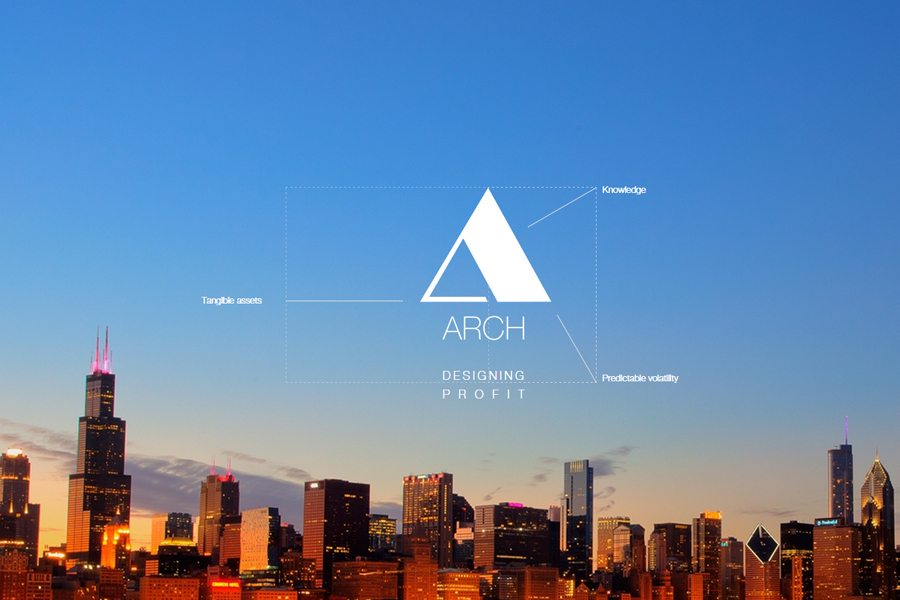 When Edgar from Archcoin first reached out to me, I thought it was just another altcoin. When he told me more about the coin, I was fascinated. ARCH main goals can be summed up into two words: Designing Profit, which is taken from their motto. ARCHCoin also has a very attractive and professional look about it, which you can see from the pictures provided and their website. Their wallet is also quite unique, reminding me of Blackcoins wallet. All in all, ARCHCoin is a solidly developed coin with some serious fundamentals and ambitious goals. Definitely a coin that I will be watching.

ARCH has been maturing since October 2013 when I first realized the potential of cryptocurrencies and after heavily investing into mining gear. As an Architect and entrepreneur with 20 years of experience working with large investment firms I’m naturally prone to critical thinking so my own success as a trader and the positive feedback from the crypto community regarding my opinions eventually led to the epiphany called ARCH on June 1st.

2. You were quick to say that you are a centralized business model over a decentralized Blockchain, do you think being centralized is okay in cryptocurrency?

ARCH is as decentralized as Bitcoin but much more decentralized than the Bitcoin Foundation. We confuse the core values of the protocols with the human values of those working on that same protocol. We expect them to be as altruistic as the protocol when in reality it’s an insider battle of self interests. ARCH is about taking responsibility and being transparent in which the so called “foundation” are really active CEOs and the “communities” are given rights as shareholders. 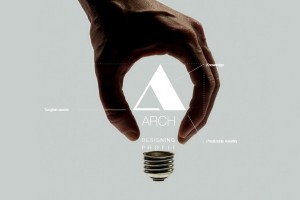 4. What are you trying to achieve with ARCH?

Cutting-edge innovation in cryptocurrency is not just about protocols and features. Those actually do very little when it comes to actually introducing bitcoin to mainstream consumers. ARCH is leaping forward into what I believe will be a common business model implementation.

ARCH will be first real world venture capital company with stocks issued in their own cryptocurrency bringing crypto together in our common expectations and not our differences. Most peoples life goal is to be generously rewarded for doing what they love most, so in a nutshell, ARCHs goal is PROFIT through innovation and upstanding visionary investments. 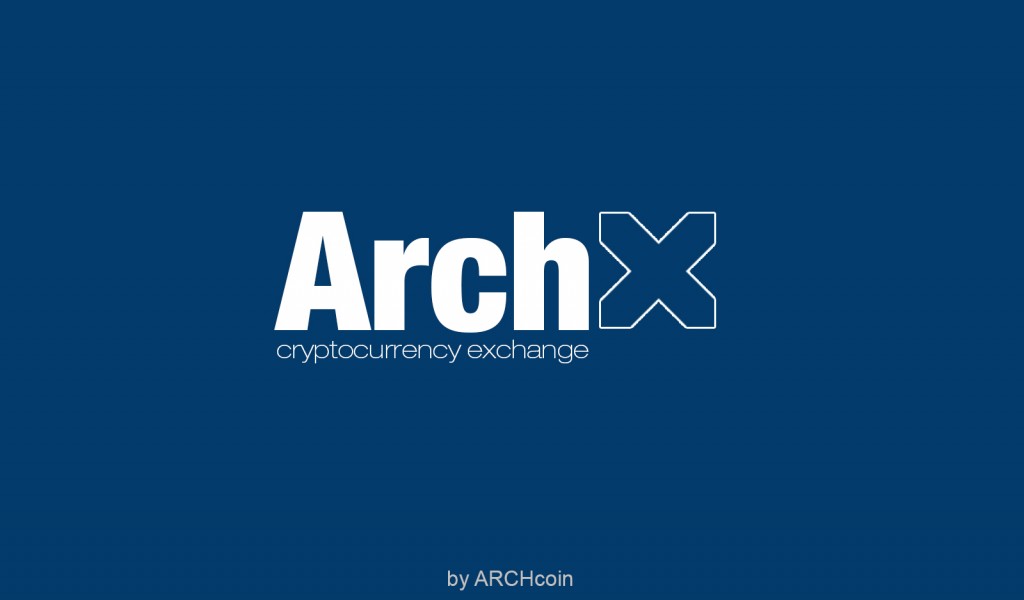 Another aspect is related to my trading experience. After months of successful trading it becomes easy to determine the most influential factors that make trading easier. ARCH will offer exclusive in-wallet tools that will make trading an easier and safer experience for ARCHcoin shareholders.

From exchange sniffing pair bots, to whale spotting bots to inviting the best traders out there to join the ARCH HQ as a shareholder, while giving them complete anonymity. The ARCH wallet is designed as an actual corporate HQ with different levels, from the open public LOUNGE to the exclusive CEO voting tab.

5. You already have two assets, can you go into a little bit about both?

The first asset Coinry.com is an altcoin “factory” that changes the way digital currency is marketed to the ones outside crypto. It will be the GoDaddy of digital currency, Coins are registered just like domains and hosting packages and presented to customers in FIAT, USD/EUR/etc prices.

We are redefining the concept of cryptocurrency by offering it as a digital product through a legal, tax paying company. Meanwhile in the background, all the coins are offered instant pool and exchange 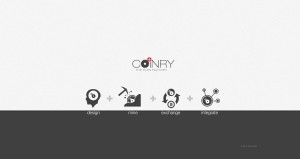 addition on iHash.co and ArchX.co, also property of Archcoin. This asset targets the simple concept that everyone in the world will eventually have his own cryptocurrency, from a firefighters using it to raise funds, to merchants offering them as discount vouchers, to students building their own coin to self-finance their own events…the possibilities are endless.

Blackcoin introduced the multipool concept to cryptocurrency as a way to insure constant buy pressure and ARCHcoin is taking that buy pressure to a whole new unprecedented level with Coinry.com by tying every single sale, every single multipool buy and exchange fees to the ARCHcoin fungibility. Best of all is that everything is pre-annouced to valid shareholders through its in-wallet features.

The second asset Moby.io aka “whale” is a project I have worked on for the past 3 years. It redefines the concept of leisure dwellings. I 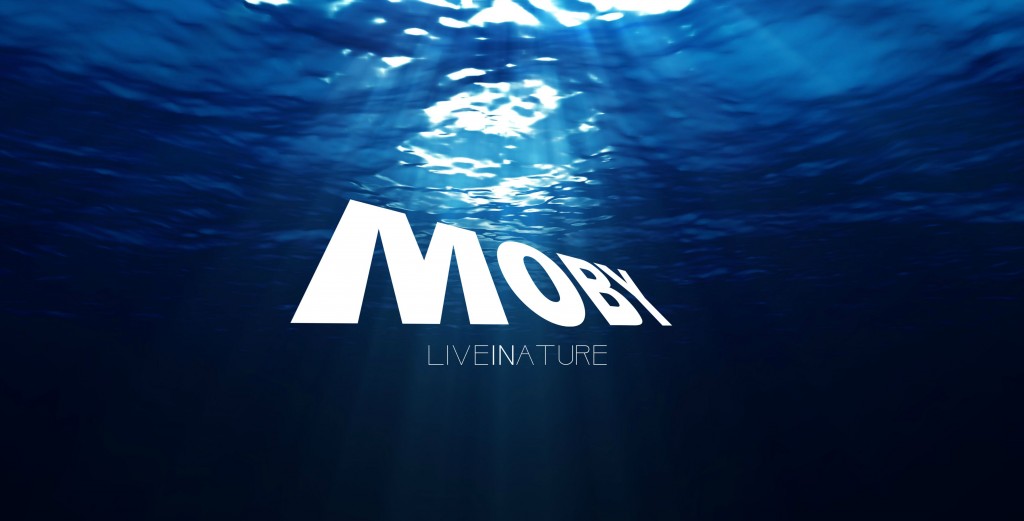 can’t expand much more on this because it’s scheduled to be fully released before the end of the ARCH crowdsale but it’s primary focus is to be marketed to the world as a visionary product sold primarily in FIAT.  Each order will also be announced to valid shareholders through the in-wallet features and will represent very large market buy ups.

Both assets work with the exclusive features as a new form of profit distribution through predictable volatility.

DAC’s are just a broad conceptual word to define various forms of distributed assets and services in this digital age while ARCH will be first tax paying real world venture capital company with stocks issued in their own cryptocurrency. ARCH will be backed by a real firm, digitally owned and managed through a virtual HQ whose shareholders will have legal rights to their part of the company after 365 days.

ARCH is theirs, literally.

7. What can we expect in the future from ARCH?

It is very hard to predict the future of anything, much more in this volatile experimental phase of crypto, yet my expectations is that ARCH will be setting new brick and mortar rules regarding how businesses are handled in cryptocurrencies.

Through Coinry.com ARCH will be actively educating the “rest of the world” about crypto, about terms like mining or exchanges, giving them their own coin and making those first steps as easy as possible. Everyone that doesn’t know crypto is the target and their first experience, their first pair on an exchange, will not be bitcoin but ARCH. Meanwhile ARCH will use Moby.io as our marketing medium putting ARCH on every magazine, website or social media through a great real product.

In the future I expect ARCH to develop many other assets and assimilate other blockchains into its ecosystem. Success will promote success and i’m sure ARCH will break the “trading logic” that tie most coins price to it’s total supply.