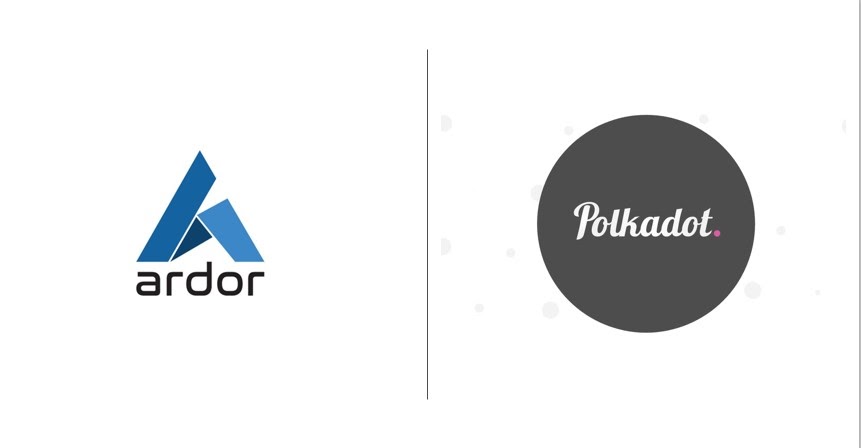 Ardor vs. Polkadot – Can an Established Platform Stand Up to the Newcomer?

Polkadot has been hitting the crypto headlines lately, after a long-awaited main net launch that’s been several years in the making. Recently, the project has quickly climbed up the cryptocurrency ranking tables amid the hype.

However, Polkadot isn’t the first of its kind to achieve this ranking success. EOS, XRP, and Tezos are all examples of projects that have been the subject of hot speculation and feverish buying action over recent years. Despite the hype, a recent academic study found that they’re mostly “ghost chains” with only a small volume of the total traffic accounting for actual value transfer.

In contrast, less-hyped projects have made the news for concrete achievements and real-world adoption. One example is Ardor, which has been working with the Austrian government on developing smart energy and COVID-19 tracking solutions. Ardor was also recently selected as the platform of choice for GiveSafely, a secure platform for charitable donations led by the BBB Wise Giving Alliance.

So, looking past Polkadot’s current popularity, how does it compare to Ardor on other measures?

Part of the intrigue surrounding the launch of Polkadot is due to its founder. As one of the original co-founders of Ethereum and the inventor of the Solidity programming language, Dr. Gavin Wood is one of the most well-respected names in the blockchain space.

The project has been attracting significant investment since Wood’s ambitious plans for an interoperable blockchain became known to the public. In 2017, Polkadot raised $140 million in an initial funding round, and by 2019, it was shooting for unicorn status despite being a year off the mainnet launch.

However, it’s worth noting that the Polkadot mainnet is still on a critical development path, with several phases yet to come. The current phase has launched the Nominated Proof of Stake consensus model, with future iterations due to launch full governance and functionality for its central Relay chain.

In contrast, the Ardor blockchain has been up and running since January 2018. The period since launch has allowed plenty of time for the project to develop out its mainnet, with the most recent upgrade rolling out improvements, including permissioned child chains and Ignis, the most popular child chain.

The team behind Ardor is also well-established in the blockchain sector. Ardor has its roots in Nxt, the first pure proof of stake blockchain that’s been up and running since 2013. Lior Yaffe was one of the core developers of Nxt and went on to found Jelurida, the company that developed – and continues to operate – Ardor.

Polkadot and Ardor have a comparable architecture, at least on a high level. Both have a central chain, with connected side chains. Ardor refers to this as a parent and child chain structure, whereas in the Polkadot nomenclature, the central chain is the Relay chain, and the side chains are called parachains.

Polkadot has an edge in terms of interoperability, as it enables other blockchains to connect to the Relay chain via a “bridge parachain.” While interoperability is perhaps its most significant selling point, given the project is still relatively new, it remains to be seen which blockchain projects will opt to connect in via Polkadot.

Theoretically, at least, enterprises operating private or permissioned blockchains can connect to one another using Polkadot’s framework. However, any organization that’s already eschewed public blockchains for development purposes may see it as being too risky.

Furthermore, because Polkadot is open-source, any enterprise wanting to develop its own parachain will have to hire in the necessary blockchain expertise to do so. The project foresees a future where parachains will offer ready-made features that enterprises could leverage as a dApp. However, this functionality isn’t yet available.

At least from the enterprise perspective, Ardor offers several advantages. Its operator, Jelurida, provides “blockchain-as-a-service” to enterprises wanting to develop on its platform. They can opt to implement their own permissioned child chain on the Ardor network.

Alternatively, they can take advantage of Ignis, Ardor’s main child chain. Ignis offers out-of-the-box features, including a voting system, asset exchange, marketplace, and data cloud. Users can opt for customized account and transaction control, and automation with lightweight contracts. Furthermore, as Jelurida is a company employing a group of blockchain experts, they can also offer consulting services that will help enterprises get up and running, meaning they can effectively outsource the expertise.

Ardor operates based on a pure proof of stake consensus, pioneered by its predecessor, Nxt. Even as the oldest proof of stake blockchain, Nxt has weathered seven years of continuous operation, providing a blueprint for the Ardor consensus model.

The main advantage of the pure proof of stake consensus is that neither Ardor nor Nxt operates any kind of a slashing protocol as part of its consensus. Slashing is where a validating node can lose part of its stake if it validates a block that should be invalid, on the basis that this is malicious behavior that damages the network.

Many proof of stake skeptics believe that slashing is necessary to deter a “nothing at stake” attack. However, Ardor developer Lior Yaffe has put forth a compelling argument that nothing at stake is a purely theoretical attack – a view that appears to be borne out by the longevity of both Nxt and Ardor.

However, this argument hasn’t convinced Polkadot’s developers, who have created their own consensus model. Nominated Proof of Stake (NPoS) is comparable to delegated proof of stake, in that there is an upper limit on the number of validating nodes. However, Polkadot avoids centralization risks by allowing a large number of nodes to participate.

NPoS deters malicious actors by applying the slashing protocol to those who vote for a validator which attacks the network. Therefore, DOT token holders participating in voting should be confident that the nodes they vote in are of sound reputation.

As one of the earlier movers into the development platform space, Ardor holds the clear advantage of being an established blockchain with a proven track record of adoption by governments and enterprises. However, as the newer entrant, Polkadot boasts some impressive credentials and is starting to close some of the gaps that come from being a later entrant. It will be intriguing to see if both platforms can peacefully co-exist in the future of the blockchain ecosystem.