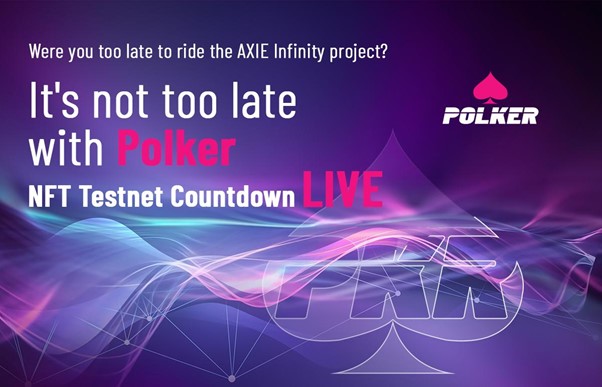 Polker has launched a countdown timer on their website to the official date of the much-anticipated ‘Testnet’ Game Launch. The timer indicates that the game is going to go live on the 11th of November and you can sign up to be part of this now. Polker is set to be the first fully free-to-play and play-to-earn blockchain NFT game in the space. The game is built on Unreal Engine, so not only does it have the power of the blockchain behind it – it has unparalleled graphics. Polker has developed a truly powerful and immersive game that pulls both the gaming world and blockchain space together for a full-throttle experience.

Polker’s ‘Testnet’ Game Launch is less than a month from now and Polker is going to continue delivering as the date closes in. Polker is in the process of getting its native token – PKR – listed on major exchanges throughout the month, making it even more accessible to the public. Polker is also preparing to announce some huge partnerships throughout the month leading up to the game release.

The ‘Testnet’ Game Launch comes not long after Polker announced the partnership and grant from The Polygon Foundation. The Polygon partnership allowed the project to migrate their transparency and auditability smart contracts to a scaling solution that relieves the gas fee and congestion issues that Ethereum’s main net currently has. Since transparency has always been a key focus from Polker, having all aspects of gameplay auditable on-chain is vital – and Polygon’s scaling solution helped the project achieve this.

Polker went through the final stages of penetration testing with Quinel recently to ensure that they had third party verification that the game was secure and fair. Having Quinel onboard meant that the community could relax knowing that the game was designed with security and integrity at the forefront. Having a team that is transparent and dedicated to security measures really sets Polker apart from others.

With the upcoming ‘Testnet’ Launch Polker and $PKR have a huge amount of growth potential. The fact that $PKR is now being listed on the centralized exchange BitMart increases this potential massively.

Even reaching half the market cap of AXS in the short term which is a much more reasonable expectation would allow for a 24,000% increase in value – an ROI that is too good to miss out on for any investor, especially with the likes of Akon backing the platform.

On the top floors of the world’s most luxury hotels, in the backrooms of elitist clubs – it’s rumoured that a certain collective sit down together. Some say that names like Dorsey, Musk, Trump, and Kim are mentioned amongst others – but these could just be pseudonyms. The rumours don’t end there – apparently, Polker has a room just like this, and the same names come up time and time again. Polker’s apparent Billionaire’s Game Room is shrouded in secrecy, but all that might be about to change. 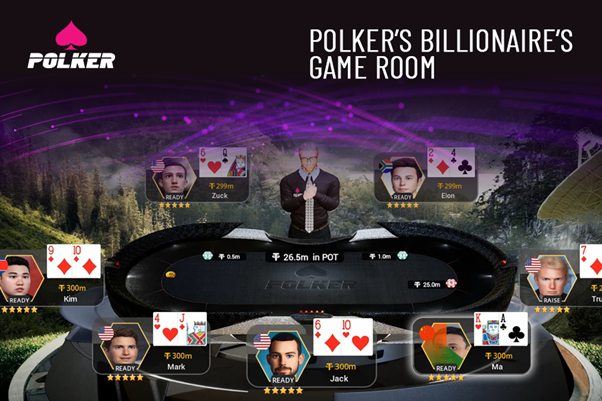 Polker is powered by blockchain technology, Unreal Engine 4, and patent-pending / patented protocols which allow for pure transparency and random number generation. Polker’s powerful play-to-earn platform is supported by the native token $PKR. The token is available on Ethereum at Uniswap and on Binance Smart Chain at PancakeSwap. For those who prefer to Purchase $PKR with a centralized exchange then the token is also available at BitMart. 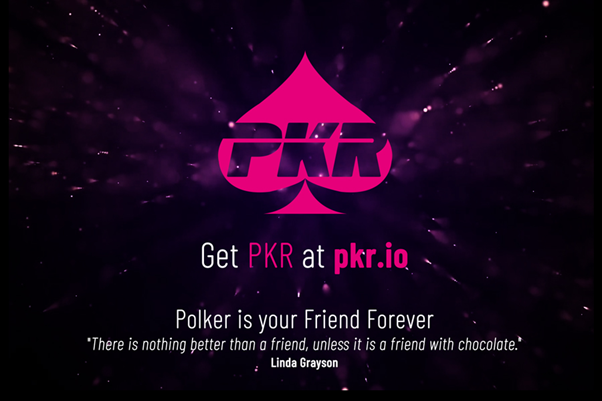 Polker.game is the first Play-to-Earn poker game powered by $PKR which uses Unreal Engine 4 for immersive and powerful gameplay. Polker utilizes an on-chain provably fair system for truly transparent gameplay. Polker has recently received a grant and partnership with Polygon as well as confirming the integration of Chainlink’s price oracles into their ecosystem. The first staking pool of the native token of Polker – $PKR – has recently been made available on Polker.Game and boasts close to 60% APY.