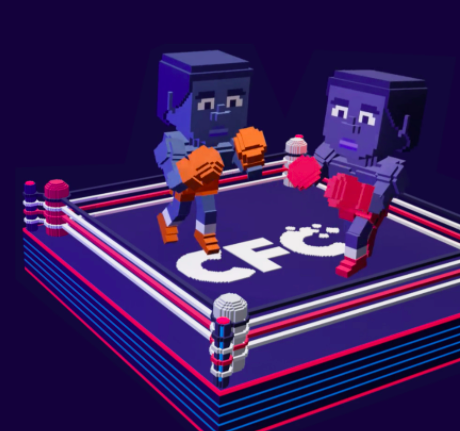 NFT games continue to emerge as a hot topic in crypto. One upcoming game that’s been on our radar here at Bitcoinist is Crypto Fight Club (CFC), an NFT-driven boxing style game. Play-to-earn NFTs are one of the hottest discussions around NFTs, and CFC looks to enter the market with a fresh take.

Let’s take a look at Crypto Fight Club’s details, and the current state of NFT games in today’s world.

The team behind CFC has put together their initial version of a detailed white paper, with the full scope and future roadmap for the project. The project will utilize the Binance Smart Chain to power fighters attributes. Additionally, CFC will unleash it’s own native token, $FIGHT. CFC players stake their $FIGHT tokens in player NFTs, and then can earn more tokens through training objectives, fight other CFC players, enhance player stats, or purchase other fighters.

Staking $FIGHT tokens will be via a Proof-of-Wait function, allowing users to earn interest on their fighter that in turn boosts their stats over time. That means longer and larger staking will have greater impacts on fighter attributes. Attributes will fall into three buckets: attack, block, and technique. Utilizing attributes in the right order can also unlock combos and killer moves. There will also be gear cards, like gloves, shoes, and trainers, that can impact fighter performance.

When it comes to tokenomics, there will be 1B $FIGHT tokens at a $0.02 initial price point. Token launch is anticipated by end of year, with play-to-earn gameplay roadmapped for early next year. As the whitepaper aptly notes, unlike the traditional ‘Fight Club,’ the first two rules are that you talk about Crypto Fight Club.

A Battleground… Both Micro & Macro

Sure, CFC is a fighting game, but it comes down to more than players battling it out in the crypto fight club. There’s also a macro battle for players and attention, albeit in a rapidly growing space where more players and more attention are coming to the space.

Measuring the TAM of play-to-earn and adjacent NFT games is far from an easy task. However, as the CFC whitepaper notes, there is massive growth potential – with some analysts anticipating 10X YOY growth in the broader NFT market.

Our team at Bitcoinist is continually highlighting emerging projects that come across our radar; our recurring installment, ‘New Kids On The Block,’ is a segment exclusively dedicated to covering new and upcoming crypto projects. Earlier in the week, we covered upcoming NFT lending platform utilizing the Flow blockchain, Flowty.

Keep your eyes peeled on Bitcoinist for more of the latest highlights and recaps on emerging platforms and projects in crypto.