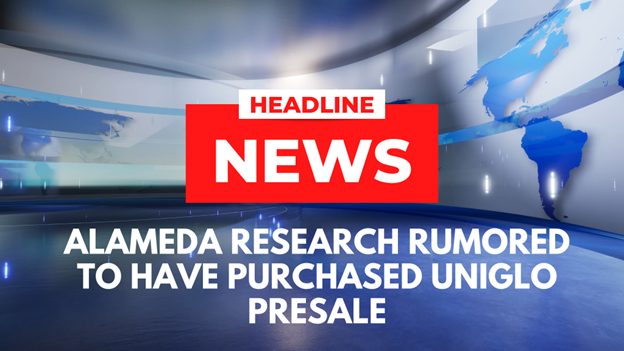 As with any start-up, be it a restaurant, tech company, or crypto project, having a set of quality investors from the very beginning with the ability to provide additional support and capital is one way of ensuring the longevity of a project.

Uniglo, a new project due to launch on Ethereum this year, is a treasury-backed token that, unlike other protocols that promise backing of the token with crypto token assets, aims to bring tokenized versions of real-life assets with a true value to their vault. These real-world assets, being much less volatile than cryptocurrency despite still gaining value year after year, will create solid ground support for price action. In addition to these more stable assets, a small set of more volatile asset trades will likely be carried out to assist in boosting the vault size and ensure continued growth. With a burning system in place that is designed to remove tokens from supply continuously, supply shock will likely generate a healthy positive price action. Getting your hands on a share of these ever-expanding vault assets will very likely generate considerable wealth for those that take the leap of faith.

Alameda Research, backed by Sam Bankman-Fried, is one of the biggest Venture Capitalist (VC) companies in the cryptosphere and has been a driving force behind the meteoric rise of both Solana and Fantom, as well as the highly used exchange FTX.

Fantom coin originally launched in 2018. Up until the point of the Fantom Opera mainnet launch in December of 2019, Fantom at times traded for under $0.01. Topping out earlier this year at a lofty $3.50 represents an over 350x profit, which has certainly created generational wealth among numerous holders.

Despite technically being competing blockchains, one similarity between the two that assisted these meteoric rises was the investment from Alameda Research. Using the contacts, financial knowledge, and capital resource at the disposal of the Alameda team, it was almost an inevitability that both Solana and Fantom would greatly outperform the market as a whole. Even at the bottom of these bearish times, those early investors would still be up 20-30x from their initial investments, no mean feat.

Those buying Uniglo or already in the community discussion channels may have noticed a significant increase in GLO tokens sold during phase 2 of the presale. Our crack team of on-chain analysts has managed to trace back some of these larger buys to wallet addresses previously used by Alameda and FTX exchange wallets themselves. Although inconclusive evidence as it stands due to the nature of blockchain anonymity, it certainly raises the questions of if these wallets are still under the control of Alameda and if so, what their plan will be to create a similar rise to stardom as they have previously done with other projects. It also makes sense to consider that if they have invested, their advice would be the main reason the project start has been delayed by one month.

No one can say for sure that Alameda has invested. However, the likelihood is high. With time ticking down to the end of the presale, the window for getting in alongside them with an additional bonus is slowly closing.