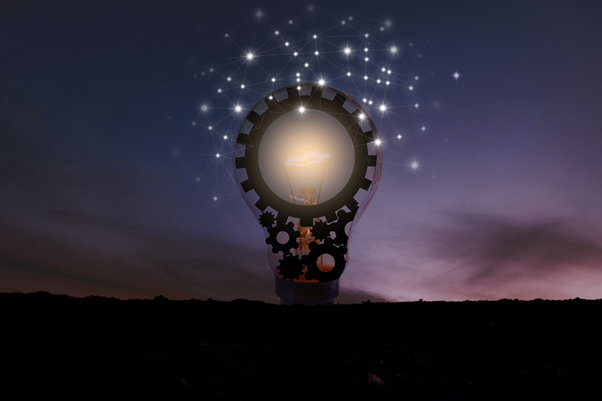 Assessing Blockchain’s Brightest Innovations for 2022 and Beyond

2021 has been a banner year for blockchain. While much of the global news agenda revolved around lockdowns, vaccines and other byproducts of the pandemic, the total market value of cryptocurrencies rose above $2 trillion, fell back – then retook the milestone.

Goings-on in the blockchain world induced a kind of breathlessness this year, and there’s no reason to anticipate a slowdown anytime soon. On the contrary, it seems like very early days for NFTs, GameFi, CBDCs, and blockchain technologies more generally. Big banks are getting into crypto custody while social media giants are transitioning into metaverse companies. Layer-2 and multi-chain DeFi platforms are witnessing record inflows while privacy-preserving solutions built on DLT are proliferating.

In short, there’s plenty of reason for optimism as we look towards 2022 and beyond.

Is Blockchain the Future of Credit Lending?

Financial products built on blockchain rails only really came to the fore with the rise of decentralized finance in 2020. The DeFi sector – which aims to recreate the traditional financial system minus intermediaries – took center stage and finished up the year having grown 2,000% since January.

And this astonishing growth hasn’t stopped. At the time of writing, the total value locked (TVL) in DeFi protocols stands at $257 billion – up 10x since the start of 2021. While many DeFi protocols are geared towards speculation (degen traders flipping low-cap coins), one promising area is credit lending, where the unbanked and underbanked can get access to credit all on the blockchain.

Creditcoin is one such project. A dedicated credit history blockchain, the platform facilitates peer-to-peer lending without users needing to prove over-collateralization – something that is common with DeFi protocols. Thanks to its decentralized credit lending infrastructure, the network provides fintech and microfinance providers with greater access to capital, while ensuring instantaneous settlement for borrowers. Smart contracts built on top of Creditcoin, meanwhile, can be used to aid contract enforcement within the ecosystem.

Naturally, those who have been excluded or underserved by traditional financial institutions are a target demographic for Creditcoin, which aims to enhance the global credit economy by making it work for everyone. Its lead technology provider, Gluwa, has already helped facilitate millions of blockchain-based transactions in Africa through its work with another credit venture, Aella, which is also part of the Creditcoin ecosystem. Last month, Gluwa was selected as a winner of the Inclusive Fintech 50 (IF50) competition, in recognition of its work to ‘bank the unbanked’ in emerging markets.

Creditcoin’s vision of an inter-blockchain lending market is certainly ambitious. But if it can serve the needs of the millions who can’t access a reliable credit system, it’ll prove to be one of blockchain’s great use cases.

The privacy credentials of cryptocurrencies aren’t uniform: while bitcoin is pseudonymous, monero is very much anonymous. However, blockchain technologies do have the potential to level up privacy and prevent data leaks.

This year, Switzerland-based privacy startup Nym Technologies welcomed $6 million of investment to create “an open-ended anonymous overlay network that works to irreversibly disguise patterns in Internet traffic.” By using a combination of mix nodes and an anonymous credential cryptosystem, Nym routes web traffic in such a way as to make it untraceable even to powerful global adversaries such as the NSA. (Tor, according to Nym, is only designed to protect against weak adversaries.)

A blockchain maintained by validators decentralizes operations for the entire Nym network – including the membership and configuration of the mixnet, the issuance of credentials, and the distribution of crypto rewards. Interestingly, blockchain forensics firm Chainalysis, which often works with governments and tax agencies to deanonymize crypto users, is name-checked in Nym’s whitepaper which warns against private companies “monitoring not just the data available on blockchains but also the metadata of the peer-to-peer traffic of a blockchain to discover network addresses… and make inferences about private transactions even in systems with on-chain protection such as Zcash and Monero.”

As if to burnish its pro-privacy credentials, Nym is working with whistleblower Chelsea Manning, best known for leaking classified government documents to Wikileaks in 2010.

Another project best filed under One to Watch is Flare, the world’s first Turing-complete Federated Byzantine Agreement (FBA) Network. Designed to “bring together the value of non-Turing complete tokens with the transformative power of smart contracts,” the EVM-compatible platform recently launched its sister network Songbird, which will function as a proving ground for new innovations and dApps before they debut on the Flare mainnet.

Since going live in September, Songbird has integrated Panther’s Shielded Pools into its EVM to enable on-chain privacy for users, and has seen over 218,000 wallets created. Moreover, users have made some 2.8 million transactions.

Flare is doing something entirely different from other projects in this space; its USP is that it makes ‘dumb’ chains like XRP, LTC, BTC & DOGE ‘smart’ by equipping them with smart contract capability. Little wonder the platform managed to raise $11.3 million in a round led by Kenetic Capital earlier this year.

Unlike existing DEXs on other chains, Maiar functions as a payments app and mobile wallet, providing users with a convenient means of interacting with the 100,000 tps blockchain. Interestingly, Maiar’s Exchange LP tokens are tradeable, meaning users can supply liquidity, then sell their position or even take a loan against it, utilizing their LP tokens as collateral.

Elrond has been busy making moves in other areas, too; the platform recently finalized the acquisition of Romanian e-money licensed firm Capital Financial Services S.A. A principal member of both Visa and Mastercard, the company provides payment processing services to over 300 merchants, including the country’s largest airliner Blue Air. While Elrond is still awaiting approval from Romania’s National Bank, the takeover could be a game-changer for the company.

If the digital asset industry is to continue its upward trajectory, institutions must be confident that their funds are, as it were, under lock and key. Custody is a huge business in crypto, with the key players – Coinbase and Gemini – each securing tens of billions of dollars worth of assets for major institutional clients. Indeed, Gemini claims to have more than tripled its crypto-assets under custody this year.

With demand from hedge funds and family offices growing, multinational security firm Prosegur has branched out into crypto custody. And the foray clearly wasn’t sketched out on the back of a matchbook; Crypto Bunker is described as a “multi-layer defense-in-depth mechanism,” one that incorporates over 100 physical and digital protection measures in six interwoven security layers of two unreachable environments: cold storage and cold space.

In a recent interview, Prosegur Crypto CEO Raimundo Castilla elaborated on the company’s solution, saying it “provides the confidence of knowing that funds are in the hands of a specialist whose constant effort is focused on ensuring maximum asset protection, allowing crypto operators to focus on their core business… without having to deal with such a complex and critical aspect.”

Among its many defensive layers, Prosegur’s Bunker features an air-gapped cold vault that allows clients to execute blockchain transactions offline; there are also closed-circuit cameras, biometric access, specially designed firewalls, and sophisticated cryptographic systems in place to protect against cyber-attacks.

Although it’s new to crypto, Prosegur has specialized in security for many years. In fact, the company currently secures over $400 billion in assets for clients such as major financial institutions and banks.

The Talk of the Town

In truth, it’s tough to predict which innovations will be the talk of the town in crypto over the next 12 months. After all, it’s an industry that moves at warp speed; one that makes fools of self-professed clairvoyants more frequently than any other. Nevertheless, we’re banking on the aforementioned projects to make their mark.