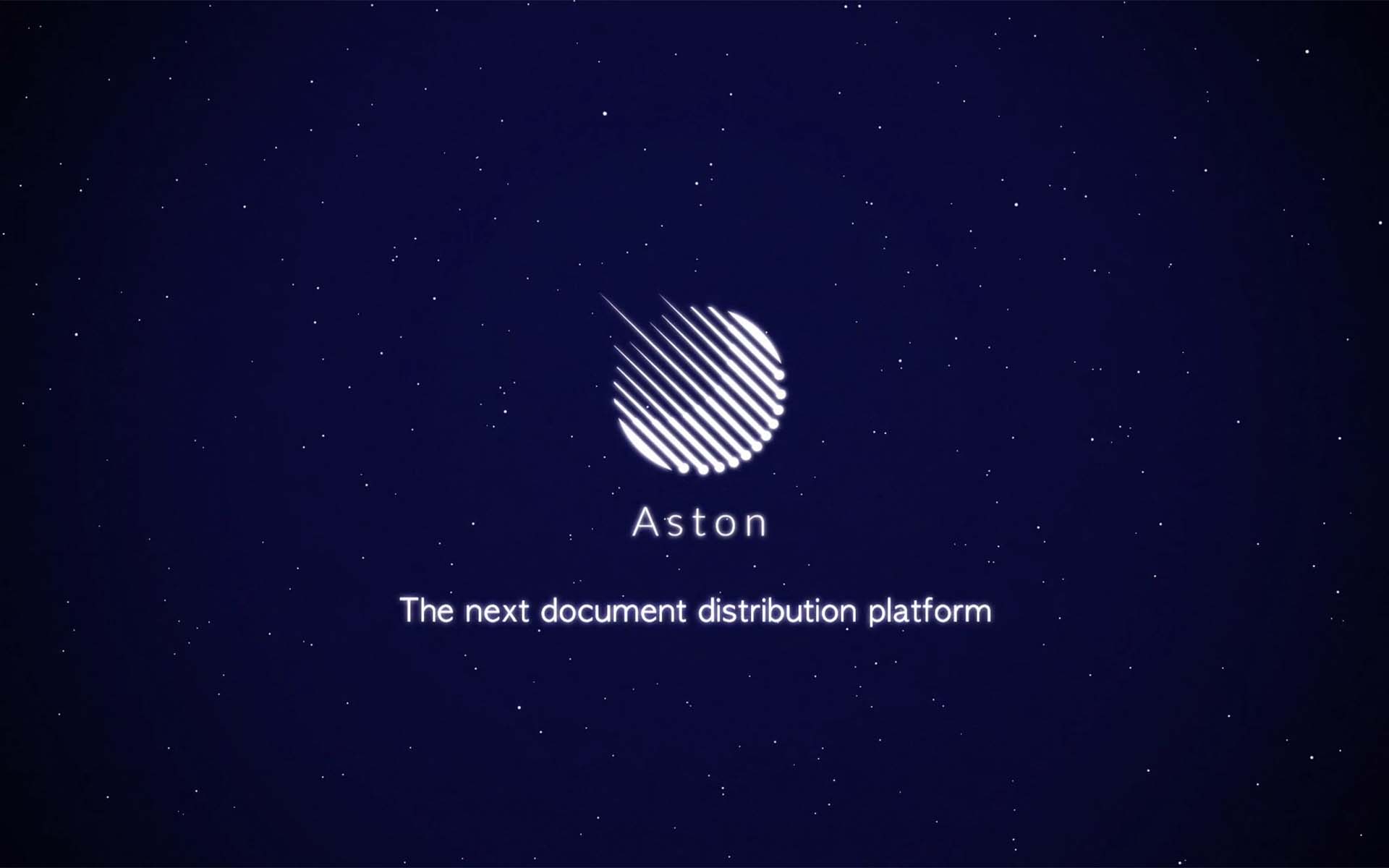 Everyone at one time or another has had this common problem; Documents not getting to where they need to be on time. Whether it was late Mortgage Docs causing a delay in closing, late prescriptions to pharmacies causing painful wait times or even patient docs being delivered to hospitals late; These issues can cause irreparable damage. Aston’s new Auto Document Distribution Platform based on Blockchain Technology makes waiting a thing of the past.

Los Angeles, CA – Nov 19, 2017, Aston made headlines this week with the announcement of a fresh ICO based on a Next Generation Document Distribution Platform that they have developed. ASTON is a completely decentralized document authentication platform which has been built on X-chain, a better version of conventional blockchain technology. ASTON streamlines the authentication of digital documents making hard copies of sensitive documents and trusted third-party institutions relics of the past.

This Initial Coin Offering is highly anticipated not only because of the merits of the ASTON Platform but also because of the team behind ASTON. The team at ASTON has several achievements under their belt, with the most notable being the Medical Proof Certification that enables hospitals to issue and retrieve documents to/from patients to fill out via Smartphone. In this case, the Blockchain Technology eliminated the problem of storing and securing sensitive information. Aston is currently partnered with over 90 Hospitals in Korea that have adapted this pilot medical certification service. Another notable achievement of Aston is Doorian, the first blockchain-based mobile FinTech platform in Korea.

During a recent seminar, the company spokesperson for Aston was quoted as saying, “We are extremely excited to introduce this new Document Distribution Platform to the market. Hospitals, Banking Institutions and Governmental Organizations are just a few that will be adopting this technology in the near future. It wouldn’t have been possible to have such success with our ICO Launch without the support from so many players in multiple industries. This ICO is going to be one for the record books and we can’t wait to see consumers benefit from it by getting their documents where they need to be at the speed of light!”

This highly anticipated ICO is set to launch on December 11, 2017, and current market demand indicates that this will be a sold-out event. As with any opportunity, it is important to get in early while the discounts and bonuses apply, as the ICO’s maximum profits will be achieved by entering into it during the Pre-Sale.  The Pre-Sale will begin on December 6, 2017, and all investments during this period will receive a 30% Pre-Sale bonus. Pre-Sale is set to close on December 10, 2017, at which time the ICO will Launch and will be open to the public.

To learn more about investing in this ICO or to learn about how companies are adopting the Aston technology, visit their official website at http://www.aston.company or read their Whitepaper directly by clicking here.