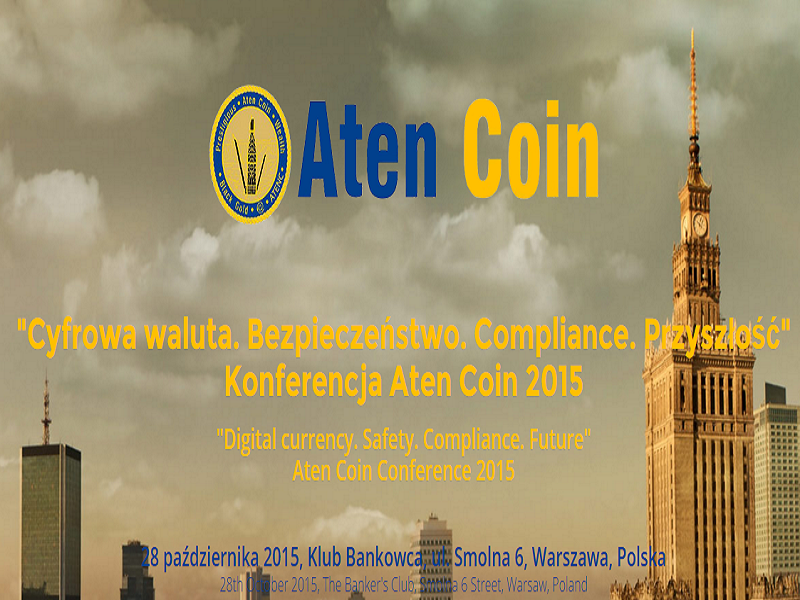 Aten Coin is a cryptocurrency quickly becoming the go-to Altcoin for people interested in enjoying benefits that cryptocurrency can bring to the financial industry, while maintaining the highest levels of government compliance. Aten Coin will be introducing a new blockchain, known as the “privately regulated public blockchain,” as well as hosting a conference to talk about the future of the coin. I spoke to Marcus Andrade from Aten Coin regarding the new blockchain, the conference, and government compliance.

In 2012, a group of programmers and entrepreneurs led by Marcus Andrade started working on the Aten Coin project and in early 2014 when development was nearly finished, Mr. Andrade formed the National Aten Coin Foundation (NAC) which has a cryptocurrency named Aten Black Gold Coin (also called Aten Coin).It is based on the Bitcoin protocol, but with additional features to achieve anti-money laundering, anti-terrorism and theft-resistance. The purpose was to create a coin that was government friendly.

Can you explain why Atencoin decided to go with a private blockchain?

Indeed, we are going with a “privately regulated public blockchain”, not “private blockchain:”.

The blockchain of Bitcoin is considered to be a “Public Blockchain”. Anyone in the world can read, modify and verify it. No one can own and control the blockchain. Anyone can freely create bitcoin addresses and freely use their addresses to receive and send bitcoins. Recently there has been a lot of discussion about how to modify and make use of the Bitcoin’s blockchain technology. We believe in the concept of decentralized banking and public blockchain, which provide 100% transparency of transactions and allow decentralization of transaction verification and block generation (i.e., mining). However, a 100% public blockchain technology, which has no central governance, has generated a lot of problems, especially the use of Bitcoin in criminal activities, terrorist financing and it is susceptible to theft.

We believe that a hybrid distributed ledger technology provides a better approach for regulating a cryptocurrency while maintaining the beauty of Bitcoin, i.e. decentralized banking. For example, The Bank of England has said that central banks are looking for ways to implement “hybrid systems” involving distributed ledger technology which is similar to the technology currently used to record bitcoin transactions. In 2013 we decided to develop a new cryptocurrency which would function in a similar way as Bitcoin, but would be regulated by a private central governance body and would comply with regulations concerning anti-money laundering and terrorist financing as well as other government regulations. On the basis of the “privately regulated public blockchain” concept, we have invented a novel personal identity-linked credential authentication protocol, and built into the source code of Aten Coin. 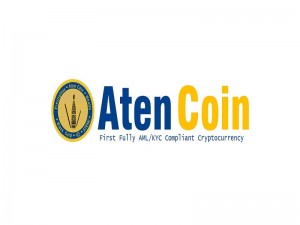 Acceptance and Business side of Aten Coin:

What is the goal of the upcoming conference and what are the topics that will be discussed there?

The goal of the Aten Coin Conference is to promote Safety & Compliance of Digital Currencies. For more information, please visit AtenCoinConference.com

Thanks for your time, Marcus. It’ll be interesting to see what milestones Aten Coin achieves next.

Do you agree with the ideology of Aten Coin? Is embracing government compliance the key to further cryptocurrency adoption? Let us know in the comments below!