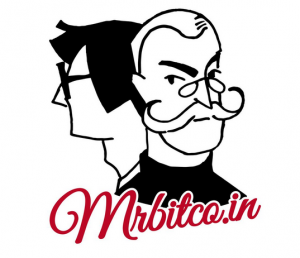 MrBitco.in announced that they have officially sold the last Litecoin on their ATM network and do not plan to support it on their platform in the future.

According to an announcement on Reddit from the Netherlands-based collective, the reason to pull Litecoin sales from MrBitco.in ATMs is due to low interest in the currency and a small market.

Dwindling user interest in Litecoin caused us to decide to stop selling Litecoin through our ATM network,” the collective said. “The number of Litecoin sales (compared to Bitcoin) was so small that we concluded there is no market for Litecoin sales via ATMs in The Netherlands.

After stopping Litecoin sales, MrBitco.in said they liquidated any and all of their Litecoin assets in order to focus on the core of their business, Bitcoin.

MrBitco.in ATMs supposedly sold Litecoin at market rates before dropping the cryptocurrency, but said that the process was not automated, causing a lot of work for the few transactions they were seeing. Because of this, Kenny Rokven of LitePaid said the issue doesn’t lay within Litecoin disinterest, but MrBitco.in’s faulty process.

Your problem is the manual converting. We can do that for you and as you know we are a Dutch based company,” Rokven responded. “We process Litecoin transactions every day, so there is a market.

Although they understand that the news is not something the Litecoin community wants to hear, they claim the low interest doesn’t make the coin viable for their business to support.

We are aware this is a bit depressing news as we were the first ATM Collective to push Litecoin onto our ATMs and also the first one to pull support for this coin but reality has shown that there is just no market for Litecoin in The Netherlands at the moment,” MrBitco.in explained. “We love Litecoin and most other crypto coins at MrBitco.in but are forced to make this decision because of lack of interest in the coin and can’t afford to keep large amounts in storage when interest is just not there.

The ATM collective said that one of the largest challenges they faced was that their ATMs allowed for buying Litecoin, but there were little-to-no shops in the surrounding area.

It just doesn’t make much sense at the moment,” they said. “We will add it back once (if ever) local businesses start accepting it.

They also added that they are adjusting to demand, and are still closely watching Litecoin. They plan on returning once the market is in the right position.

What do you think? Can the Litecoin community drum up business? Let us know in the comments below!