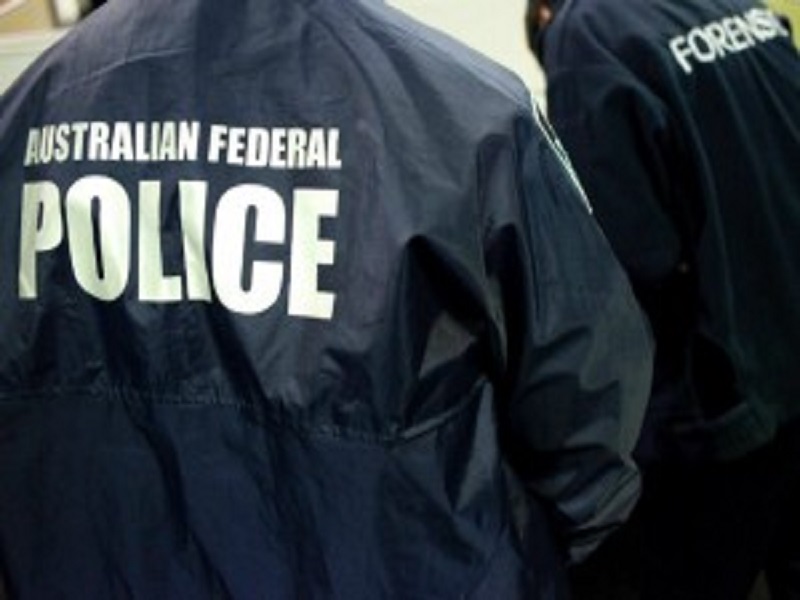 A clandestine operation conducted by the Australian Federal Police (AFP), in conjunction with the United States Homeland Security Investigations (HSI), has resulted in the toppling of an international illegal operation connected to bitcoin. The activities were partially funded through bitcoin and occurred through the so called “dark web,” which is a distributed network  where many online black market services are provided.

According to the press release issued by Australian authorities, the multinational sting was initiated when the Australian Customs and Border Protection Service (ACBPS) passed down key information about the arms trafficking activities to HSI. Acting on the information obtained from the ACBPS, the HSI decided to follow up with an investigation of their own. Their investigation involved HSI agents creating an alias account to come in contact with people implicated. Through this covert account, the agents identified Australia-based customers attempting to illegally buy firearms. With further information acquired, this led to six controlled deliveries of parcels to addresses located  in Queensland, New South Wales, Victoria, and the ACT.

The delivery of the parcels resulted in 15 search warrants being issued in February and March. Although the investigation focused on the illegal trading of firearms, it also resulted in the seizure of drugs that were exchanged through the underground client-base. It is not uncommon for stings directed towards illegal online activities to uncover supplementary illegal activity not within the purview of the initial investigation. In all, four illegal firearms, two clandestine laboratories, ammunition, precursor chemicals, methamphetamines, pseudoephedrine, steroids, computer equipment, and mobile telephones were seized as the result of the arms trafficking investigation. 34 charges have been made relating to the operation thus far.

Australian authorities see the investigation as a huge success, considering it to be a blow to online crime, which strengthened national security from firearm threats. The ACBPS National Director Investigations, Assistant Commissioner Steve Lancaster, went as far as saying that it was was the most successful darknet firearms investigation conducted in Australian history.

“Disrupting the supply of illegal firearms remains a priority for the AFP, and the success of this operation is another example of the results that can be achieved through cross-agency collaboration.”

On a global scale, the operation has led to the arrests of 17 people in North America and Europe. In addition, as part of the overall investigation, $80,000 worth of bitcoin have been seized; the arrests also led to further confiscation of drugs, firearms, and ballistic armor.

The sting operation is just one of the more recent that have involved illegal activities relating to bitcoin. The short history of Bitcoin has already seen many attempts by online black merchants to take advantage of the built-in anonymity of the network as a way to hide their activities. The most prominent example being Silk Road and it’s reincarnation, Silk Road 2.0. Silk Road was a large online black market used primarily to buy and sell drugs, whose payment system revolved around the use of bitcoin with all transactions being conducted through the digital currency. The managers of the black market held the bitcoin in escrow, allowing them to fix the value of the bitcoin to its dollar amount at the time of the transaction in order to mitigate any volatility problems. It has been estimated that $15 million in transactions were made annually — some estimates put that number even higher. According to data gained from the silk road servers from 2011 to 2013, these transactions generated over 9.5 million BTC in revenue, which at the time was roughly worth $1.2 billion. The owner of Silk Road, Ross Ulbricht, was arrested by the FBI in October of 2013 in San Francisco. Over 140,000 bitcoins were confiscated by the FBI from his personal computer, worth nearly 30 million dollars.

The success of these covert operations has been contested by economists and other experts alike. Generally, the war on drugs has been steadily declining in support, and many have said that the illegality of drugs and other things like arms trafficking is what creates the black markets in the first place. This claim seems to have been given some merit, as the Australian Broadcasting Company reported in 2014 that the closing of Silk Road had no effect on the online market for drugs, and in fact drug sales seemed to have increase afterwards.

In contrast, law enforcement agents continue to persist that their efforts have been successful. In the press release, a HSI representative shared similar sentiments with the media that also served as a warning to any who would think to engage in such activities in the future.

“People using these sites should not be fooled by claims of online anonymity; each transaction builds up a global web of intelligence which international partners are using to target you.”

Whether or not they will be proven right remains to be seen.

What do you think of bitcoin being used to fund illegal activities like arms trafficking? Let us know in the comments below!