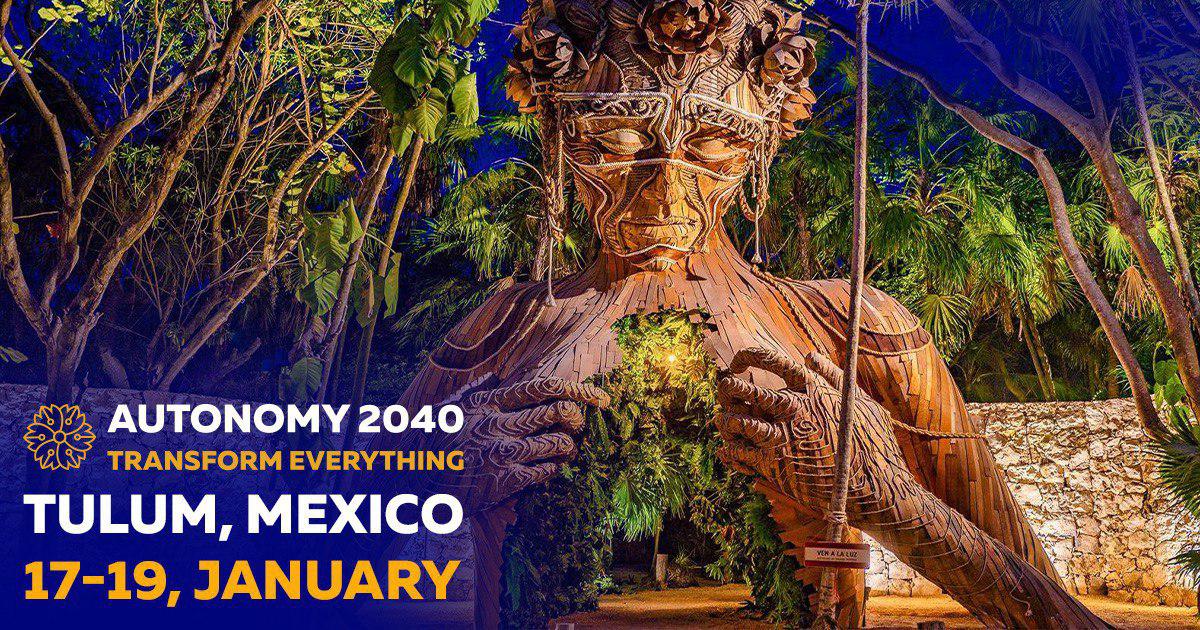 Autonomy 2040 announces the second-anniversary celebration event for the blockchain community that will be held on January 17-19, 2020  in Tulum, Mexico, and invites enthusiasts and startups to explore research-based economic foundations of the future economy with university-level experts.

Humanity is entering into a new cycle of development, which will bring along a new type of socio-economic structure. While witnessing those changes, that point towards the unfolding of the new “Golden Age”, and finding endorsement in the theories proposed by Schumpeter and Kondratyev, we call out for like-minded leaders to jointly reveal and discuss the key factors of the future dynamics.

3-day Autonomy 2040 event aims to bring up strong theory-based discussions with top economics professors to jointly explain the changes that are happening to the economy thanks to emerging technologies such as blockchain artificial intelligence, the internet of things and robotics.

We are holding educational seminars and workshops to expand on such topics as economic cycles, the tokenomics place in general economical cycles, prognoses building in wide economic content, and algorithmic token distribution along with other profound matters.

Co-founder of Futurama Innovators Summit Joshua Hong has revealed that organizers “want to bring some of the hard research-based economic theories by Carlota Perez. who wrote “Technological Revolutions and Financial Capital”, which is based on some of the prior work done by Joseph Schumpeter from Harvard University & the Soviet economist Nikolai Kondratiev.

“These economists had this amazing idea that economies, where capitalism is the main engine, usually go through these cycles of 40-60 years. Jake Ryan suggested that we are now at this age of economy when automation, AI and blockchain will take entire humanity to a new level of productivity  that we have not seen before, and Dr. Parase hold it “the Golden Age”

The event is held in celebration of the second anniversary of Futurama Innovators. The location, Tulum, where visitors will be able to discover the Mayan civilization remains, has been chosen to reflect that our decentralized future has some similarities with the empire that was built fully decentralized, right in the middle of the rainforest, sustaining the harsh climate.

Autonomy 2040 is the combination of TED, Singularity University, Summit Series and good old Futurama. It was built with a goal to explain all of the incredible changes that happen in society, and not just purely from a tech point of view, but also from the economic, political, and cultural perspective.

Autonomy2040 is a private membership club for technological entrepreneurs and experts. Autonomy 2040 aims to improve and enhance the emerging technologies business climate by bringing together business leaders, investors, and startups, facilitating dialogues and assisting businesses to meet their goals.