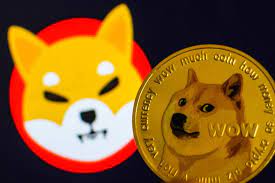 Baby Doge, a precocious meme coin spawn off from Dogecoin, has seen a 40% price loss in just a week. The coin which came into prominence after the Elon Musk tweet has now seen massive price dips as the hype dies down. The price of the coin has continuously since it peaked back at the beginning of July.

Following the growing popularity, attempts were made to keep the hype going. A Nascar Xfinity Series car was wrapped with the Baby Doge logo in Atlanta last week. Images of Baby Doge were plastered all over the Brandonbilt Motorsports’ No. 68 Chevrolet Camaro. This marketing stunt would be an attempt to give even more notoriety to the coin. But despite this, the price of the coin showed on Monday that the price was down about 40%.

The Rise Of Baby Doge

Baby Doge was created and launched sometime in June 2021. The coin has no recorded creator or creators to speak of. At the time of creation, it was just another meme coin that would fall into obscurity. But the fact that the coin carried the iconic Doge name seemed to help its growth.

The coin experienced slight growth in the first weeks of its launch. Slowly but steadily making small climbs. This is typical of meme coins. They’re usually pump-and-dump schemes used to make a quick buck by investors. People in the market sometimes liken investing in meme coins to gambling in Vegas.

Baby Doge coin then got an unexpected push from the self-acclaimed Dogefather himself, Elon Musk. Musk had tweeted earlier that day about releasing the Doge. Continuing with his tradition of tweeting about Dogecoin to push the price up. But his subsequent tweet then referred to an entirely new coin.

Using Baby Doge, Musk made a parody of the infamous children’s song Baby Shark. Once the tweet went up, it was pretty clear what Musk was talking about and investors rushed to buy the coin.

The Fall Of Meme Coins

So far, meme coins have seemed to be able to hold their own. But not without taking a few hits in the market. The OG meme coin Dogecoin has seen its price fall over 50% of its all-time high. The coin which had seen prices of over $0.70 is now back down trading at a little above $0.20.

Baby Doge has not been left out of this downtrend. After the coin pumped in response to Musk’s tweet, the price rose continuously for about three days before crashing back down. At its height, the market cap of Baby Doge reached almost $2 billion.

The popularity of the coin continues to decline regardless. In response, the project has donated to two animal shelters in the U.S. in a bid to keep the hype going. Plastering Baby Doge’s logo across the donated fan and website for The Furkids.

Despite this, the price of the coin continues to plummet. Losing 40% in just a single week.