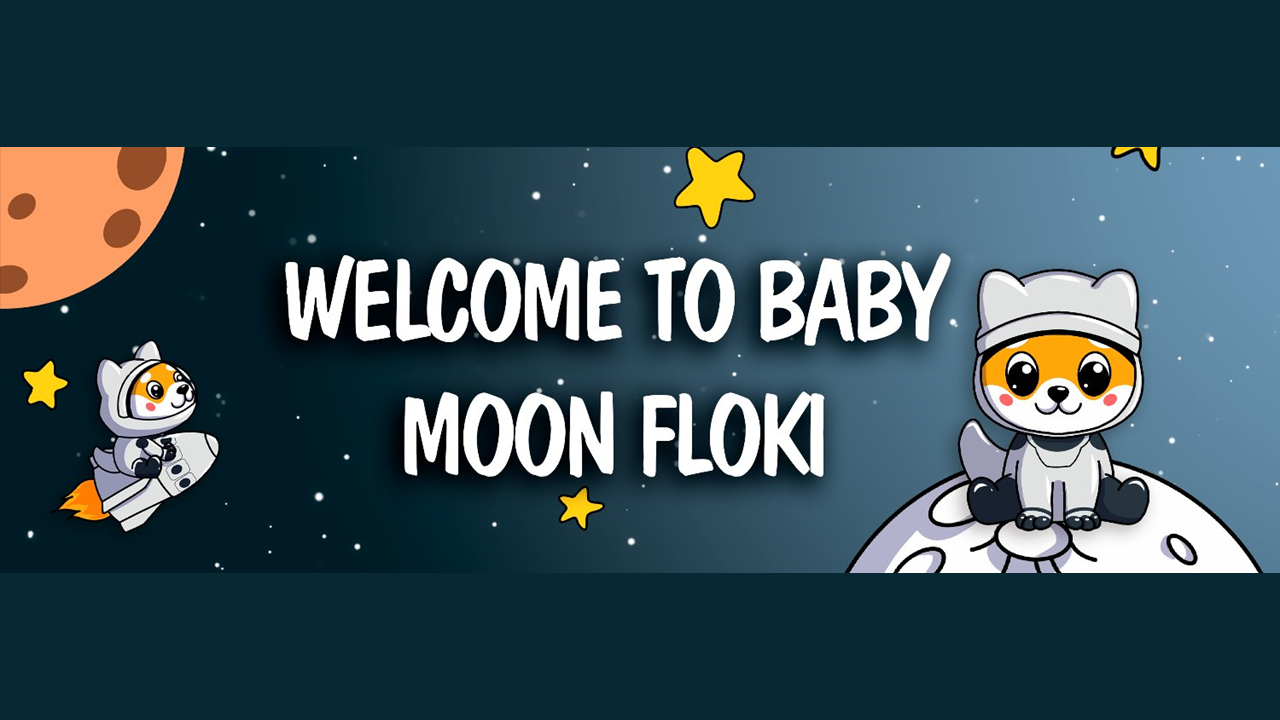 The emergence of meme coins is occurring at a faster rate than most investors can keep up with, and many of the numerous projects being launched showcase a hazy roadmap to ride into the moon in the near future. This is one shortcoming that the Baby Moon Floki token has come to correct as the project has a clearcut ambition and a working roadmap that promises increasing value addition for the memecoin’s long-term growth.

What is Baby Moon Floki? Project Ideologies and Tokenomics

Baby Moon Floki is a digital token that is built for the global community of investors and brands itself as a hyper-deflationary token that has a smart exchange system built into the ecosystem. By virtue of its design, Baby Moon Floki automatically sends rewards directly to the wallet of holders of the coin, one of the primary reward schemes for the project supporters.

Baby Moon Floki is built on the Binance Smart Chain (BSC) blockchain and is notably supported by Tesla co-founder and CEO Elon Musk who has taken a special liking to dog-themed digital tokens in recent times.

The token’s ancestry traced back to Floki Inu, another memecoin named by Elon Musk. Floki Inu’s ambition to become the first to step its feet on the moon has also been adopted as a goal for the Baby Moon Floki project, and the token is working towards the actualization of this dream. The Baby Moon project was well received by the community in part for its clear-cut distinction in its ambitions, and also by virtue of its defined processes to achieve these goals.

Every time a transaction occurs with the FLOKI Token, a 12% fee is charged. 6% of this goes back to the buyback or liquidity pools, 2% is given out to holders in the form of rewards while 4% of the transaction fee revenue is designated for marketing and development.

Baby Moon Floki was founded in early October this year and since its inception, it has garnered massive traction per its defined roadmap. Amongst the achieved milestones thus far include the listing on CoinMarketCap and Coingecko, and it currently has more than 39,400 holders according to data from BSCScan.

The Baby MoonFloki smart contracts have been audited by the TechRate audit company with a pass mark across all areas of the contract functionalities that were assessed.

The project still has quite a long way to go as it is yet to float the built-in exchange for its community, as well as the incorporation of the Non-Fungible Token (NFT) feature. While the project has achieved its targeted number of holders based on its growing popularity amongst investors, it is yet to reveal any major centralized exchange it plans to list its tokens on in the near future.

With its deep connections to the Tesla world, Baby Moon Floki plans to do a Tesla giveaway when the total number of community members holding its token exceeds $100,000. Details on the giveaway are yet to be revealed, however, with the fast growth the protocol is experiencing at the moment, the timeframe is arguably around the corner.

Baby Mon Floki was established to re-echo the need for trust, transparency, longevity, and a focus on its community. The protocol is arguably walking the talk of these and many more tenets, all of which are designed to fuel its growth in a bid to model the iconic paths that have been laid by pioneering memecoin Dogecoin (DOGE), and Shiba Inu (SHIB). Beyond the currency roadmap that Baby Moon Floki brandishes, it aims to unveil additional products, offerings, and services that will benefit its community in the long term.