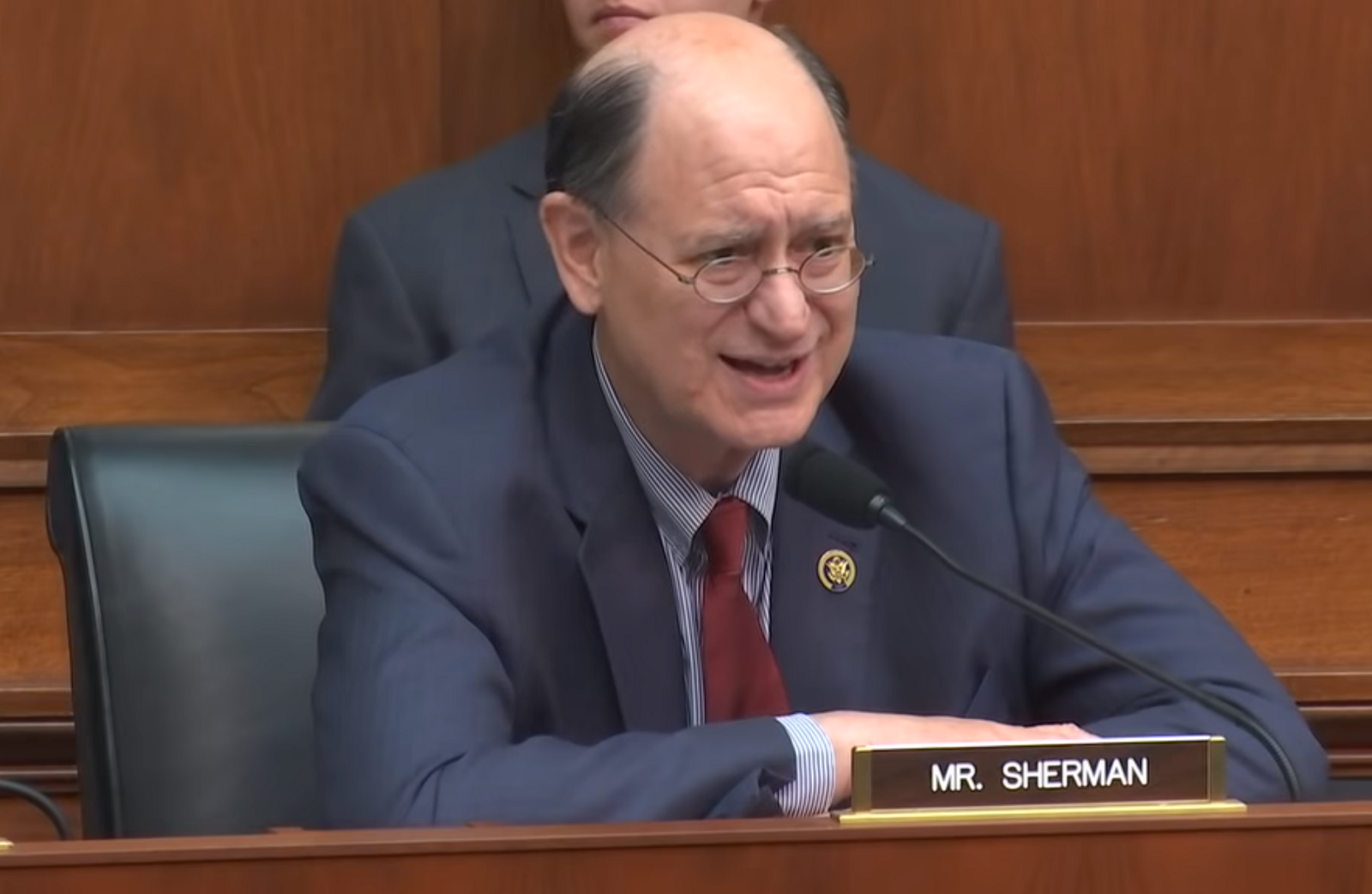 Ban Bitcoin! Urges Congressman After Realizing It Can ‘Disempower’ the US

It’s not often that politicians tell the truth, the whole truth and nothing but the truth. But US Congressman, Brad Sherman, yesterday introduced a bill to ban bitcoin basically because it erodes the US government’s power internationally.

That Call To Outlaw Cryptocurrency In Full

Such uncharacteristic honesty set the internet ablaze, with some citing Sherman’s call as the best advert for Bitcoin ever.

I look for colleagues to join with me in introducing a bill to… uh… outlaw cryptocurrency… uh… uh… owner… uh… purchases by Americans so that we nip this in the bud, in part because nuh… uh… an awful lot of our international power comes from the fact that the dollar is the standard unit of international… uh… finance and transactions, clearing through the New York Fed is critical for major oil and other transactions, and it is the announced purpose of the supporters of cryptocurrency to take that power away from us… to put us in a position where the most significant sanctions we have on Iran for example would become… uh… irrelevant.

So whether it is to disempower our foreign policy, our tax collection… uh… enforcement, or our law… traditional law enforcement, the purposes of cryptocurrency, the advantage it has over… uh… uh… sovereign currency is solely… uh… to aid in the disempowerment of… uh… of… uh… the United States and the rule of law.

Well not solely, but that is one advantage, yes Brad.

Anthony Pompliano noted that Congressman Sherman had been in office for over twice as long as Bitcoin had existed. “Maybe we should outlaw lifelong politicians?!” he mused.

Some commentators likened the situation to Nixon suspending dollar/gold convertibility, as an example of theft of superior monies by the state.

It’s a rare moment in history when the state removes their veil of pretense of preventing fraud or protecting consumers w.r.t. money production and openly states the true motivation of that conspiracy: extracting wealth/control/hegemony from that production monopoly. https://t.co/n0hjUcYxYF

Others simply tweeted that “they are onto us,” and one bright spark gifted Sherman $10 of bitcoin through Biterica.

Not The First Time Brad’s Been Vocal On Crypto

Congressman Sherman has previously labeled cryptocurrencies as ‘a crock’, and almost came out and said that they hurt government control on that occasion. He has also told the House Financial Services Committee that:

We should prohibit U.S. persons from buying or mining cryptocurrencies.

Perhaps it is something to do with one of his top campaign contributors being online payment processor, Allied Wallet? In his 2017-18 campaign, he raised over $125,000 from the securities and investment industry as a whole.

Is Brad Sherman correct about the threat Bitcoin poses to US hegemony? Share your thoughts below!