The Smart Justice service is an innovative and community-driven way to resolve disputes in the crypto industry. Top-50 FinTech company, BANKEX, launched the beta version of its service on the 14th of May as a way to introduce complete partiality during these disputes.

There is no doubt that blockchain technology has the potential to drastically change our lives.  It offers security, immutability and a high level of transparency.  It also an essential part of creating a paperless society, as are smart contracts.

Eliminating the need for reams of paper and intermediaries not only frees up time, but is also a more cost-effective and efficient way of doing business.

However, because of the decentralized nature of the industry as a whole, arbitration for disputes regarding virtual currencies can be tricky.  If you’re using a smart contract to facilitate payment for services rendered and things go south, you won’t be able to go to your nearest arbitration court for help.

BANKEX is aware of this and has a solution – its Smart Justice service.  If users are having a disagreement about goods or services received, this platform can help settle it.  By basing the service on the law of big numbers and the game theory, there is also minimal opportunity for corruption. 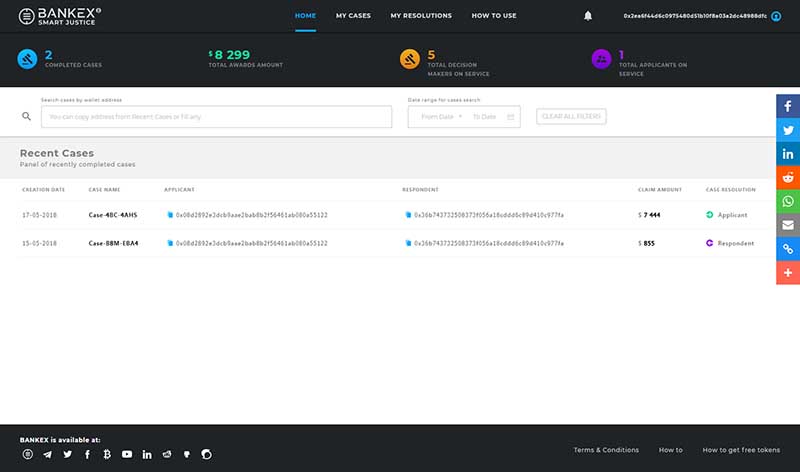 Even though blockchain technology is reliable, some people aren’t.  Terms of the smart contract on BANKEX’s Trust Service could state that payment will be released by Person A once a project is complete and submitted by Person B.  However, what happens if that completed project isn’t up to scratch?

Just as in a real-world court, Person A would file a dispute as the plaintiff.  Unlike the real world, he or she would file it through the Smart Justice service.

Initially, the two parties involved would have to initiate a smart contract through the BANKEX Trust Service.  All conditions of the contract will, therefore, be permanently available as and when the need arises, in this case, when arbitration is required.

As with any situation, there are always two sides to a story.  With BANKEX’s arbitration board, Person B, or the Counterparty, would be able to give their version of events with the smart contract correspondence to validate or reject those claims.

With Smart Justice being a community-based service, it works on a voting system to determine which of the parties wins the dispute.  In this case, these voters are actually arbitrators, or Decision Makers, who are randomly chosen by the platform to oversee these proceedings.  They will have access to all of the information, including the smart contract details, as well as evidence provided by the plaintiff and defendant.

BANKEX has researched how to use statistics and math and to provide a comprehensive solution with a minimal margin for error.  A coin toss is a good analogy to explain the law of large numbers. There are two sides to a coin, which means that statistically, each time you toss it, there’s a 50% chance that it will land on either side.

In reality, you may find that it actually lands on heads seven out of 10 times. However, if you toss it for 10 or 20 more times, it may even out in that it lands on heads maybe 15 times out of 30. This shows that in the case of the voters, the more people that vote, the higher the chance of the right verdict being reached.

Once a case is available, 51 voters will be randomly assigned to work on it.  With all of the information available, they will be able to vote in favor of either party or abstain.  In the case of the latter, the Decision Maker will have their voting token returned to them.

In the event a resolution cannot be reached within the prescribed period for any of the above reasons, the Moderator fees fixed by the complaining party in BKX will revert to that party’s wallet, vote tokens will be returned to the Moderators, and the case will be closed without a resolution with all parties receiving notification of the causes.  The complaining party may wish to initiate a new case repeating the process, taking into account the reasons why decision-makers decided to abstain from voting. 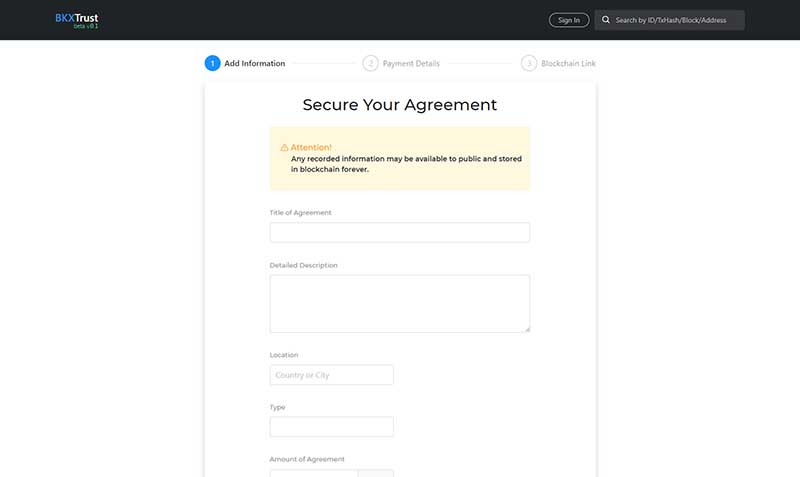 To encourage fairness, those voters who voted on the majority decision will get financially rewarded.  This will not only cover their initial cost in becoming a decision maker, but will also provide them with some extra earnings as a reward.

Once a verdict is reached, all of the case information will be recorded on the blockchain.  Not only does this provide a high level of transparency to the rest of the community, it also gives others in similar situations a point of reference.

This seems like a great way to solve the disputes resolution problem in the decentralized industry.  In addition, it will force service providers to always deliver an excellent product or experience to their clients so as not to be on the receiving end of a Smart Justice guilty verdict.

BANKEX has launched their beta version of this service on the 14th of May.  The platform’s community is encouraged to test it and provide feedback.

If you’d like to know about BANKEX, have a look at their website.  You can also read their blog discussing their Smart Justice service or join their Telegram channel if you’d like to have a chat with one of the founders.

Do you think that BANKEX’s Smart Justice system will make people less apprehensive about using smart contracts and thereby actually increase mainstream adoption?  Let us know in the comments below!