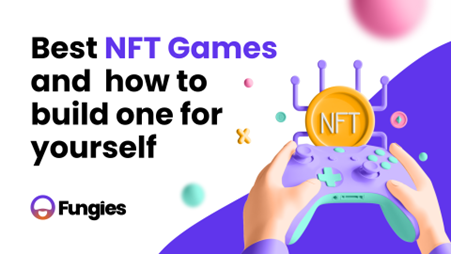 Best NFT P2E games and How to Build One For Yourself

Play to Earn and Play to Own are the latest buzzwords in gaming, and for good reason. The gaming industry is due for a seismic shift that’s the technology of NFTs and how they create digital ownership within games in a way that empowers communities and gives players true agency over their gaming experiences. They are also a way for the playerbase to earn significant income from their effort and endeavour within the game.

P2E games have attracted significant public and market attention. Seed rounds for Blockchain games have come thick and fast, with multi-million raises for start ups like EXEverse, Dogami and Heroic Story now the norm. It’s a testament to intense VC interest in the space, and blockchain games that can take full advantage of the metaverse whilst also being great games in and of themselves are seeing ravenous funding as analysts predict that P2E and P20 gaming is the next big thing.

In 2021, P2E games were awash with vacuous cash grabs and incomplete titles trying to sell poor gaming experiences with an NFT varnish. NFTs were roaring in popularity, the bull market was in full swing, and games like Axie Infinity had piled on the market capitalisation as gamers saw the potential earnings involved in playing blockchain games.

The market has now matured somewhat. Now, blockchain games need to be great games first, and have sublime metaverse interoperability second. Traditional game developers are eyeing up the potential benefits of web3 gaming and the ability it gives them to incentivise players to populate their gaming worlds.

Here are three blockchain games attracting significant attention as we head into 2023.

Near Future is a multi-year gaming project with multiple chapters, with each chapter interoperable and part of an ever expanding RPG metaverse, played directly through a Discord server. Its first collection, Primal, was released to significant success. Web3 adoption comes through familiar channels, and Near Future is doing much to plug those traditional systems into web3.

Calvaria. Currently in pre-sale, Calvaria is a P2E trading card battle game built on the blockchain. The biggest criticism of ultra-expensive online card games like Hearthstone is you never own the cards. A key reason why real-life card games are still so popular is that, at least, your deck belongs to you. With Calvaria’s blockchain trading card game, your cards and your deck DOES belong to you, and a vibrant virtual marketplace for swaps and trades can exist as players try to build their perfect deck.

Ember Sword is a social sandbox MMORPG where players adventure together and collect in-game NFTs that power up their characters and make them look great. Holy swords, magic scrolls, and magic amulets can be collected, traded, and swapped. Time spent adventuring in the game accrues real world value, and the game plays out in a sophisticated 3D engine, not some hokey spreadsheet game of old.

How Any Game Can Be Part of Web3 with Fungies

These three games, and many others, are hot right now. They integrate the blockchain in a positive way that benefits players and brings truly novel gaming experiences to the metaverse. Yet the truth is integrating web3 into any game doesn’t need to be difficult. Tools exist that help any game studio, even without blockchain experience, plug in and reap the benefits.

Fungies is exactly this set of tools. With Fungies, any game can have NFT assets, a fully customisable NFT marketplace, a complete suite of APIs for Unity and Unreal engines, and wallet integration and tools to track user engagement with your game. If you can build a game, you can build a blockchain game with Fungies. Take advantage of the latest trends in P2E gaming, entice and reward your playerbase, and tap into the new metaverse economy with Fungies premium package of blockchain tools for game developers.