The best way to bet on sports online is with bitcoin. Many traditional online sportsbooks now accept bitcoin and also offer deposit bonuses for using the currency. You can also use the “pure” bitcoin sportsbooks that provide the quickest deposits and withdraws in the industry. The number of sports bettors and sportsbooks using bitcoin increases every day, giving bettors more options. 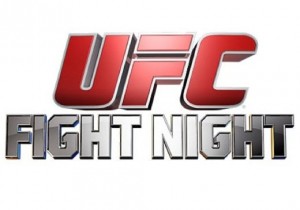 UFC Fight Night 92 is stacked. The main event features two dynamic strikers facing off against one another: Alex Caceres, aka “Bruce Lee Roy,” and Yair Rodriguez. Both Caceres and Rodriguez are known for their footwork and creativity in the octagon.

Knockout artist Danielle Taylor is making her UFC debut in the strawweight division. In the early prelims on fight pass, there is a potential fight of the night. Veterans Cub Swanson and Tatsuya Kawajiri will face off. Both are coming off losses and something to prove. Will the 38-year-old veteran that fought in PRIDE, Dream and One FC Kawajiri be able to defeat the number five ranked Cub Swanson?

Let’s take a look at two picks for this card.

Thales Leites is coming off two losses in a row: one to the now-champion Bisping, and his last fight to Mousasi both by decision. Camozzi is coming off of three wins, his latest against Vitor Miranda as the underdog.

The question is: will Leites be able to close the distance and use his power strikes and submission game or will Camozzi be able to keep him on the outside? Bisping and Mousasi were able to stay on the outside and outstrike Leites. Camozzi is a well-rounded fighter but does not especially shine in one area. He does have a TKO via leg kicks in Prize FC, however. That being said, I still give Leites the upper hand in striking, and Leites has a distinct advantage on the ground with high-level BJJ.

Maryna Moroz is a technical striker with a background in boxing and has a “go to” submission, with five out of her seven wins earned via armbar. Danielle Taylor will make her UFC debut, filling in for Kish, who had to drop out due to a hand injury. Taylor has her own “go to” move using her hands to win via TKO. Taylor has a brawling style and will pounce on her opponent once they are hurt. On the feet, this is a brawler vs. striker matchup.

I don’t think that Taylor has faced anyone on the level of Moroz in her career, and as long as Moroz can weather an early storm, then she should be able to get the win.

Want more picks? In the Sportsbet telegram channel, we will be talking about the fights live. You can discuss your picks, prop bets and talk to over 300 bettors, cappers and degens from around the world. We are in there every day talking about all sports 247.

Let us know in the comments what you think about Fight Night 21 and the picks.