Big Eyes Presale Raises Over $2 Million After The First Week, Token Price To Increase by 25%

Big Eyes (BIG) is about to set the stage as the next big memecoin project in the cryptocurrency market, and here’s a chance to be part of it. Its ongoing presale has already raised over $2 million from buyers.

Here, we will review it along with other meme tokens with similar success, particularly Tamadoge (TAMA) and Shiba Inu (SHIB).

Shiba Inu (SHIB) is another crypto token Big Eyes will be contending with as a memecoin project. Shiba Inu was launched in 2020 and is quite different from other tokens as it is run entirely by the community.

Like most meme coins, Shiba Inu (SHIB) has an abundant supply, with over 1 quadrillion tokens available worldwide. Its benefits lie in its compatibility with a wide range of DApps since it is connected to Ethereum’s network. It is also available for exchange on platforms like PancakeSwap and UNISWAP.

Shiba Inu (SHIB) has huge prospects, as the developers are scheduling incorporation into more DApps and the introduction of NFTs into the project. Currently, the token lists at about $0.000012, according to CoinMarketcap.

Tamadoge is a new meme token, ushering in a new era of meme coins with clearly defined objectives. While most meme coins thrive on cute pictures and social media stunts, Tamadoge aims to build a robust project with well-developed protocols and a supportive community.

Tamadoge (TAMA) is the official token of the Tamaverse, the Metaverse space for the Tamadoge platform. The Tamaverse features mainly a play-to-earn game, which involves players using their pet avatars to fight and win points.

The players mint their pets’ NFTs as young ones and upgrade them for fights against other players. The Dogepoints earned from the fights are converted to TAMA.

Apart from the Tamaverse, the platform allows for NFT trade, contributing significantly to the token’s cryptocurrency price. The roadmap on NFTs is extensive, as the developers look to introduce augmented reality features in their NFT and gaming protocols by the end of 2023. 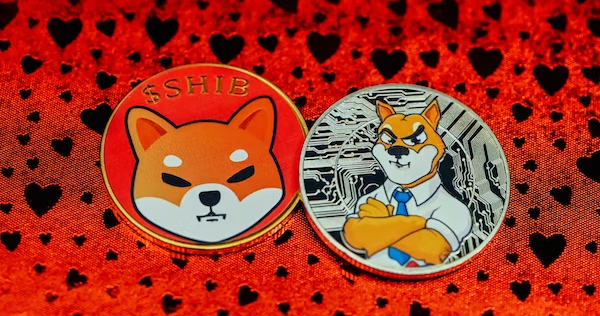 Together with listing TAMA on exchange platforms, these steps will ensure Tamadoge is appropriately established in the cryptocurrency market.

If you missed the Tamadoge presale, you should definitely jump on the Big Eyes presale, as this is the next big thing in the market right now.

Big Eyes (BIG) is a meme token touted to become the most profitable cryptocurrency token in the coming weeks. The project is more than the regular memecoin, and here’s why.

Big Eyes is currently on its presale schedule. It is in the second stage of the presale and has raised over $2 million only after a week. According to the roadmap, the second stage will feature NFT snippet releases to community members.

This will mark the NFT club’s beginning, enabling the minting and trading of NFTs on the platform. The NFT trade will require no gas fees on the platform, a major step in creating a user-friendly network. Furthermore, NFT trade allows more advanced protocols to be added to the project, like having a Metaverse space.

The Big Eyes developers promise to put the community first in their projects, as the incoming protocols have added benefits for the existing members. About 70% of the 200,000,000,000 tokens mined are available for presales, indicating a community-oriented platform.

Big Eyes is also involved in charity. Some 5% of the presale revenue will go to a charity wallet, with $1000 already donated to Luna Children. The charity wallet will be for supporting organizations that are involved in marine life conservation. The upcoming pre-launch stages already entail donations to such charities.

To improve the coin’s value, the developers are looking to list it on popular cryptocurrency exchange platforms such as UNISWAP. This is scheduled to take place during the second stage of the presales.

Like other coins, the price is only going to keep increasing after now. The BIg token team has announced that the token price will increase by 25% after this second stage.

So, what are you waiting for?