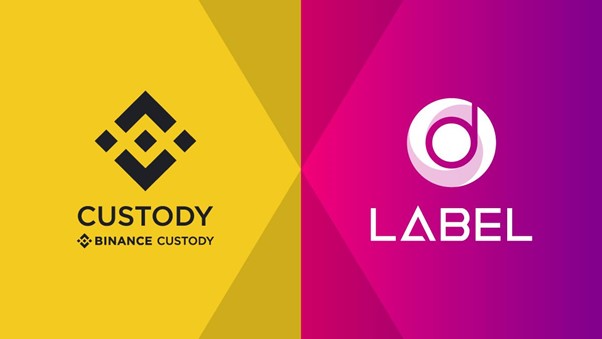 Binance Custody is a name that is quickly gaining considerable traction in the crypto and blockchain sector, and for good reason. Despite the fact that the service was only launched last year, it is indicative of a growing worldwide trend wherein an increasing number of companies, projects and individuals are all actively searching for reliable custody services through which they can safely store their digital assets. It is with this exact mindset that LABEL Foundation, an initiative primarily focused on revolutionizing the music industry and bringing it to the forefront of Web3, recently decided to officially integrate with Binance Custody in order to provide reliable and secure custody services to customers.

What does Binance Custody actually do?

Binance Custody unveiled its cold storage insurance back in March of this year. This insurance protects cryptocurrencies placed in cold storage from dangers such as theft, hacks, and even in the event that someone loses a password. It is backed by ArchSyndicate 2012 of Lloyd’s of London and is mediated by LEAP,  the world’s largest independent insurance broker.

Binance Custody includes support for approximately 500 different digital assets, and thanks to the institutional-level security measures put in place, investors can rest easy knowing that their assets are stored safely and managed effectively with Binance Custody. The service can also be used by any and all iOS and Android compatible devices, and readily complies with all KYC, AML and various other regulatory policies outlined by the appropriate authorities. In this way, no legal issues will arise either which is just another reason as to why so many from across the globe are relying on Binance Custody.

Why was Binance Custody chosen by LABEL Foundation?

The announcement detailing the new partnership between Binance Custody and LABEL Foundation was made fairly recently, but this didn’t stop some from wondering as to why other options were not considered. After all, there is certainly no shortage of custody-based services available in the crypto industry, but LABEL Foundation ultimately decided to go with Binance Custody simply because the team believed that they could obtain the best security measures and custody features with this selection.

Additionally, apart from the typical features such as being able to prevent hacks and theft, Binance Custody is also useful because it includes delegation of authority. Thanks to this aspect, access can be shared with the custodian, thereby significantly increasing security even further. Furthermore, the simple fact of the matter is that LABEL Foundation is striving to be one of the top initiatives in this industry and it will therefore need to form key strategic partnerships with various top players going forward and that includes the world’s biggest cryptocurrency exchange, Binance.

Hyung Soon Choi, the CSO, stated that if everything between Binance Custody and LABEL goes well, then there is no reason that this collaboration cannot be taken even further so as to continually benefit both parties. Whether this turns out to be the case or not remains to be seen, but one thing is certain which is that LABEL Foundation continues to impress as its supporters are ecstatic about having cold-storage support for the $LBL utility and governance token. Lastly, both Ethereum’s ERC-20 and B&B Chain’s BEP-20 may be utilized for withdrawals and deposits via the custody platform.