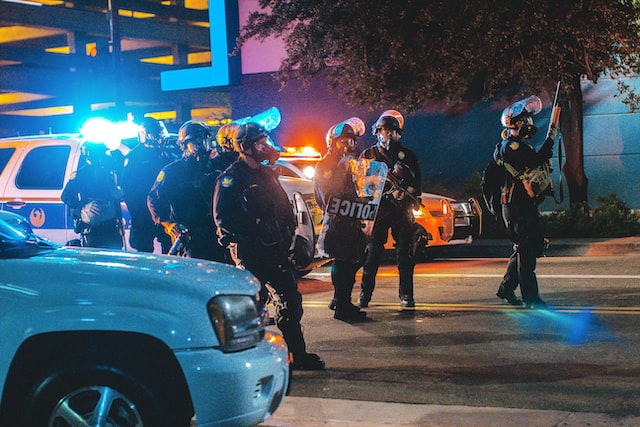 Related Reading: Don’t Fight The Fed: FOMC Meeting Is Most Volatile For Bitcoin Ever

According to a press release from the Directorate of Enforcement, the Mobile app has been linked to Aamir Khan, and a Money Launder investigation was launched in July. This individual and others were accused of allegedly violating the Money Laundering Act by a complaint filed by the Federal Bank authorities.

Two months ago, when the initial investigation was launched, CZ took to Twitter to clarify its involvement with WazirX, and state that there are no financial ties between the exchange platforms. At that time, the ED accused these entities of operating with “loose” regulatory control and no Know Your Customer (KYC) policy. The law enforcement agency stated:

By encouraging obscurity and having lax AML norms, it has actively assisted around 16 accused fintech companies in laundering the proceeds of crime using the crypto route.

Now, the ED claims that the individual behind E-Nuggets, Aamir Khan, created the app with the “purpose of defrauding the public”. Once a “sizeable amount of money” was collected from E-Nuggets, the suspect proceeded to halt transactions and withdrew the funds.

Later, the bad actor “wiped off” the users’ data from the app servers. The ED claims the stolen funds were transferred using crypto exchanges. The bad actors were able to open “dummy accounts” in crypto exchange WazirX, deposit the funds, and then proceeded to transfer the funds to Binance. The report claims:

The transparent nature of blockchain means that the transactions are publicly available and traceable – which is not an option with traditional financial transactions. Every day, Binance assists a large number of law enforcement investigations to detect criminal activities.
We can confirm that Binance froze the funds at the request of the Enforcement Directorate. It’s our position to cooperate fully and collaboratively with all legally valid requests and inquiries. Binance’s team of top compliance and security experts works closely with government law enforcement on compliance with any and all investigations in the jurisdictions in which we operate.

Binance has been accused by the ED and other entities of allegedly enabling money launder, and other criminal activities. Company representatives, including its CEO, have denied any allegations, defending the platform’s KYC and anti-money laundering (AML) policies.

In a recent post shared by CZ, the exchange announced a “Global Law Enforcement Training Program”. According to Binance, the initiative was created to “help law enforcement detect financial and cyber crimes and assist in the prosecution of bad actors who exploit digital assets”.

In 2021, the crypto exchange launched an Investigations division. Data provided by the exchange claims that this team has participated in several activities across the world and worked with law enforcement agencies in several countries.

The exchange claims that its KYC and AML policies and its cooperation with international law enforcement agencies have allowed them to receive licenses to operate in France, Italy, Spain, and others. At the time of writing, Binance Coin (BNB) trades at $279 with a 3% profit on low timeframes.