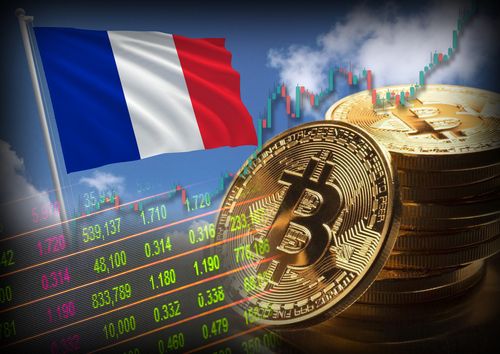 Binance, the largest exchange in the world, has announced a partnership with France FinTech to launch an initiative. France FinTech is a non-profit organization that aims to promote the excellence of the French Fintech sector globally.

Binance CEO Changpeng “CZ” Zhao disclosed the launch of the EUR100 Million ($116M) crypto and blockchain initiative during a conference in France. The initiative aims to support the development of the French and European blockchain and cryptocurrency ecosystem.

Zhao announced the initiative in a conference on Wednesday with the French Minister for Digital Transition and Electronic Communication in Paris. The $116M initiative, officially called “Objective Moon,” will involve three major crypto and blockchain innovation projects in France.

Related Reading | Binance Educates Over 350,000 Crypto Beginners In 2021, Remains at The Forefront Of Blockchain Education

According to the announcement, Objective Moon would see the development of a Binance Research and Development hub in France. The exchange will, therefore, look to recruit cryptocurrency and blockchain talent from across France and Europe.

Also, Binance plans to establish a Decentralized Ledger Technology (DLT) accelerator in France. The DLT project is important to the Objective Moon Accelerator because DLT is a crucial enabler of blockchain security. And blockchain security is essential even as cryptocurrency continues to reach more mainstream audiences.

Speaking on the initiative launch, Alain Clot, Chairman of France Fintech, said: “France Fintech believes that France is uniquely positioned in terms of regulation, talent, and expertise to be the leading player in Europe in the field of decentralized finance.” The Chairman believes that the partnership with Binance will help the ecosystem to grow significantly.

CZ also said that Binance recognizes the quality of French and European tech, crypto, and blockchain talent. “We are convinced that with the launch of Binance’s major operations and investment in France, we can significantly contribute toward making France and Europe the leading global player in the blockchain and crypto industry.”

The Objective Moon Accelerator launch comes just a few weeks after Binance joined Blockchain for Europe. Blockchain for Europe is a Brussels-based membership organization that works to develop a European regulatory framework to support and promote blockchain-based innovation.

In addition, the association also appointed Binance U.K. Director Teana Baker-Taylor to its board in September along with representatives from other companies. These people will work to advocate for balanced policy and regulatory governance for blockchain in Europe. And also contribute to educating and supporting European policymakers as they evaluate the potential opportunities for the emerging technology.