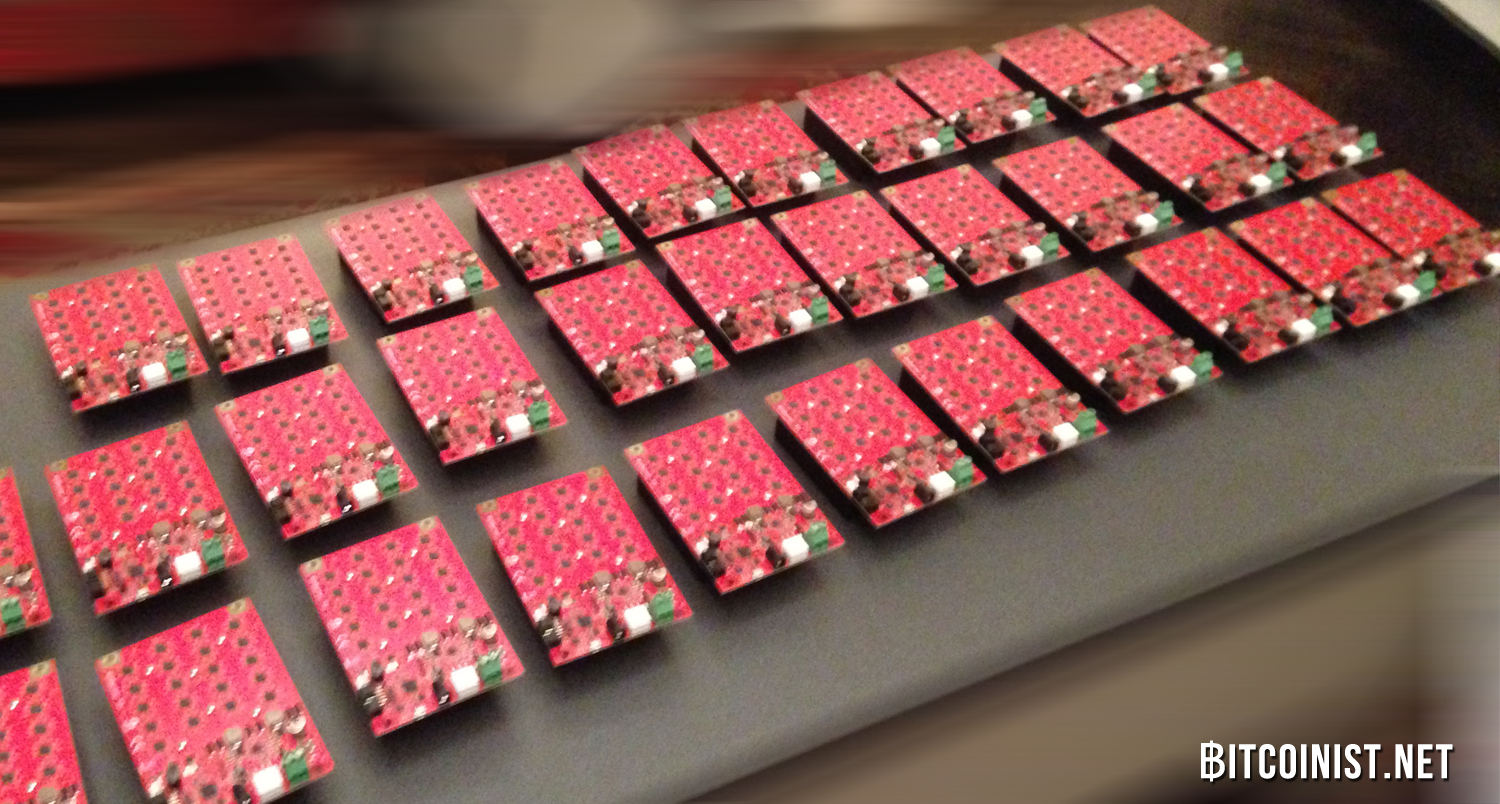 This is the story of a Mining Group – respecting their privacy no names or places will be mentioned. We are aiming to write miner reviews to help you with your choice.
Last april there was something in the air. A groupbuy was organized by Sebastian JU, which directed our attention towards the first generation of Avalon chips. At this point nobody suspected there was going to be a huge delay.

Hoping for the best, we ordered our chips, despite having no idea how we were going to get the PCBs. There were a few options – getting the boards directly from the Klondike project or assembling them from the available gits. After a few days of browsing we finally found a topic on bitcointalk – „[Work in progess] Burnins Avalon Chip to mining board service”
Splendid, that was exactly what we needed! You probably have guessed the rest – ultimately late delivery on the chips. Burnin had already taken the orders on the PCB, and then the cold shower came: Avalon offered a refund on the undelivered chips. Hard decision still – the difficulty was sky high, the prices remained at around $110. We thought we needed to balance the risks, so we had some of the chips refunded and kept some of them.

Considering the price rise later on, it proved to be a good decision. But normally I would say it was more like Russian roulette. If the price had stayed on $110, it would have been a bad decision. You know the golden rule: If you want to make your profit on the price rise, don’t buy a mining equipment, invest in the bitcoins.
Finally, we got the good news. The chips were delivered to Burnin (burninmining.com) and we were waiting for the boards. One day a friend of mine said that we would be near Hamburg and he could pick them up personally for us. Quick email, quick response, and boom – we had the miners.

PACKAGING:
Huge paper box, everything separated and brand new.
WHAT WE ORDERED (without numbers):

WHAT WAS NOT INCLUDED: