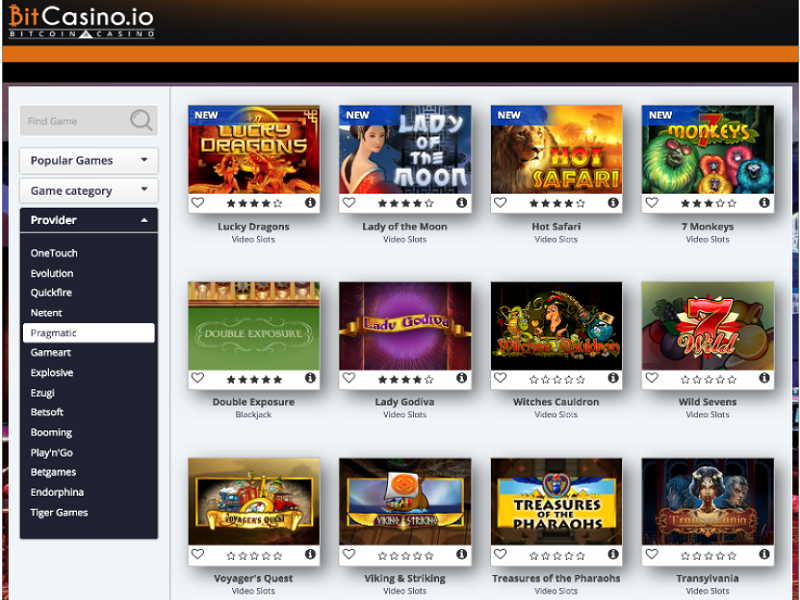 BitCasino.io, a popular bitcoin gambling platform, has added 120 new games to its website.

The new titles, coming from Pragmatic Play, include Beowulf, Lucky Dragons, and Go! Monkey. This addition brings the total number games offered by the platform beyond 1,000 titles.

“We are thrilled to be adding more than one hundred titles from Pragmatic Play to our online casino game portfolio,” said BitCasino head of marketing, Tomas Toro.

“We believe the new games will be a big hit with our players in Europe, Asia and beyond, and will help bring new customers to our site.”

In the press release, Pragmatic Play’s head of business development, Yossi Barzely, expressed excitement about the casino’s new additions. “We are delighted BitCasino.io has chosen to integrate our thrilling games into its innovative Bitcoin platform,” he said.

“We are very proud of the games we have developed and launched, an believe they will be thoroughly enjoyed by their players.”

As part of the deal, Pragmatic Play’s games will also be available on Sportsbet.io, BitCasino’s sportsbook partner.

Pragmatic Play is an online casino game publisher, offering HTML 5 slot games for mobile and desktop gaming. According to its website, the company provides over 150 games, with continuous new launches resulting “from heavy investment into research, development and our people to support our customers’ needs.”

BitCasino.io, registered with the government of Curaco, is a recognized name in the Bitcoin gambling industry. Boasting a customer base spanning over 140 countries, the casino claims in its marketing literature that its “team of dedicated staff provides 24/7 live chat support” in an effort to provide satisfactory customer service.

Claiming to be “the world’s first legally licensed and regulated” bitcoin casino, BitCasino has launched several initiatives to draw in new customers, including an affiliate program and a VIP rewards system, with prizes that include a Samsung smart TV and a Macbook Pro.

The addition of titles from Pragmatic Play adds to the casino’s library of existing titles from several publishers, such as Microgaming, NetEnt and Betsoft.

What do you think about these new games? Let us know in the comments below.