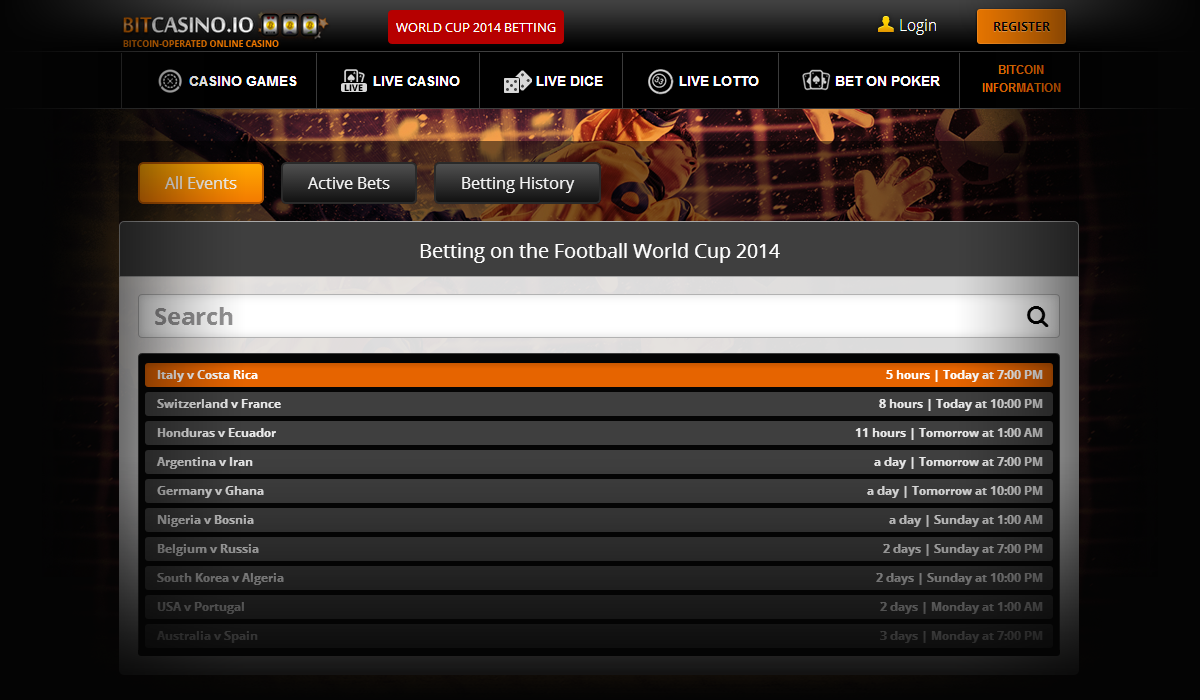 by Bitcoinist
in Bitcoin Businesses, News
0

The rapid growth in bitcoin transactions during the first half of 2014 has opened a huge number of opportunities for many businesses across the globe, and gambling platforms have taken this opportunity to become a force within the bitcoin market. With the World Cup well underway and betting at fever-pitch, one of the largest casinos in the digital currency BitCasino.io, have taken this opportunity to provide a bitcoin sportsbook dedicated to the World Cup.

BitCasino.io allows players to bet live and anonymously on any of the 64 matches being played in the 2014 World Cup. BitCasino.io’s pre-launch weekend on Saturday 15th saw 80,000 visits to their website with over 50BTC (approximately $30,000USD) in bets placed within the first 48 hours.

The platform prides itself on market-leading odds as well as a user-friendly sportsbook that allows users to bet as little as 2mBTC (or roughly $1) with just a few clicks.

BitCasino.io is also offering a free 10mBTC to users who deposit and bet at least 2mBTC on any of the upcoming matches. In order to claim, a player must place the bet and then quote “Free Bet Bonus” in the Live Chat box at the bottom right of the screen. As well as rewarding their players, the platform also offers a 30% revenue share split to affiliates who promote BitCasino.io

With such success early on, BitCasino.io have also confirmed that they will be extending their sportsbook to provide over 10,000 events every month after the World Cup alongside their existing casino and live dealer games.