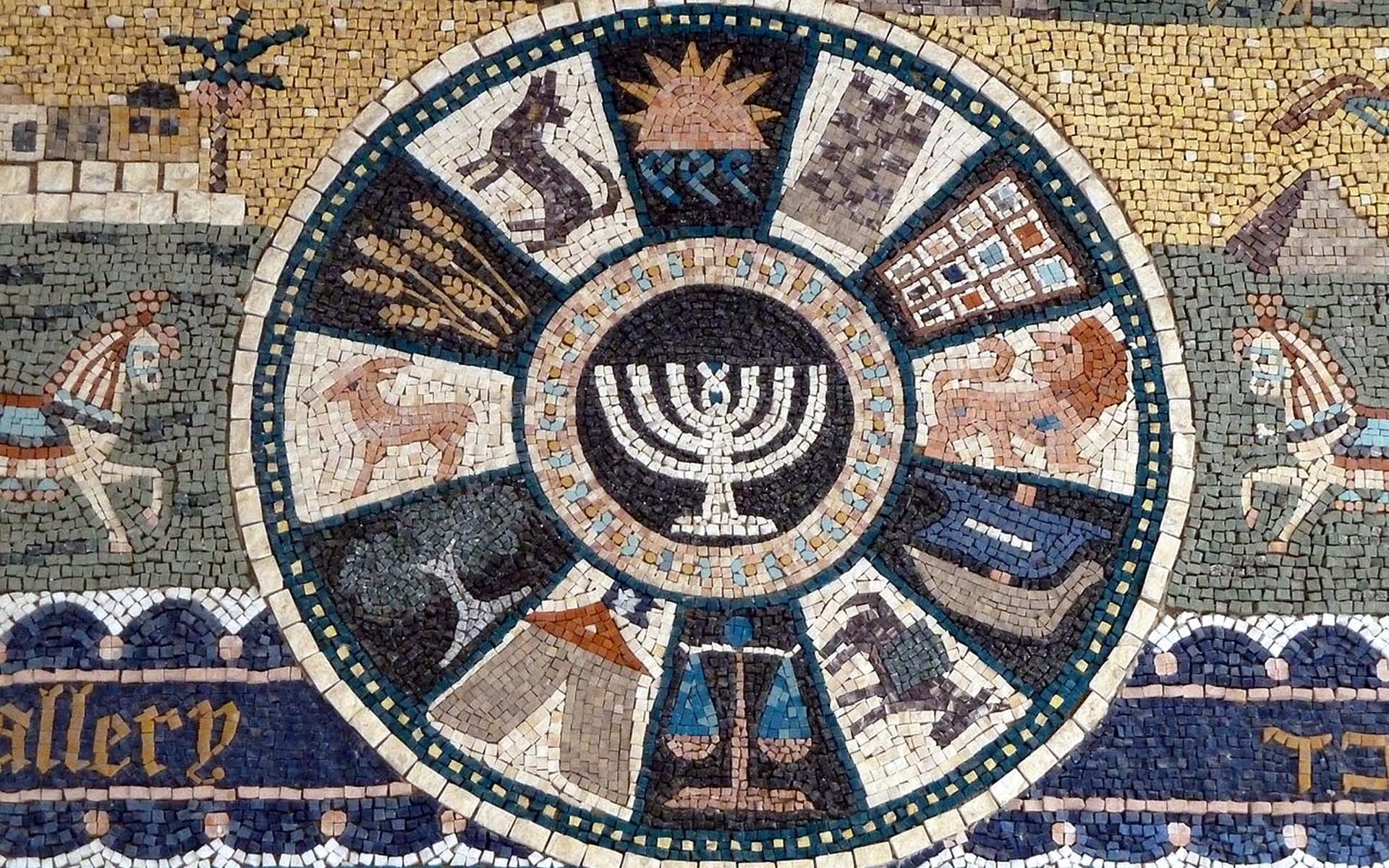 British company BitCoen is opening up an international blockchain market. The company declared its strategic goal – to help interaction between representatives of the Jewish communities around the world. The BitCoen ecosystem is a system of services, qualitatively improving the life of the Jewish community.

Jewish communities from different countries demonstrated their interest in the project during the pre-sale period. Even before the start of the token sale, the project had amassed a following of more than 25,000 people from 124 countries. The project’s geography covers the whole world: Countries in North and South America, Europe, Asia, Africa and Australia.

According to the company’s representatives, most requests for the purchase of BitCoen tokens came from Germany, England, Spain, France, Italy and, of course, Israel. As previously reported, Vyacheslav Semenchuk, founder and CEO of BitCoen, invested $500,000 of his own personal funds in the development of the project. BitCoen’s pre-sale was held to strengthen the market and to confirm the interest of its audience. More than $150 000 was raised during the pre-sale without a single shekel spent on marketing. 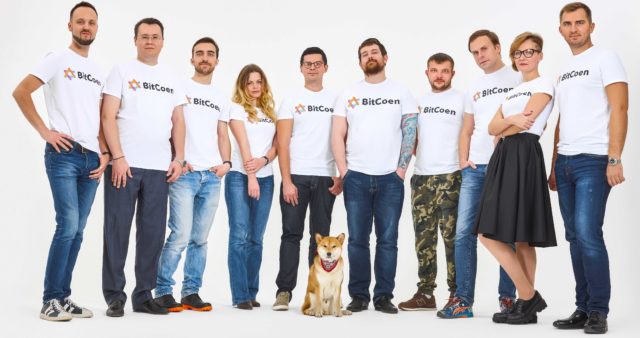 The blockchain project BitCoen was created by a young and ambitious businessman – Vyacheslav Semenchuk. Not even 30 years old, he has already created and sold more than 10 start-ups, including several in the fintech industry. Lifepay, with a turnover amounting to $2.5 billion, was the largest project created by the entrepreneur and was subsequently sold to a bank. For this project’s creation Vyacheslav Semenchuk managed to get the title of “Entrepreneur of the Year” according to YE. Yet before the emergence of a mass interest in the technology of blockchain Vyacheslav Semenchuk was engaged in its implementation in bank sphere.

Speaking about the impetus behind BitCoen, Semenchuk states:

The blockchain project BitCoen was originally conceived as a system of services, qualitatively improving the life of the Jewish community. […] This is a fairly closed community, existing Worldwide. This community has needs in internal mutual settlements, to help their own businesses, oriented only for Jews; and has a big culture of charity. And all theese needs must be accomplished in the most transparent and profitable way. The ideal target audience for a blockchain project! So we came up with the BitCoen ecosystem idea, which integrated the useful mechanics from the world of the blockchain.

The team members work all over the world. “The development of Internet technologies allowed us to create an international team,” says Vyacheslav Semenchuk. “The BitCoen team includes the most experienced blockchain programmers, crypto marketers and other experts in crypto-economics, who got interested in creating an ambitious, high-quality and interesting project.”

The blockchain project BitCoen consists of several parts, each of these parts logically complements the ecosystem:

BitCoen Loyalty Program – Program users get BEN’s after purchases/services from the program partners and accrue BEN’s instead of abstract loyalty program points. BEN’s are accumulated and their duration isn’t limited. Unlike existing loyalty programs, that can have various restrictions for users, and often have unlimited opportunities for scammers, BitCoen Loyalty is completely transparent. No small fonts and asterisks in the program description. BEN’s do not burn after time, and can’t be canceled by anyone.

BitCoen Pay – Payment system for online and offline purchases for private persons and businesses in points that accept payment by BENs. We have experience in creating payment systems (Life.Pay, PayQR) and we know how to make them even better so that the BitCoen project participants can use the most convenient payment services.

BitCoen Platform – A marketplace for Jewish businesses. A businessman can expand the number of customers, including at the expense of consumers from other countries.

BitCoen ADV – An advertising platform for the popularization of Jewish businesses, we already collected a huge target audience and we can do almost any targeting. 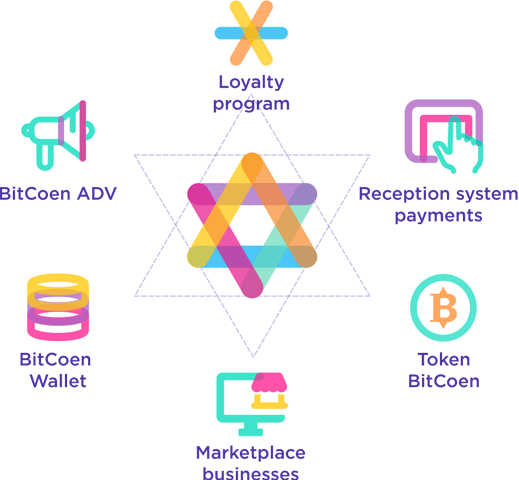 BitCoen is based on the source code of the izzz.io platform and uses a consensus that is based on Limited Confidence Confirmation Proof-of-Activity (LCPoA) and a trusted node system (Thrusted Nodes) to speed up the network. It is also planned to create a BitCoen compatibility layer with the ERC20 standard, for easy integration with exchanges. The choice of the izzz.io blockchain-platform is justified by the characteristics of this system, which exceeds the analogs for a number of parameters.

The LCPoA blockchain algorithm is one of the most important features of Bitcoen blockchain. This algorithm reliably protects the network from spam and false transactions, while it does not require large expenditures of computing resources. There is a lack of mining in the system, all transactions within the platform network – are free. The technology provides a high network speed (up to 25,000 transactions per second).

Since the BitCoen blockchain project is designed for a mass audience, it is very important to prove it with maximum transparency and legality. BitCoen’s legal team provided different options for the development of events that could create the most stable and secure system. BitCoen is a token, not an investment tool, it does not imply receipt of passive profit and does not have any signs of a stock. BitCoen isn’t holding an ICO but rather a token sale only, which basically is a token pre-sale.

After the completion of the token sale, BitCoen will be listed on the global crypto-exchanges. According to Vyacheslav Semenchuk, placement on the exchange is one of the marketing tools that allow BitCoen to expand its audience.

As is known, the value of any cryptocurrency determined by the audience’s interest in it and the real functional behind the token. The functionality of the BitCoen project allows Jews around the world to develop their own business while staying within the framework of cultural traditions.

It should be noted that the creators of the project managed to attract not only experienced cryptocurrency users but an offline audience as well. “We understand that nowadays only a small percentage of the world’s Jewish communities use cryptocurrencies, the potential of blocking technologies is not yet appreciated,” says Vyacheslav Semenchuk. “That’s why we used all of the advertising channels and tried, first of all, to train a new audience and tell about the advantages and easy ways of access to technology.”

According to Vyacheslav Semenchuk:

We are the largest jewish blockchain project for now, oriented to b2b and b2c audience. Even before the start of the token sale, we made partners with more than 700 large stores (among them OZON.ru, Aliexpress and others), which will add points in BEN’s when buying from them.

Moty Cristal, an international negotiator and an active member in global Jewish affairs, stresses that:

BitCoen project is a breath of fresh air which can further support the close relationships between Jewish communities worldwide, in this time of dynamic financial challenges and innovative opportunities.

What are your thoughts on BitCoen? How can culture-specific blockchain projects benefit the greater crypto community? Let us know in the comments below.