Novogratz: ‘Amazing Technology’ of Bitcoin Puts It Ahead of Gold

Speaking on Bloomberg TV, Novogratz, who has been bullish on Bitcoin throughout the year, said Bitcoin would yet hit the magic number before the new year, and also predicted $500 per coin for Ether (ETH) within the same period.

“…Gold has value solely because people say it has value; bitcoin is built on an amazing technology, there’s a limited supply of it,” he told presenters continuing his support. 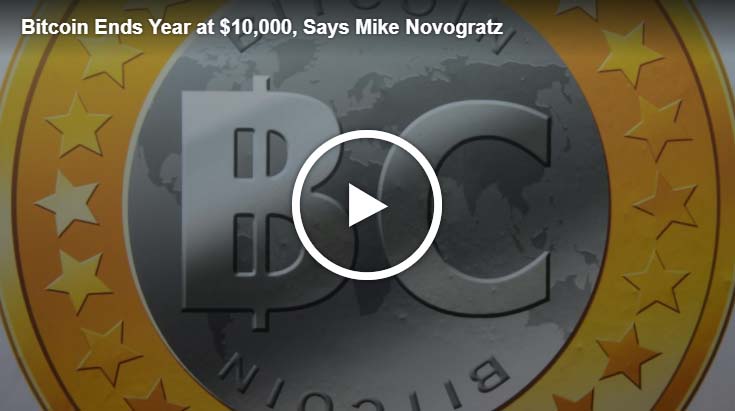 Bitcoin has staged a further comeback over the past week after furor broke out over Bitcoin Cash and an alleged artificial price pump by Tether investors.

The US dollar surrogate released vast numbers of tokens into the ecosystem this month, only to reportedly lose 30 million Sunday to the hacker responsible for robbing Bitstamp in 2015.

While the increased issuance may well have pushed prices to their current $8000+ levels, the loss of Tether tokens this week did nothing to reverse that trend. Bitcoin is currently trading at around $8350 on Bitstamp and other major exchanges, providing ample reason to believe Novogratz’s price target is easily attainable.

“We’re in the second or third inning,” he continued. “Because prices have moved so far people are nervous. You made a whole lot of money, there’s news, so you want to book your profit and get out.”

Further price momentum is building ahead of CME Group’s Bitcoin futures release next month, which will open up regulated trading to institutional investors currently facing restrictions due to the US regulatory climate.

Despite facing a vote of no confidence even from one of its own clearing platforms last week, CME’s chairman and chairman emeritus are both confident that Bitcoin will enter a new era thanks to the move, becoming a “new asset class.”