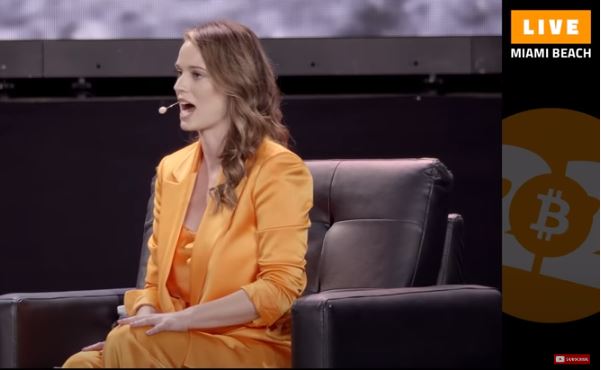 As Bitcoinist starts to recap Bitcoin 2022’s content, it’s obvious that the focus on “crypto” was just a first-day thing. The Industry Day seems like a way to suck up to certain companies by giving them stage time, but without letting them interrupt the rest of the conference. And these first few presenters and guests weren’t as savvy or didn’t know in which cyber hornet’s nest they were in.

In any case, interesting ideas were thrown around and there was even a gem or two. Most of those, though, made Bitcoinist’s first report about the Industry Day. In that article, we set up the Bitcoin 2022 scene as follows:

“On the Nakamoto Stage, podcaster Stephan Livera served as the general host, presenting every person that participated. The livestream averaged 3000 viewers for most of the day. Besides that main stage, there was a Mining Stage and an Open Source Stage. The first one was streamed and the second wasn’t, but the video is already up on YouTube. Since everything was simultaneous, this article will only cover what happened on the Nakamoto Stage.”

And so does this one. Let’s explore the minds of the industry people that Bitcoin Magazine got to star in Bitcoin 2022 ’s dress rehearsal. 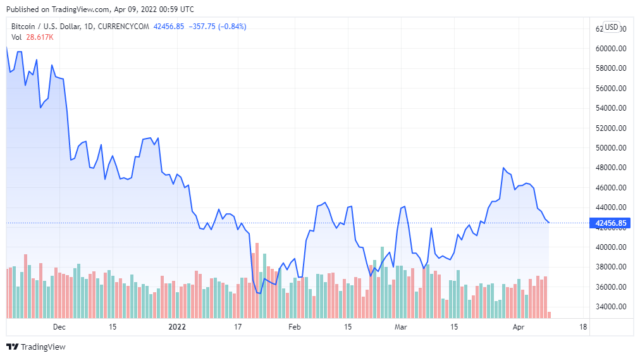 Messari’s Ryan Selkis was the host, and his wacky ideas about “crypto” polluted the whole show. In general, the biggest topic for bitcoin-specific investors was, you guessed it, stablecoins over the Lightning Network. They even mentioned Taro. The hottest idea was Greg Carson’s, who declared the whole ecosystem as “the 23 Trillion dollar opportunity.” According to him, this will be 10 times bigger than the Dotcom era.

Alyse Killeen took the Bitcoin Award for less “crypto” talk, even though she championed the stablecoins over Lightning idea.

This very short talk was the greatest. A pioneer himself, the legendary Nick Szabo paid homage to all the people whose work lead to bitcoin. From Austrian economists and their ideas about depoliticizing money to cypherpunks and their concept of non-violently enforcing contracts. He talked about Tim May, Adam Back, Hal Finney, and Ralph Merkle and his Merkle trees.

The hardest idea that Nick Szabo proposed is that bitcoin secures itself. The network doesn’t need any institutional or governmental assistance to guarantee its safety.

The CEO of Paxos and the COO of Argentina’s giant Mercado Libre were out of their depth when it comes to bitcoin. Still, it was interesting to hear them speak at Bitcoin 2022. Paxo’s Cascarilla thinks that everything crypto is still too complicated. He thinks there’s a new economy, and that’s what the metaverse and web3 are signaling.

For his part, Mercado Libre’s Rabinovich revealed that the company’s experiment to sell crypto through the platform in Brazil gathered a million users in three months. According to Rabinovich, he respects what the community is doing, but the company is not interested in anonymity or in decentralization. So, basically, he wants to deal with the legacy system. He says Mercado Libre wants to “be the bridge” between the two markets, but hasn’t spent a second studying bitcoin.

A lot of the Industry Day panels were about onboarding new people to the bitcoin network. This was a weird one, though. Celsius’ Tushar Nadkarni seemed to announce that his company had bigger BTC reserves than MicroStrategy, to later clarify that the bitcoin belonged to their clients. He also pointed out that some of his staff are in Serbia, and they don’t have access to Wall Street markets. This is the first time they can invest in an asset class.

Robinhood’s Aparna Chennapragada identified her app’s great UX as one of the reasons for its success. Later that day, in a separate panel, she announced that Robinhood planned to adopt the Lightning Network. Socure’s Johnny Ayers pitched his company’s product, a way to onboard people using AI to automate the process. He promised it would be friction-free. For his part, Prime Trust’s Tom Pageler banged the regulation drums and talked about how bitcoin was helping people plan for the future for the first time.

This Bitcoin 2022 panel was supposed to be about the Infrastructure Bill, but the Chamber of Digital Commerce’s Perianne Boring talked about myth and Treasury’s opportunity to tax BTC and fund its programs. For his part, Justin Woodward admitted that the bill had nothing to do with taxation and then proceeded to talk about tax and only tax. CashApp’s Julie Stitzel actually spoke on the Infrastructure Bill and its problems, like the broad definition of what a “broker” is that it contains.

Another Bitcoin 2022 panel about onboarding people. 21 Shares’ Hany Rashwan informed us that institutions are already invested in bitcoin. His company’s clients are 85% institutional, mostly family offices. According to him, the way from $2T to $10 T are institutions. Nexo’s Kalin Metodiev called for the industry to mature, and by doing that it’ll become a new asset class. MicroStrategy’s Shirish Jajodia said that institutional adoption will come, in due time, with regulation. At the moment, it’s all about family offices and tech companies. Plus, he had the best socks in the whole conference.

Bitcoinist will be at Bitcoin 2022 Miami in Miami Beach, FL from April 6th through 10th reporting live from the show floor and related events. Check out exclusive coverage from the world’s largest BTC conference here.