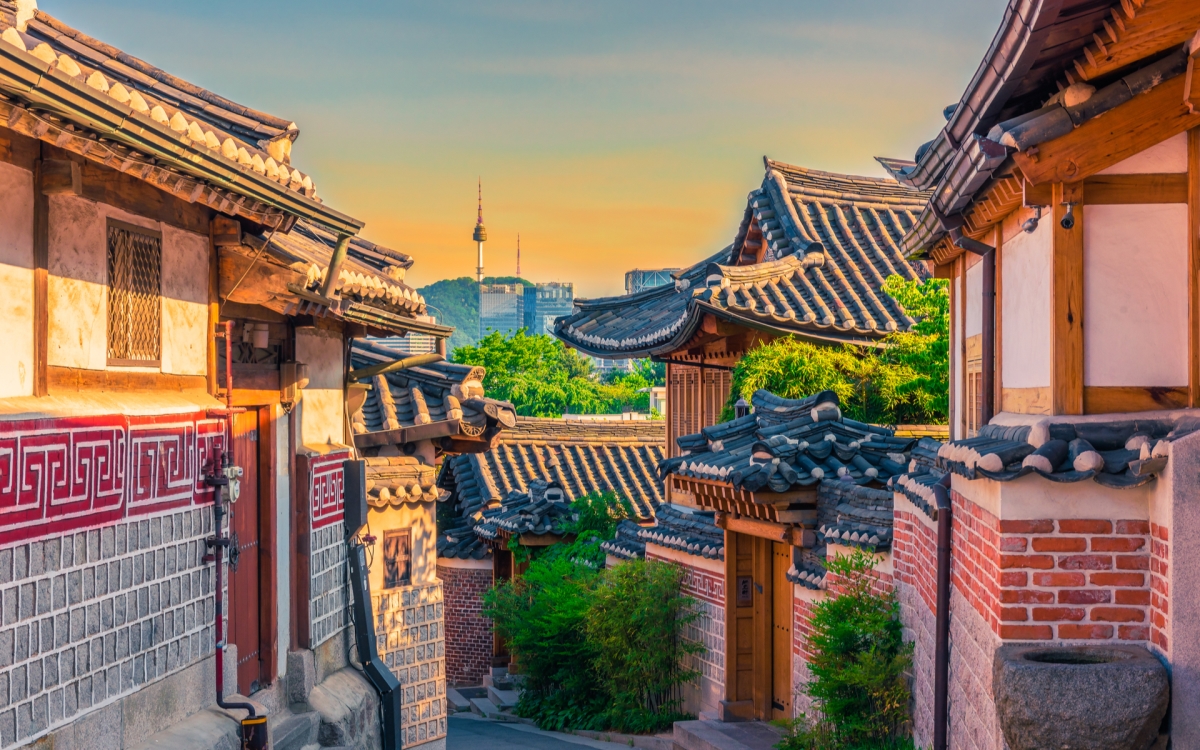 The upsurge in demand for Bitcoin in South Korea is causing the cryptocurrency to trade with a considerable premium in the country of 44%.

In the midst of the Bitcoin rally, some countries are seeing more excitement than others. Most notably, Japan which has recently passed a law to recognize Bitcoin as a legal method of payment pushing the popularity of Bitcoin and its trading volumes to new levels within the country.

However, one county which has flown under the radar is also experiencing a considerable growth in the Bitcoin market, South Korea.

The demand is so strong in the country, that Bitcoin is now trading at a 44% premium. The price is currently sitting at  4,311,720 KRW, worth roughly $3,860, and went to as high as $4,246. Not only that, but Japan is also trading Bitcoin with a premium of 16%, making investors even more bullish about the virtual currency. 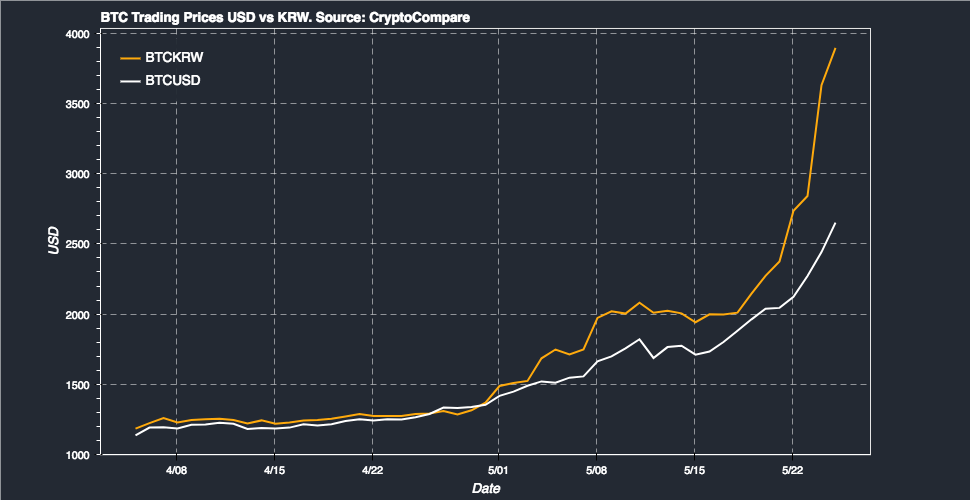 Over time, the KRW trading volume has grown continuously and it is now the fourth highest, following that of China’s CNY. In the last 24 hours, exchanges have seen over $234 millions worth of KRW exchange hands in the BTC/KRW market, an impressive amount of money.

So, why is South Korea seeing such an upsurge in demand for Bitcoin? Although South Korea is a Bitcoin-friendly place with multiple exchanges and a few BTMs, not much has changed recently in terms of regulation or infrastructure.

However, the political climate in the country is uncertain. And as we’ve come to experience, Bitcoin thrives in the face of political and economic uncertainty, a safe-haven property that is derived from its decentralized nature, a property that makes Bitcoin completely independent from any kind of oversight and control by any government or entity.

One of the reasons for explaining the situation may be problematic relationship between South and North Korea. Probably, that’s why people consider Bitcoin as one of the ways to save money in case of unforeseen circumstances.

In the face of a possible conflict, it is only logical that many would want to protect their savings as the country’s currency could rapidly decline in value under such circumstances, as history has shown us many times.

What’s even more intriguing is that it’s not just Bitcoin. Ether is also making a killing in the country, with the KRW making up over 30% of the daily trading volume, making it the second highest traded pair for Ethereum following Bitcoin. 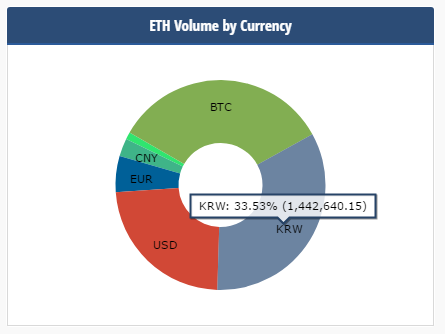 And, much like Bitcoin, ETH is also trading at a considerable premium when compared to the USD. Ether is currently worth 348,515KRW, which is more than$311 in USD. That’s a premium of over 50%, also demonstrating an overwhelming demand for the altcoin in the country. 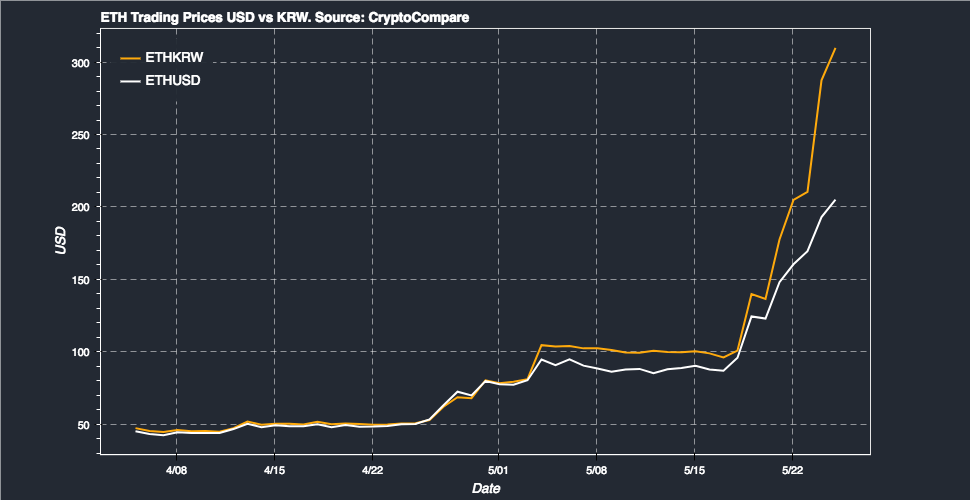 Ethereum Classic is also getting widely popular in the country with similar volumes to Ethereum (429 billion KRW) following the addition of ETC to the popular South Korea-based exchange Bithumb.

Could the political tension lived in South Korea and other countries push the demand for Bitcoin to new levels? Let us know in the comment section.