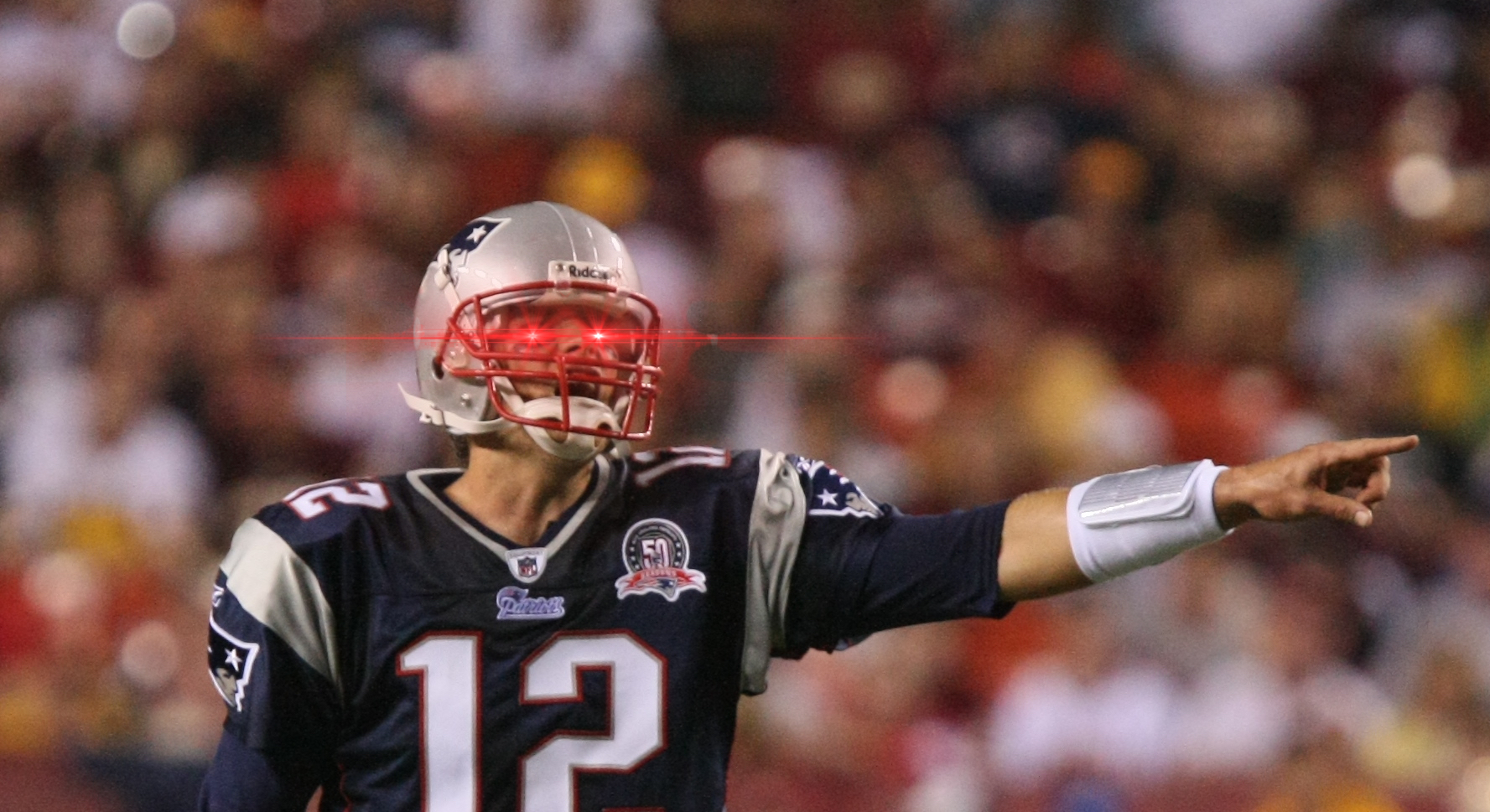 A tweet made over the weekend at NFL icon Tom Brady is catching a lot of attention across crypto Twitter, as the Bitcoin community rallies to get the undisputed GOAT to adorn “laser eyes” in his public profile pic.

The tweet got Brady’s attention, but will the record-breaking athlete “go long” on Bitcoin like a game-winning Hail Mary pass?

The Greatest Of All-Time: Tom Brady And Bitcoin

Certain things are synonymous with greatness. There’s always been a gold standard. Bitcoin is the top cryptocurrency by market cap for a reason. Tesla is arguably the leader in green automobiles. And Tom Brady is the greatest of all time in terms of raw football stats.

The NFL superstar has more Super Bowl rings than he does fingers on one hand and is the record-holder of just about every quarterback-related metric in the sport.

Brady even shed any stigma that his success was related to his teammates or Patriots’ head coach Bill Belichick by winning this year’s Superbowl with the Tampa Bay Buccaneers. But now, the crypto community is trying to turn Brady’s eyes toward the most significant prize yet: Bitcoin.

Going long on Bitcoin has always been a profitable play | Source: BTCUSD on TradingView.com

Will The Quarterback Go Long On BTC And Crypto?

Jason Yanowitz, the co-founder of Blockworks, tweeted at Brady cheering the champion on to change his profile pic to include the Bitcoin community’s signature “laser eyes.”

Like Brady, investors and traders can “go long” on Bitcoin. Anyone who has over the last ten-plus years done so has Brady-like success to show for it.

Bitcoin itself is associated with plenty of broken records. It is by far the best-performing mainstream asset of all time in terms of ROI, beating the likes of Amazon, Apple, and anything else the stock market has to offer.

In just twelve hours, Brady’s response to the tweet has already amassed more than 39,000 likes, 3,000 comments, and nearly 5,000 retweets. But it barely scratches the surface of Brady’s 1.9 million followers, who now might know a bit more about crypto than they did prior to the tweet.

It’s not clear if, like Yanowitz claims, Brady is loading up on BTC, but he’s at least playing along with the fun on the popular social media platform.

Brady is, however, getting into NFTs. He is reportedly launching an NFT platform called Autograph this coming Spring. Will he also add laser eyes to his profile picture and with it more reasons to love the living legend?