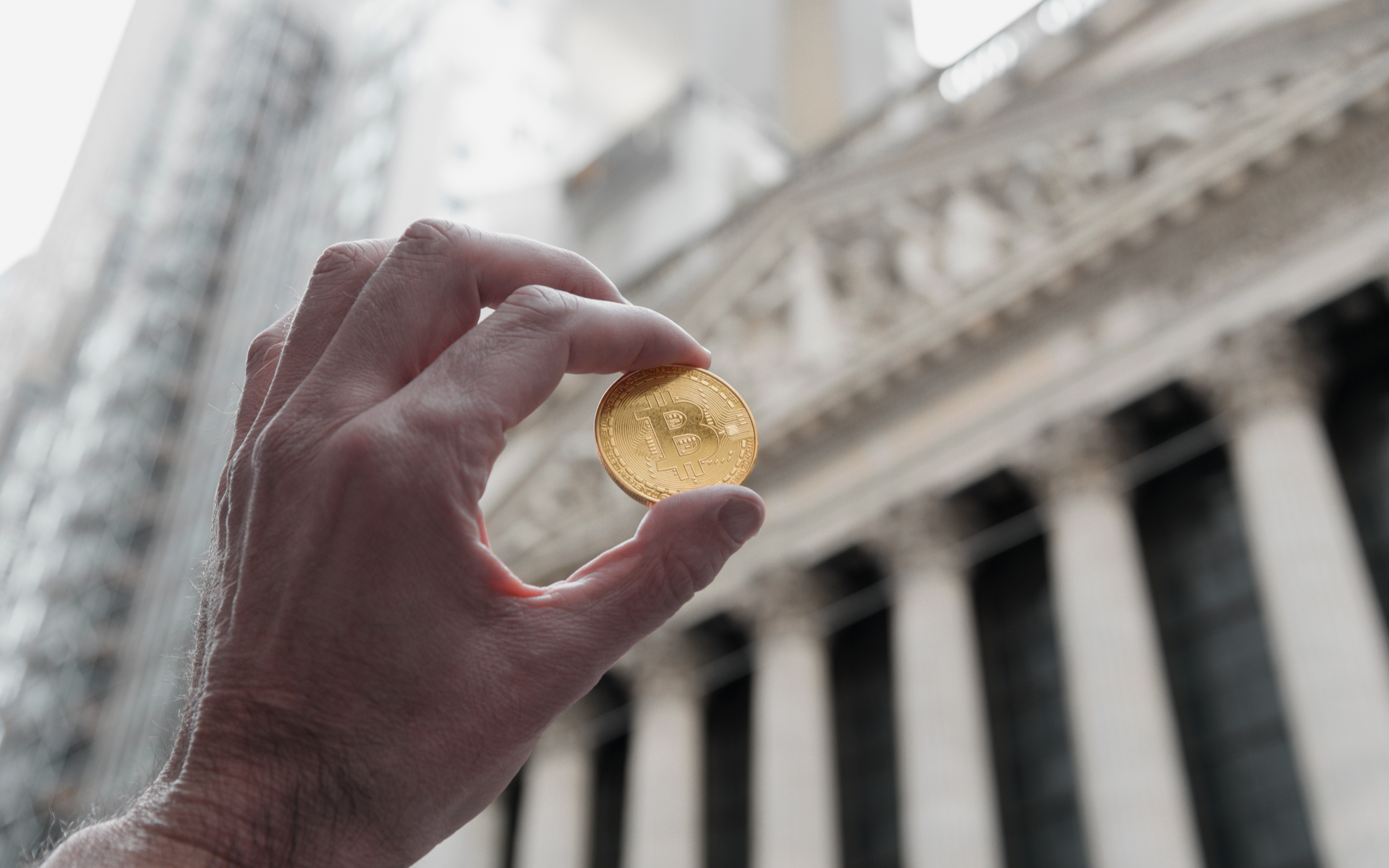 90 percent of all major asset classes posted positive dollar returns this April, with Bitcoin leading the way. What’s more surprising? That BTC rallied by more than 50 percent or that the Wall Street Journal recognized it as the biggest winner?

It wasn’t only Bitcoin that had a disastrous 2018. According to the WSJ, a record 87 percent of all assets plummeted by the close of the year. That includes stocks, commodities, bonds, and credit markets.

However, April 2019 saw a dramatic recovery almost entirely across the board. 90 percent of the 70 asset classes tracked by Deutsche Bank AG made a come back last month, including oil prices and global bonds. However:

Cryptocurrencies have been among the biggest winners of all, with bitcoin rallying more than 50% and recently reclaiming $5,000 after last year’s bust. 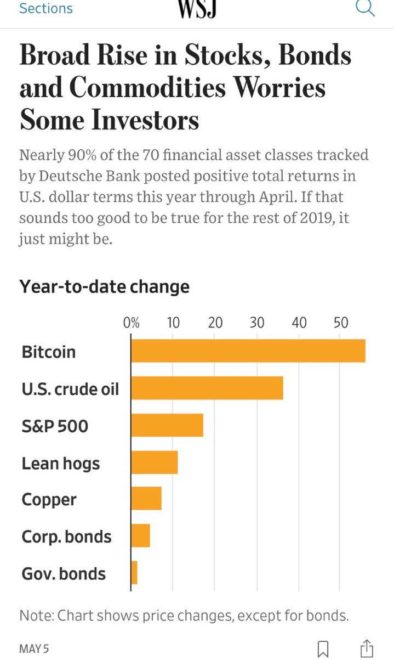 We Told You So

In case you haven’t been taking note, Bitcoinist has reported many times on the virtues of buying Bitcoin.

Its market dominance is indisputable–and it’s already worth around 720,000,000 percent more than its original price. What other asset class can provide returns like that?

Not all investors are rubbing their hands with glee at April’s record-breaking bounceback. Peter Atwater, a research analyst and an adjunct lecturer at The College of William & Mary, quoted in WSJ exclaimed:

It’s been like a bungee jump on a slingshot.

Yet this time around, it’s not just Bitcoin they’re wary of. What seems to be the problem is the correlation between almost all markets.

With all but 10 percent of asset classes following the same pattern as the stock market, analysts are troubled. After all, how do you diversify your investment portfolio offsetting risk across asset classes if they all perform the same way?

It’s generally thought that Bitcoin has no correlation with the stock market. However, this latest data appears to reveal that may no longer be the case. Director of Research and Head of Strategy for Asia-Pacific at Bernstein Research in Hong Kong Michael Parker (also quoted in WSJ) commented:

The markets are more closely tied together than they’ve ever been before.

Investors who believe this rally will continue may be in for a shock. Existing trade agreements and monetary policy may be about to change–and that could send markets into a tailspin once more. 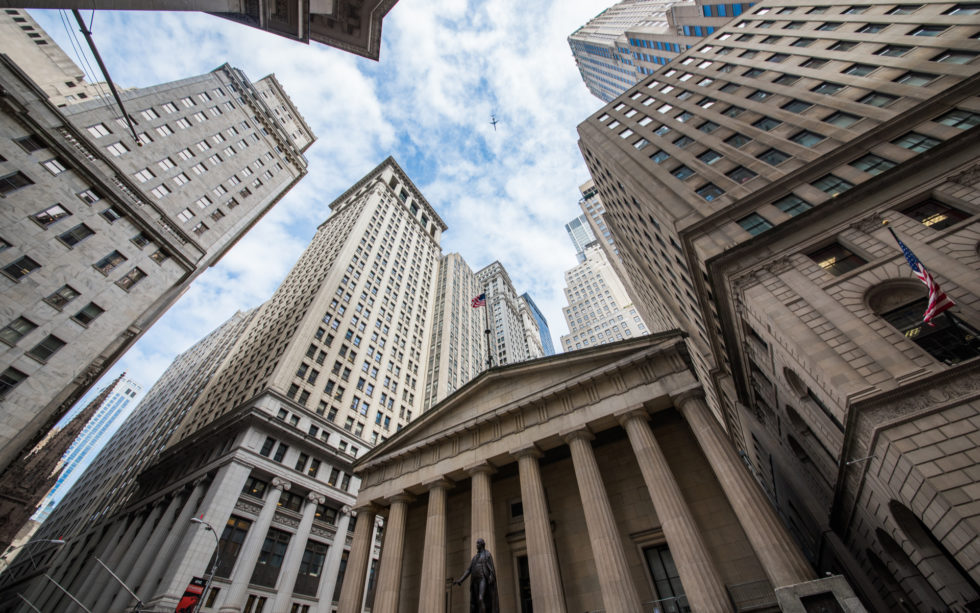 Whatever happens, such a mainstream publication thrusting Bitcoin front and center as the best-performing asset by far in 2019 is significant in itself.

The bear market may not be completely behind us yet, but BTC running circles around all other asset classes is not something any savvy Wall Street investor will ignore.

Should every investor have bitcoin exposure at this point? Share your thoughts below!