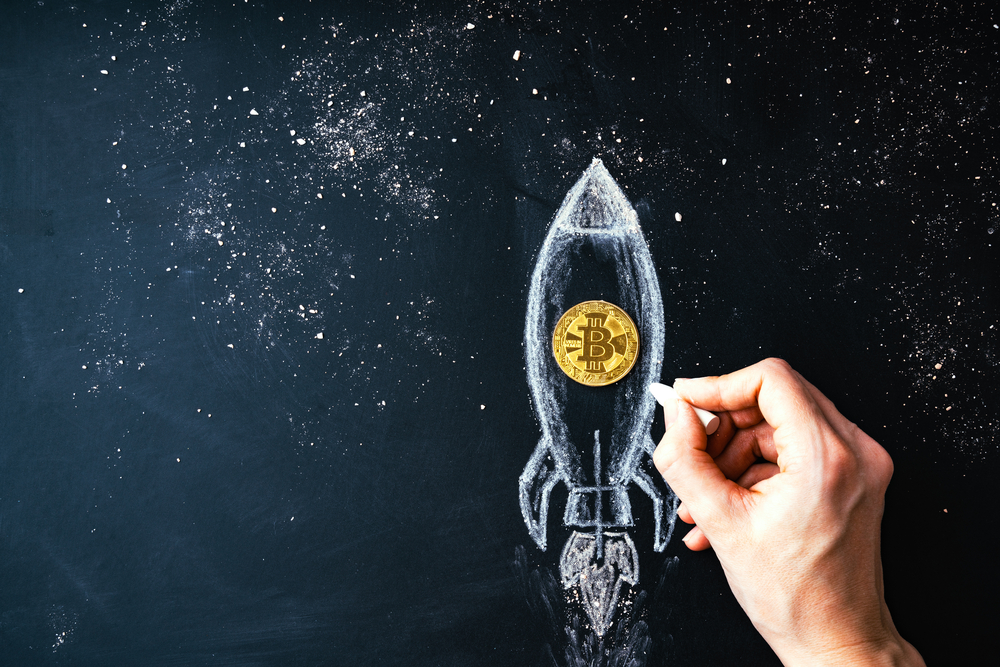 Calls for a $70,000 Bitcoin is picking momentum among technical market analysts as the cryptocurrency makes way into Tesla’s balance sheets.

Cheds, an independent cryptocurrency analyst who enjoys a massive following on Twitter, saw the BTC/USD exchange rate rising by at least 70 percent in the coming sessions. “Just an observation,” he said while citing a fractal-like Relative Strength Indicator for his bullish analogy, adding that whenever the indicator enters into a “power zone,” it sends the Bitcoin prices higher.

The “zone” represents the overbought areas in the chart above. An RSI reading above 70 shows Bitcoin in an exceeding valuation area that typically amounts to a sell-off. However, in the last two breakouts above 70, the cryptocurrency overstayed its welcome above 70, which led the spot price higher by 70-100 percent.

“Based on this theory, the [bitcoin] price should hit about 70k before cooling off, sometime in the next 3-4 weeks,” said Mr. Cheds.

The outlook appeared as Bitcoin established a new record high on Tuesday, hitting levels above $47,500 for the first time in its twelve-year lifetime. Traders flocked into the cryptocurrency market a day after American carmaker Tesla announced that it had purchased $1.5bn worth of Bitcoin as “alternative reserve assets” to their cash holdings.

The announcement has spurred analysts to make aggressive bullish calls on Bitcoin. Mike McGlone, the senior commodity strategist at Bloomberg Intelligence, said Monday that the cryptocurrency’s price would reach $50,000. Some think it could even cross a $100,000 should rich corporate houses take cues from Tesla and buy Bitcoin.

That appears to include Mitch Steves, an analyst at the Royal Bank of Canada, who anticipate Apple to become the next big buyer of the decentralized cryptocurrency—or even if it starts offering a crypto wallet or exchange service like PayPal did in October.

“Even the $75,500 target of a potential +98% surge would be quite realistic within a 2-month time-frame, as it would hit the 2.5 Fibonacci extensions,” TradingShot explained with the graph above. “The only Fib extension of the Fibonacci Channel that hasn’t been hit on +0.5 intervals (see how 1.5 and 2.0 have been already hit).”