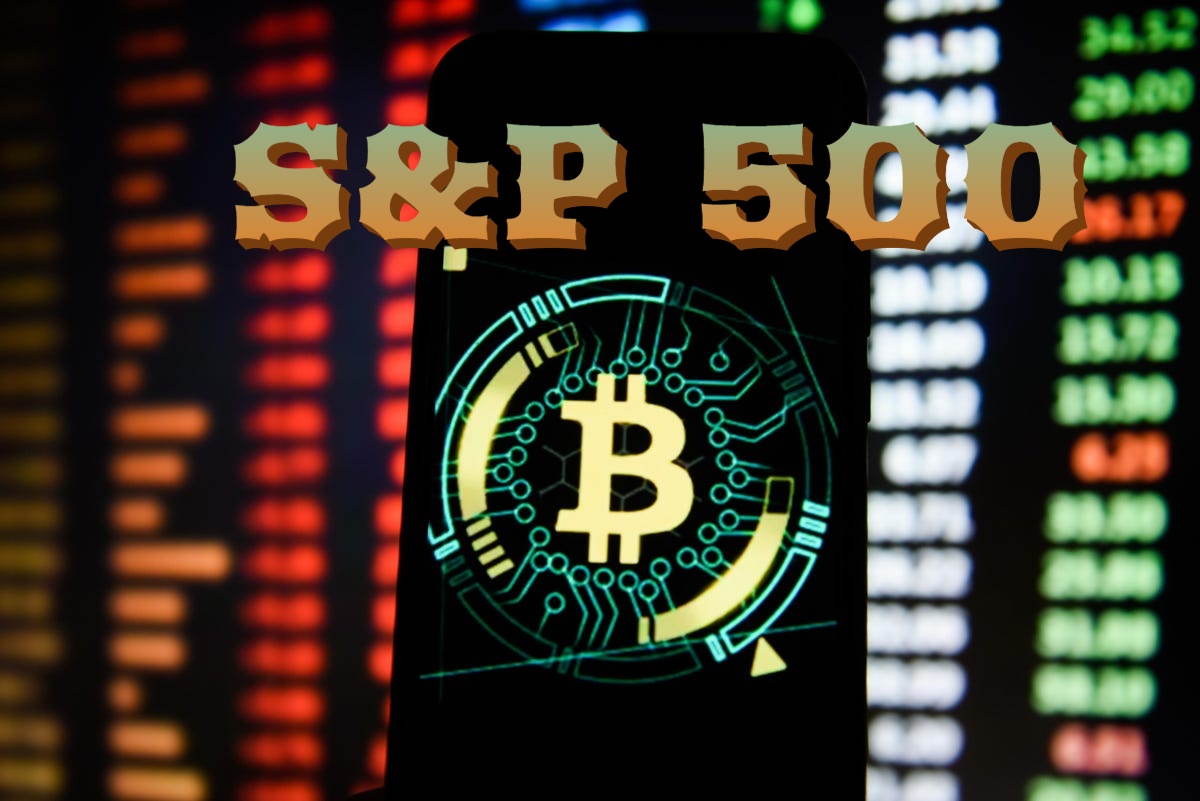 Bitcoin Correlation To The S&P Hits One-Year High. What This Means

Performance across the crypto market has been less than favorable for the past week. Altcoins, alongside bitcoin, have continued to plummet in value, showing no signs of eventual stoppage in the near future. This lackluster performance has sent ripples of fear and panic through the market, translating to even lower prices as investors rush to pull their funds out of the market.

Broader market sentiment has pointed towards more sell-offs and uncertainty among investors keeps pushing the market down. Expected decisions from the Fed, as well as BTC’s high correlation to the S&P, have pointed to more downtrend.

Bitcoin’s correlation with the S&P has now hit its highest point in a year. The digital asset closely following the S&P has proven it to be a risk-on asset, as it’s already being viewed by investors. This does not spell good news for the digital asset as risk-on assets are historically known to not perform well in periods of quantitative tightening, hence, the expected downtrend for bitcoin.

One of the most important things regarding the price of the pioneer cryptocurrency is the Fed’s decision going forward. It is still left to be seen if the Fed will settle on a more tightened monetary policy going forward or not, which would be instrumental in the next steps for bitcoin. 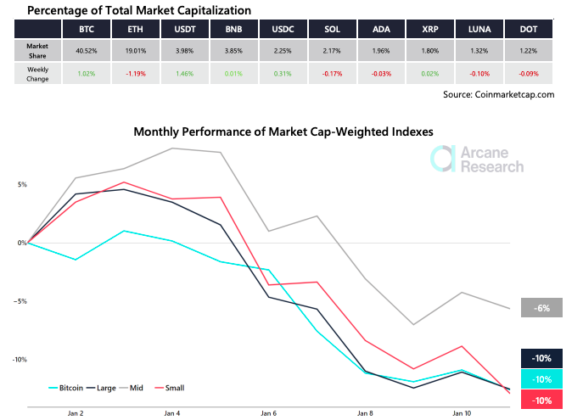 The minutes released by the Fed on Wednesday pointed to harsher policies in the works, sending risk-on assets tumbling down. More than 10% in the case of bitcoin. Altcoins like Ethereum and BNB had the same response but have continued to fall going into the week. In total, ETH has fallen 10% and BNB has recorded a 12% decline since the minutes were released.

Bitcoin dominance over the broader crypto market had been declining rapidly in the last few months. This was due to the growth of altcoins which caused them to command a greater market share. At their highest point, altcoins had successfully eaten into bitcoin’s market share that its market dominance topped down to below 40%.

However, this would prove to be short-lived as BTC has begun to regain lost market share. Altcoins’ performance in the last week saw BTC creep into altcoins’ market share, reducing their dominance in the market.

Bitcoin’s rising dominance once again proves the digital asset’s superiority over altcoins in times of market uncertainty. In the past, during bear markets, bitcoin has always maintained high market dominance, while bull markets have been dominated by altcoins. It seems history is repeating itself again as the market heads into another bear trend.