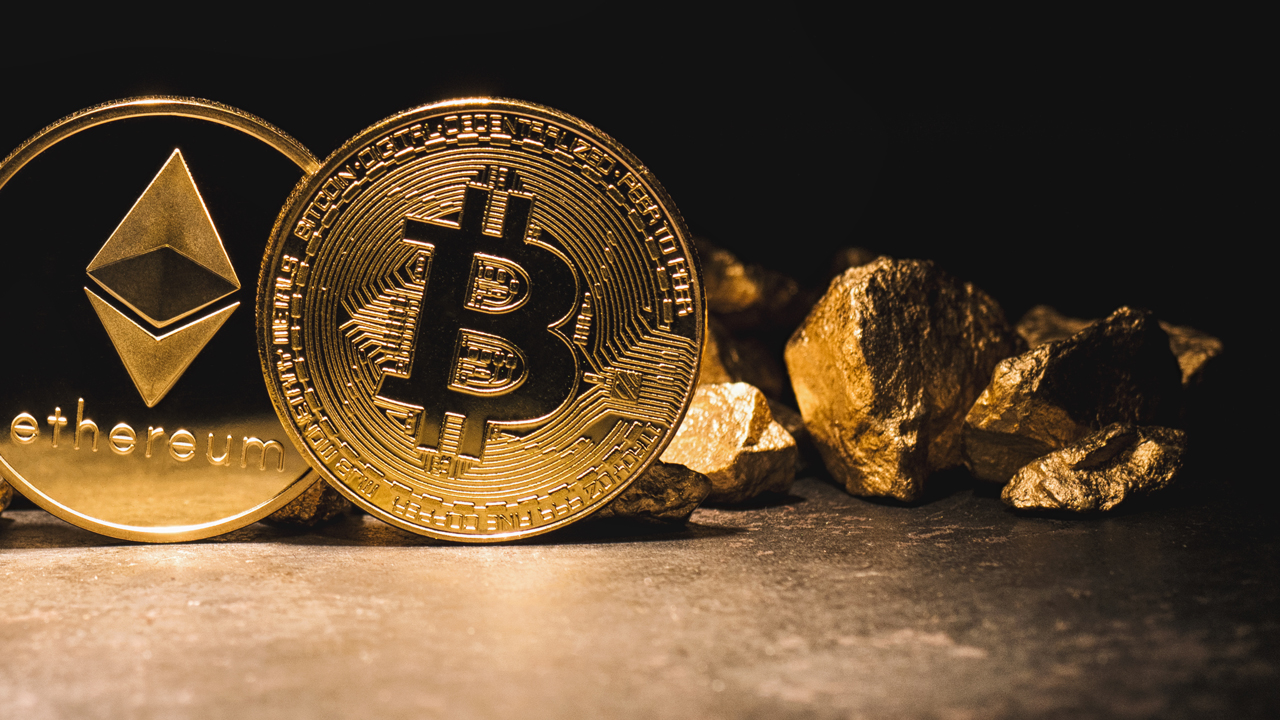 Bitcoin, Ethereum Outperform Gold As The Battle For Supremacy Continues

Bitcoin, ethereum, and gold have been in what has become a battle for supremacy in recent times. This has been a result of rising inflation rates and investors looking for the best ways to hedge for this. Gold has held the top spot for being the go-to inflation hedge for hundreds of years being a universally recognized store of value but this reality is quickly changing.

Bitcoin, known as digital gold, has proven to be a top contender as the number 1 inflation hedge. The digital asset’s outperformance has made it an investment of choice for those seeking to outrun inflation rates, as well as ethereum. There are some who still believe that gold remains the best store of value and inflation hedge. However, the performances across these assets say otherwise.

By 2021, cryptocurrencies in general recorded a remarkable year of growth. Propelled by adoption, digital assets such as bitcoin and ethereum hit new all-time highs. Both assets are headed towards the end of the year have at least doubled their value from the same time last year. Gold has however not had such luck. Where bitcoin and ethereum have returned double and even triple-digit ROIs, gold investors have seen nothing but losses.

This report from IntoTheBlock outlines just how badly gold has performed compared to its digital counterparts. For the year 2021, bitcoin has appreciated 71.8%, while ethereum has seen returns up to 456%. For gold, it had trended in the negative, recording a total ROI of -5.26%.

Given that inflation rates have touched as high as 6% for the year, gold has had a disappointing year so far.

The NASDAQ and the S&P fared better than gold for the year, yielding positive returns, but were both outperformed by bitcoin and ethereum. The NASDAQ saw yearly returns of 26.54%, while the S&P sat at 25.82%.

Out With The Old, In With The New

Gold has been the investment of choice for those who want steady but long-term returns. It is regarded as a relativity low-risk asset that also doubles as an inflation hedge. This is because it is universally accepted as a store of value, recognized by even central banks. Given this, it has lasted for more than 2,000 years as a currency and form of investment.

However, as times have changed and the world has moved towards technology, there have been contenders for gold. Bitcoin, which is a little over a decade old at this point, has gained favor over gold as an investment vehicle, especially among younger investors.

This study shows from 2020 showed that Millennials feel safer investing in bitcoin over precious metals like gold and also picked the digital asset over stocks. This has become even more prominent in 2021 as a recent survey from CNBC showed that over half of Millennial millionaires held at least 50% of their wealth in bitcoin, and they planned to purchase more.