Bitcoin for Buskers – a Case Study in Micro-Transactions 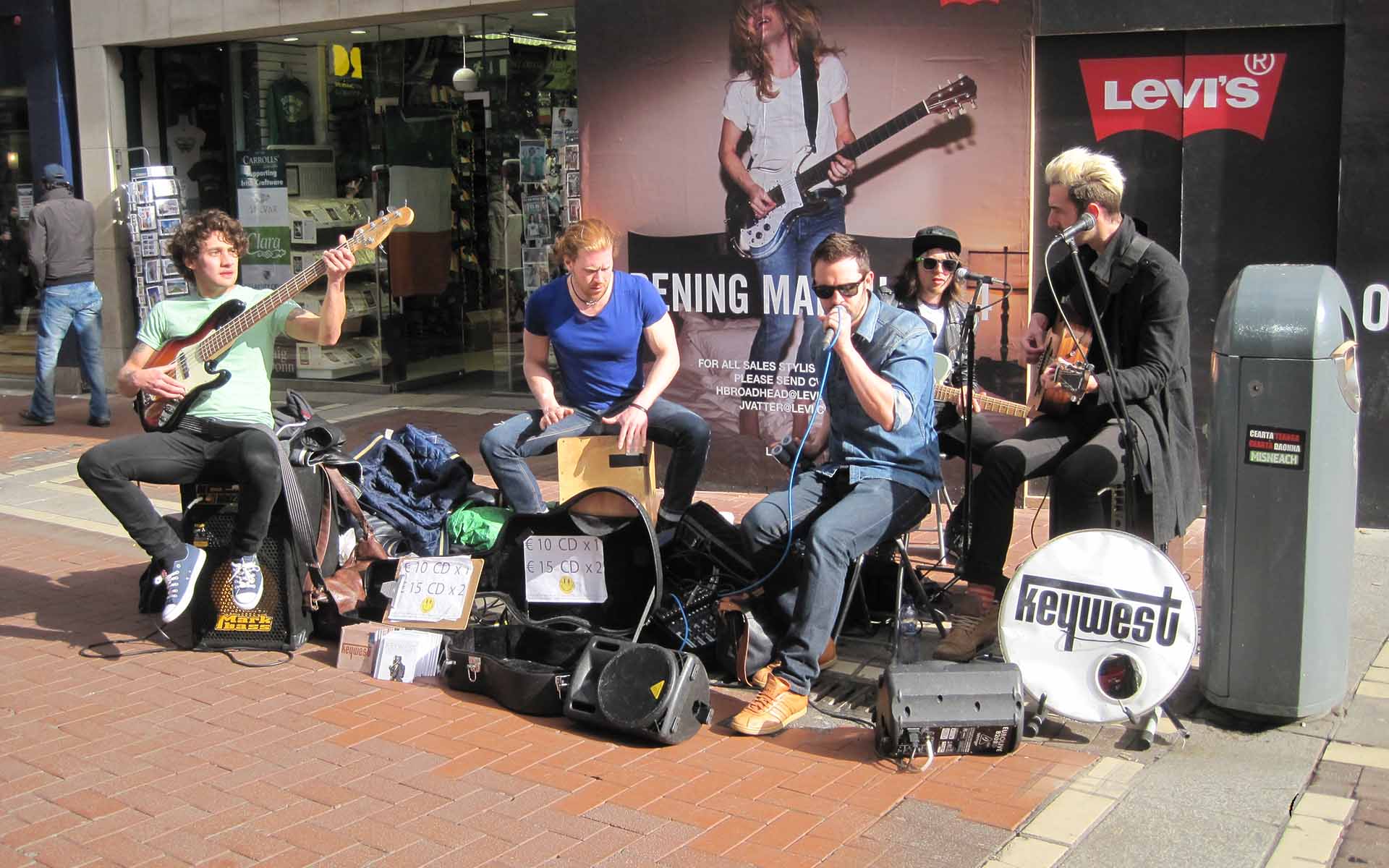 Bitcoin for Buskers – a Case Study in Micro-Transactions

Heavy footfall, the call to action, a pay what you want strategy for instant payments accepted worldwide. Here’s why cryptocurrency could soon become the buskers’ preferred virtual hat.

It’s Sunday afternoon and you’re doing some browsing at a local market. You’ve just got yourself some tasty tacos from one of the food stands. Yes, I meant real physical browsing, not sitting at home in front of your computer screen!

Looking for somewhere to enjoy your tacos, you notice a crowd gathered around a group of street musicians. They’re pretty good, so you spend several minutes listening whilst you eat. It’s only when you’ve finished the food that you realize you’re out of change.

There’s an App for That

Faced with the problem of an increasing propensity for cash-free audiences, Josh Thomson and his busking partner started accepting electronic payments on the streets. Well, if fictional homeless people can do it then why not? In fact, I think if I were busking on the street I’d plaster a QR code all over the front of my bass drum.

Josh has spent four and a half years traveling around the world and busking for a living. He says that he has noticed differences in attitude between audiences in different countries. 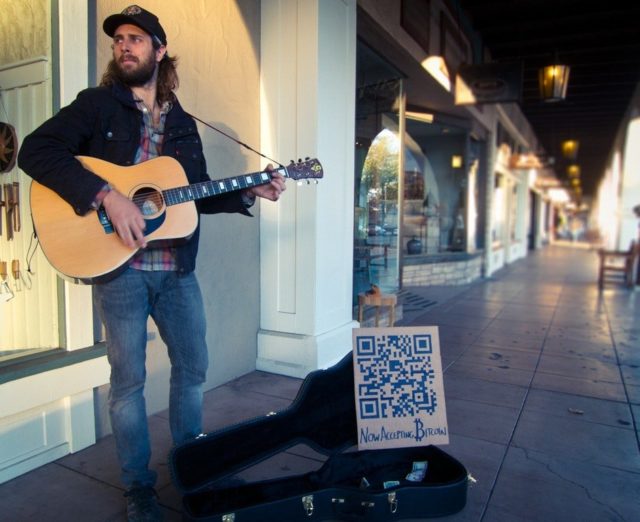 The Future of Travel

Mr. Thomson, who is an Australian, says that audiences in his home country are more wary of making electronic payments. However,  he notes that:

In Europe and the UK, with apps and PayPal and everyone getting into bitcoin, people actually are paying buskers with digital currency

Unsurprisingly, older generations are more likely to feel that digging into your pockets is more anonymous than swiping a card payment. But those who have grown up with Chip and PIN have always been taught that card payments are safer than cash.

And of course, the crypto-generation are fully aware of the benefits of a crypto payment. Josh also says that accepting electronic payments has also encouraged larger individual donations.

I can just imagine some hipster showing off in front of his friends and dropping a whole wad of crypto on my busking ass. In fact, I can’t think of a better way to part a hipster and his money.

Let’s just hope that this doesn’t catch on with the chuggers.

Have you ever given money to a busker using digital currency? As we become more and more a cashless society, do you think it will continue to catch on? Let us know in the comments below.