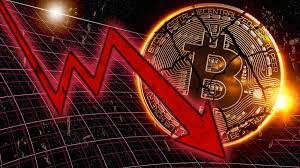 Bitcoin has given the worst Puell Multiple since this bull run began. The coin has been on a downward spiral lately. News of crackdowns out of China. Miners having to find alternate locations for their activities. Mining facilities are airlifting their mining rigs out of China to the U.S. China also issued a ban on digital currency transactions. The country ordered banks to block all transactions involving crypto.

There have been record crypto liquidations taking place. With approximately $1 billion pulled out of the market overnight. Crashing prices along the way. A culmination of these events has led to the worst Puell Multiple reading in recent months.

This has dragged the Puell Multiple down to a staggering 0.81. The lowest it has ever been in eight months.

With so many miners out of commission in China, the bitcoin hash rate has fallen dangerously low. The hash rate for BTC has been below 105 billion for two days in a row. The seven-day average dropped down to 129.1 million exahashes on Tuesday.

the total computational power used to secure transactions on the blockchain is the bitcoin hash rate.

This is the lowest that the hash rate has been in over six months.

This is a direct result of the ban on crypto mining in China. Entire regions have shut down their mining farms. With the remaining mining farms in other regions poised to follow suit. Sichuan’s initiative making the list for the clampdown of mining operations.

State-run electricity companies have been asked to make sure that no crypto activities are being carried out.

The number of daily issued bitcoin has fallen.

With the recent crackdowns on mining, the number of BTC issued each day has fallen. This is due to the fact that a lot of miners are offline. So, this means that not enough blocks are being hashed. Due to not enough computational power only to solve the complex equations required to process bitcoin transactions.

Roughly 700 bitcoins were issued into the market in the last 24 hours.

This number translates to a 22% decreased in the number of bitcoins mined.

This leaves a lot of uncertainty in the market regarding the future of the coin. And the market in general.