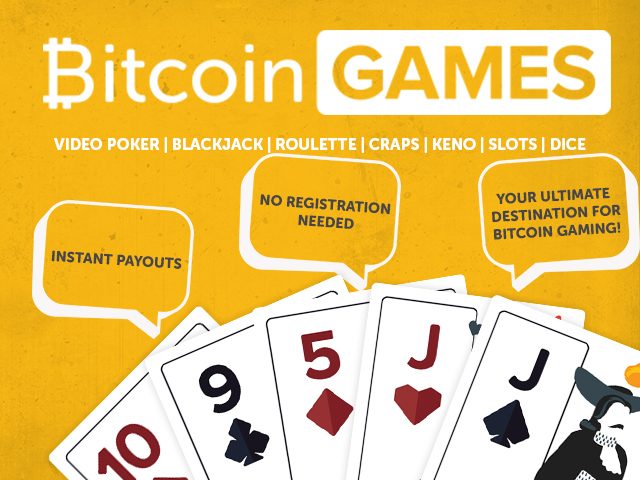 by Bitcoinist
in Bitcoin, Bitcoin Businesses
1

Bitcoin.com has launched a brand new gambling platform, called Bitcoin Games. Aside from its seven “provably fair” games, the service boasts an unheard of 99 percent return rate, meaning that the casino gives almost all money received from wagers back to players in the form of payouts.

This article is sponsored by Bitcoin Games.

Bitcoin Games guarantees users a satisfying gambling experience, telling press that its “provably fair entertainment and and great jackpots” make for “simple yet captivating games.” Furthermore, with instant withdrawals and a 99 percent return rate, the service said that it has something to offer for everyone.

Players can participate in these games in a “boutique-like” atmosphere, which gives this platform an edge over competitors, who Bitcoin Games say have “overwhelmed” the market with “mass-produced games.”

Based on casino classics, the platform told press their games offer player familiarity with a modern Bitcoin twist. “[Games] have unique features that have the Bitcoin Games’ seal of authenticity all over them,” the company said.

For example, the slot game works like a regular virtual slot machine. However, this game has cryptocurrency-themed symbols on the reels instead of the more traditional symbols found on a non-bitcoin slot machine. Card games have similar features, the team told press, such as Bitcoin and other crypto symbols on Ace cards.

All transactions on the platform happen on the blockchain, allowing for immediate deposits and withdrawals with no questions asked. “This withdrawal policy is the best kind of customer care that any casino can offer,” the service told press, “which is why Bitcoin Games will surely gain its praise among players all around.”

Keeping true to its Bitcoin and blockchain theme, the casino offers its users full anonymity, allowing anyone to play without giving up personal information. “No one will ask anyone who they are,” the casino said, “and everyone will be able to play knowing their identity is safe.”

“[Anonymity] is one of the greatest features that a pure bitcoin casino can offer to its clients,” the firm continued.

Bitcoin Games does not offer bonuses to players — unlike other bitcoin casinos — instead working to draw players in with what they call “pure bitcoin gaming,” boasting “one of the lowest house edges in the industry.” The casino also highlights its rare 99 percent return rate, saying that it acts as an “equivalent to a bonus at any other casino.”

Due to regulation restrictions, Bitcoin.com’s new gaming service available to US customers in a limited capacity. US players cannot use real money on the casino, but they can still play games with test credits.

Interested gamers can get started on the platform immediately at games.bitcoin.com.