“Moore’s Law” has been identified by a Harvard Scientist in Bitcoin, and as such the belief is that the digital currency can reach $100,000 by February 2021, according to this theorem.

With Bitcoin reaching a big milestone in its scaling debate, an issue that has dogged the digital currency for some time, it is now once again breaking records with little slowing it down.

Fear and speculation ran rampant leading up to the August 1 hard fork, which saw the creation of a new digital currency called Bitcoin Cash – a fork of the original Bitcoin. However, even since its creation, and rise to third-largest digital currency for a while in regards to market cap, it has not slowed Bitcoin’s growth. 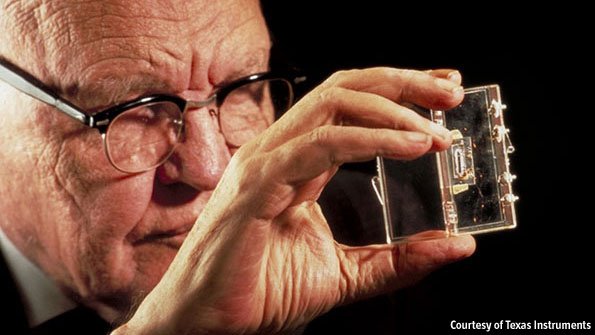 Moore’s Law is a theorem and a formula that was created by the co-founder of Intel’s Gordon Moore Processor. It states that, on a processor, the number of transistors on the new microprocessor models will increase approximately twice every 18-24 months.

This law has been identified by Denis Porto, and investor, as well as a Harvard Scientist. It is his opinion that Bitcoin has become the first digital currency to show signs of this law, even though it is not specifically aimed at this form of technology.

In a recent interview with Markets Morning, Porto said:

Moore’s law is specifically applied to the number of transistors per circuit, but it can be applied to any digital technology. […] Any technology that grows exponentially (i.e. following Moore’s Law) has a doubling moment.

In the wake of Bitcoin reaching its latest all time high last week, optimism and confidence have skyrocketed once again for the original digital currency. There have been a number of factors that have pushed Bitcoin’s growth, and those same factors have seen it follow the trajectory of Moore’s Law as identified by Porto.

Bitcoin’s ability to scale through SegWit, and suffer no ill effects from the hard fork, and instead grow to new heights has set this path to $100,000 in the next four years.

There are other factors in the pipeline as well that can also help Bitcoin to stick to this trajectory of $100,000 as on Tuesday it was reported that Russia is looking to take over the mantle as the king of Bitcoin mining.

Dmitry Marinichev, one of Russian President Vladimir Putin’s advisors, is preparing to boost Russia to be the global power of Bitcoin mining, in an attempt to compete with China.

Are these prediction far too high? Can an asset really reach such prices or is there a real threat of a bubble? Let us know your thoughts in the comments below!