The developers of Bitcoin Gold (BTG) have released an official statement on the MyBTGWallet scam that resulted in millions of dollars worth of cryptocurrency being stolen.

While the realm of cryptocurrency is exciting, it can still be a wild and dangerous place where scammers seek any opportunity to rip people off. A major firestorm currently raging is the MyBTGWallet scam that resulted in millions of dollars in digital currency being stolen from people’s wallets. Although the exact amount stolen has yet to be determined, reports circulating online put the losses at anywhere from $1 million to $3.5 million or more. A lot of anger has been directed at the Bitcoin Gold team over the situation, and they have now released an official statement on the situation.

The Response by Bitcoin Gold

The statement by the team behind Bitcoin Gold addresses several key points concerning the MyBTGWallet scam. Here is some of their statement:

Bitcoingold.org is an informational community website for the Bitcoin Gold open source project. We do not hold user funds. We work hard to fairly promote all third-party developers in the crypto community – large or small, established or new.

All mining pools, explorers, wallets, and exchanges that announce their support of BTG and request to be listed are given an opportunity to freely promote their services to the community. Also in the interest of fairness, we share the news of new providers via social media,

with retweets, shares, etc. Neither these actions nor listing on the bitcoingold.org site should be taken as endorsements of third parties. We cannot attest that they are currently safe nor that they always will be safe.

When we receive verifiable reports that a website or app is a problem, we remove it from our site.

We have voluntarily been looking into issues around a particular third-party provider previously listed on our site. Preliminary investigations indicated that at least some of the claims of theft by the mybtgwallet site are reliable. Like all third-party sites, that site was not in our control, but we immediately removed it from our pages.

The team is working with security experts to get to the bottom of this issue. It appears the mybtgwallet online wallet site was modified by unknown parties long after it was originally published. We are closely following the ongoing investigation and expect all findings to be disclosed to the public as soon as it is appropriate to do so. The team will continue to cooperate in every way possible and work tirelessly in hopes of getting to the root of what happened.

Is the Official Statement Good Enough?

BTG is working with the FBI on this theft of cryptocurrency, but quite a few victims are still not satisfied. The MyBTGWallet was developed by “John Dass”, who held the status of “developer” in the official Bitcoin Gold Slack channel. It should be noted that this status was not established by the BTG team but rather by Dass himself.

Bitcoinist spoke with Bitcoin Gold spokesperson Edward Iskra who explained that the original source code of Dass’ wallet had been posted on Github and audited by BTG to verify that the code was clean and free of any malware. Based on the investigation timeline so far, the malicious code was injected after the wallet’s listing on the BTG website, sometime on the 12th of November. Once the Bitcoin Gold team became aware of the theft, the wallet’s listing was removed from the website.

The statement released by BTG seems to distance themselves from the MyBTGWallet scam, but the fact that the wallet was referenced by them in various venues appears problematic. Furthermore, it appears that a number of victims have decided to sue Bitcoin Gold, and this group maintains that the BTG developers threatened them with a complete refusal to cooperate if the wallet scam became public in the media.

I have spoken with all core members, spoken extensively with those involved in the fraud investigation and I’ve never heard anything remotely close to that. We are happy to share everything we can – especially with law enforcement. 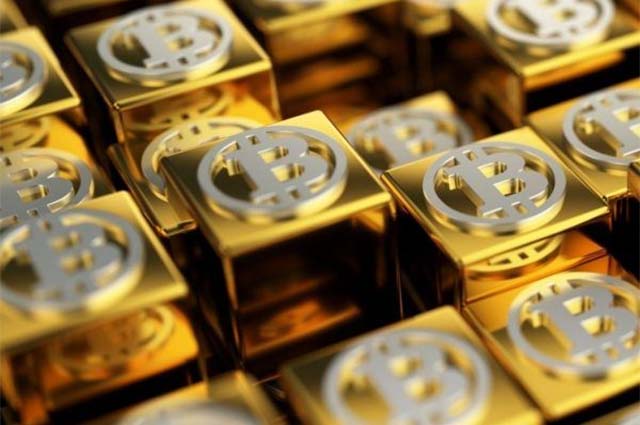 There has been some speculation that some of the driving force behind the lawsuit may be due to Bitcoin Gold’s 100,000 BTG endowment fund. The fund, which has been earmarked for future projects and overhead, is largely inaccessible even to core team members. Immediately upon being mined, 60% of the fund’s coins were locked into multi-sig time-locked wallets that open up over the course of 3 years. The remaining 40% are kept in a multi-sig wallet that requires the signatures of 4 out of 6 core team members in order to unlock it.

As for the technical details on the MyBTGWallet scam, Reddit user /u/Uejji has done some sterling work and has published his findings on the /r/BTC subreddit. As for John Dass, he initially claimed innocence when Bitcoin Gold began their investigation, but he has since dropped out of touch with them.

While Bitcoin Gold is doing everything within their power to work with law enforcement to try to locate the person(s) responsible, victims who have been defrauded by the MyBTGWallet scam should report the theft to their own local law enforcement agency as well. A community effort between Bitcoin Gold and the victims of the scam is the best hope for the recovery of the stolen coins.

Do you think that the statement by Bitcoin Gold about the MyBTGWallet scam is enough? Do they share some of the blame for what happened? Let us know in the comments below.