LOS ANGELES — Bitcoin IRA, marketed as the first and only bitcoin-based retirement investment company, has announced a gold rebate for new clients.

The company said the rebate will run for a limited time, until supplies of the gold eagle coins run out. According to a press release, the Bitcoin IRA team wants to use this rebate promotion as a way to incentivize using bitcoin to save for retirement.

For those interested in opening a Bitcoin IRA account, the company says it has both traditional and Roth IRA options, which offer the same tax benefits as regular investment accounts.

The company also noted the growth of bitcoin since the IRA’s inception in May 2016. At press time, the bitcoin price has increased by 44.4 percent since the company’s May launch.

Additionally, in a press release, Bitcoin IRA compared bitcoin’s growth to S&P 500 performance over the last year, showing a graph depicting a rather stagnant S&P on top of a massive orange wave of bitcoin gains. 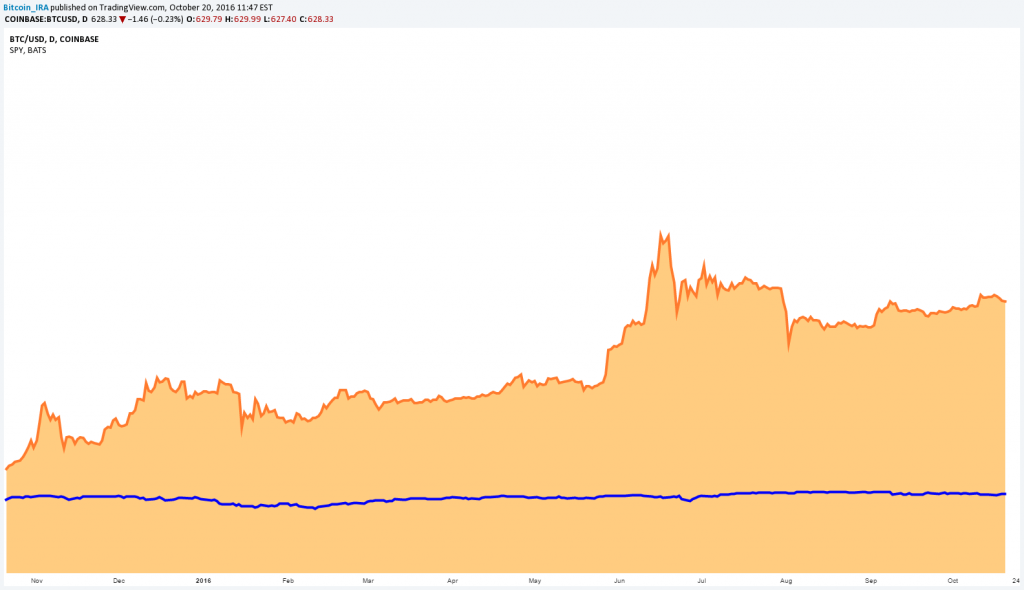 Similar to the new gold rebate, the IRA providers also have a silver rebate, which they started in late August to celebrate a milestone of $500,000 worth of bitcoin invested on the platform. New accounts are eligible for a 1 percent rebate in silver on each new investment account.

“Bitcoin is one of the most important currency innovations in decades. It’s a decentralized, global form of money, so its value isn’t tied to the economy of any one specific country. That makes it an excellent way to diversify your investments.”

In addition to the gold and silver rebates, anyone interested in using bitcoin to save for retirement can download the company’s free investment guide.

Do you think using bitcoin to invest in your retirement is a good idea? Let us know in the comments below.