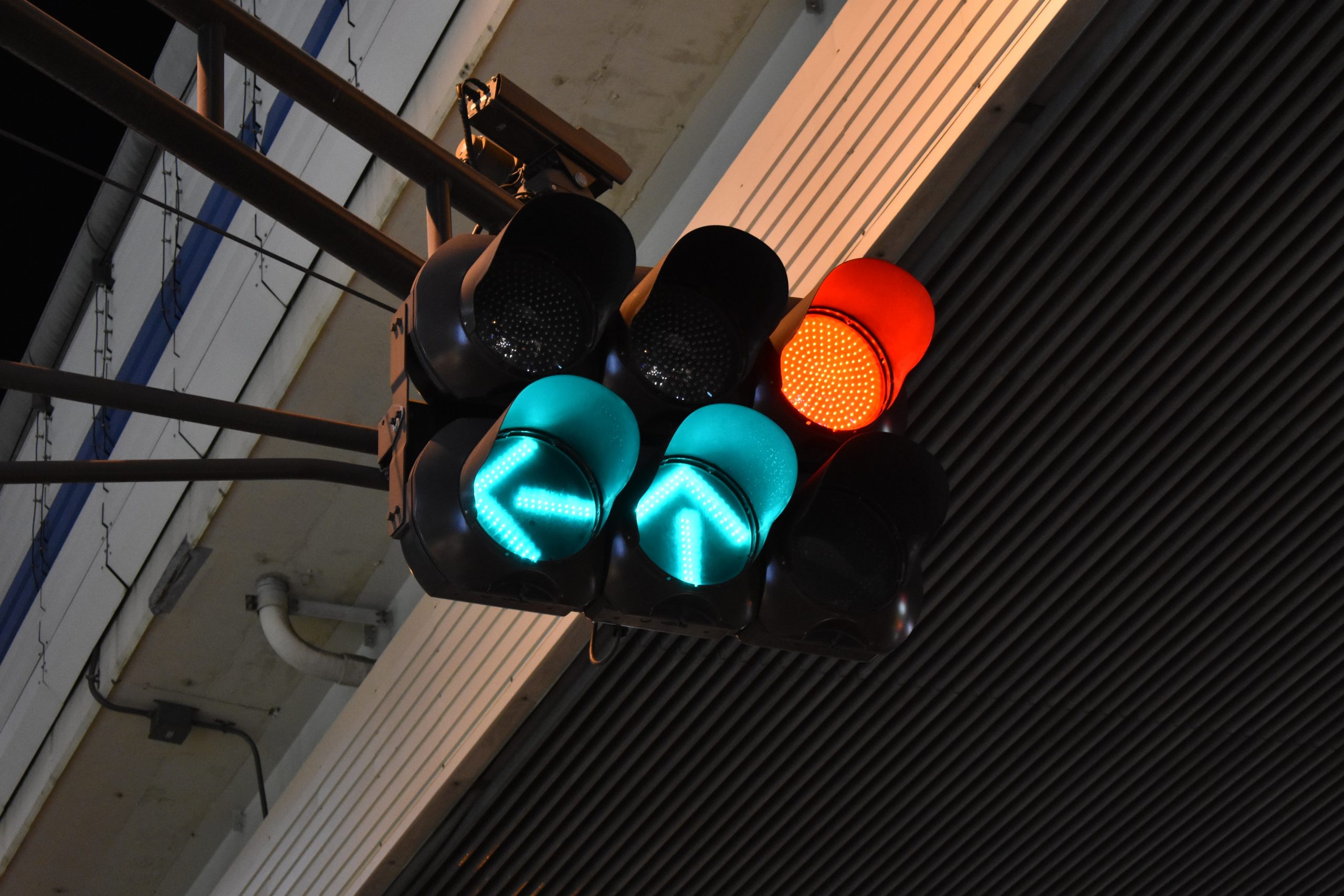 Bitcoin’s bull case is growing. There are a plethora of factors that all indicate it is gearing up for a push higher that sends it to fresh yearly highs.

This strength comes as the cryptocurrency trades right around its highest level seen all year, with bulls now attempting to garner enough buying pressure to send it up to fresh highs.

Where the cryptocurrency trends next will likely be influenced by its reaction to the resistance level it is currently pushing up against.

A break above this level could allow it to form another leg higher, whereas a break below it could catalyze a sharp downtrend.

The short-term strength Bitcoin has expressed throughout the past few weeks has translated into macro bullishness.

At the time of writing, BTC is trading up marginally at its current price of $11,750. This is around the price at which it has been consolidating throughout the past several days and weeks.

The cryptocurrency is facing some resistance between $11,800 and $12,000 that it has yet to surmount.

While looking towards its monthly chart, it does appear that the cryptocurrency is firmly in the control of buyers.

As one analyst noted, Bitcoin was just able to break above the upper boundary of a massive bull pennant it had been forming since 2017. 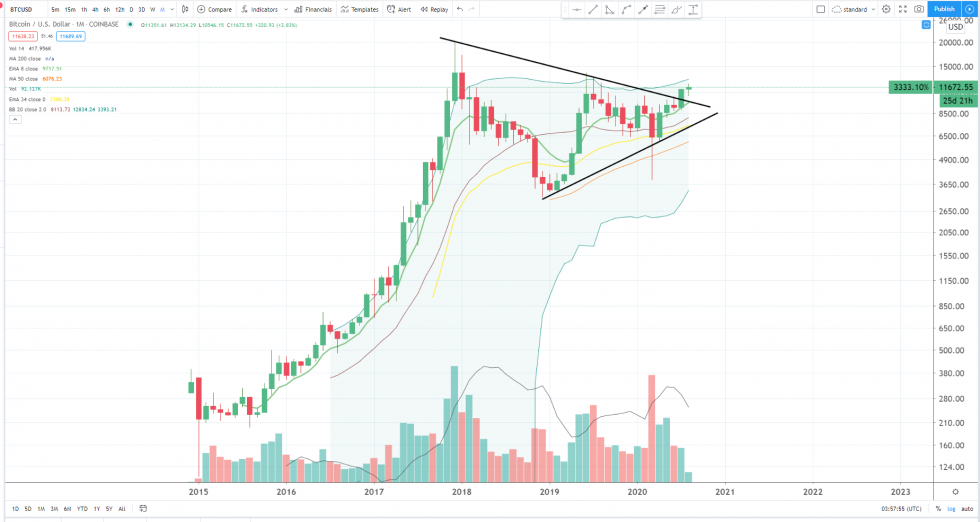 BTC Pushes Against Crucial Resistance; Will It Break Through?

While pointing to Bitcoin’s recent daily close within the lower-$11,800 region, one popular cryptocurrency analyst explained that he believes BTC can break above $12,000 in the coming several hours.

“BTC: Daily close right under previous high. I think Bitcoin can break above $12k the next 24 hrs. The opportunity to buy in at the dip, sub $11k, was short lived which typically is a bullish sign,” he said. 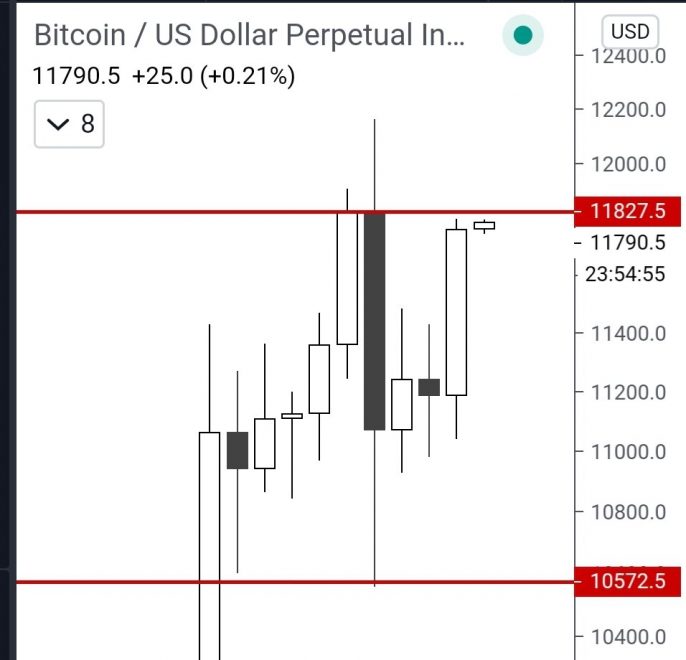 If Bitcoin is unable to close above $12,000 today, it may be a sign that this is an insurmountable level, and that downside is imminent before it can extend its uptrend further.