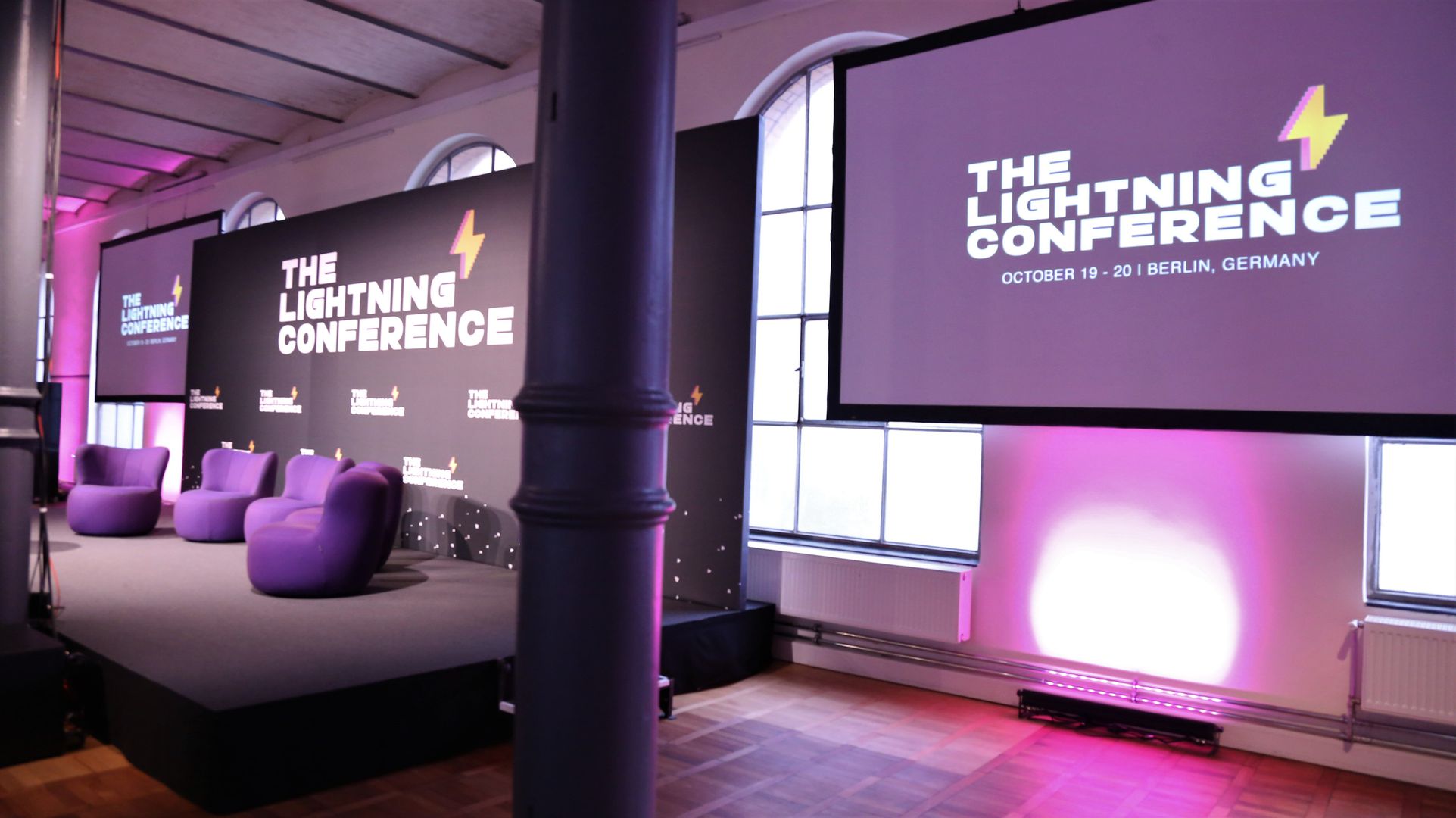 The inaugural Lightning Conference was held in Berlin, Germany on the weekend of October 19/20, 2019. It was the first global conference exclusively focused on the Lightning Network.

The goal of the conference was to build on the momentum that the Lightning Network has gained in 2019 and to bring together Lightning developers, implementations and the broader community. The feedback of the conference has been overwhelmingly positive with over 500 attendees and 90 speakers from across the world.

Organized by the creators of the #LightningHackday, the conference featured technical talks, panels, workshops, and demos.

Recordings of the talk and panel content can be found on the LN Conference’s official YouTube-channel.

LND, C-Lightning, and Eclair (the three major Lightning Network implementations) all shared a sneak peek of their corresponding roadmaps, from what should be expected in the future to how they’re thinking about solving today’s problems.

Improving onboarding and user experience was one of the main themes throughout many talks. The community has been transparent in discussing the current state of on-boarding, the hurdles, and limitations of the user experience, and how to tackle the existing problem from all possible angles.

From watchtowers to pathfinding, simplified UI to new onramps, improvements to both applications and the network are in the works to make Lightning Network technology more accessible.

With over a dozen demos and workshops, the second-floor hack area was ground zero for seeing Lightning in action. The workshops acted as a playground for developers to showcase their ideas, while gathering real-time feedback. The demo area was filled with creativity that gave PolloFeed a run for its sats. In conjunction with a physical component, these demos displayed the variety of cool things Lightning Network technology can enable.

Bottle Pay gave a preview of its APIs, which will allow developers to leverage their wallet infrastructure whilst building apps https://bottle.li

The Lightning Conference 2019 was sponsored by Bottle Pay, a project focused on mainstream adoption for Lighting via social media and BitMEX Research.