Bitcoin Most Likely to Gain Mass Adoption, According to New Survey 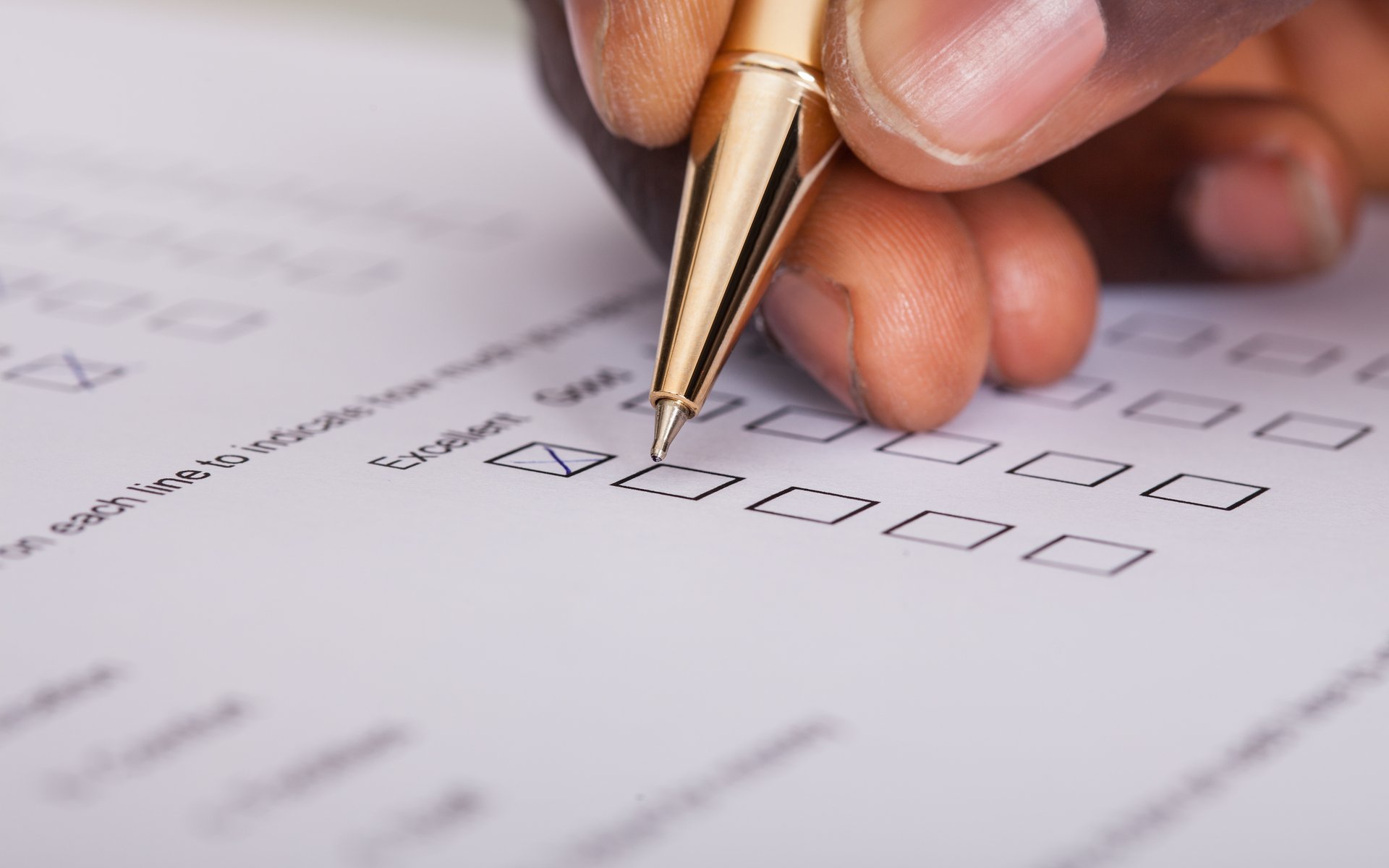 Bitcoin Most Likely to Gain Mass Adoption, According to New Survey

The vast majority of executives and cryptocurrency investors want more regulatory clarity and see Bitcoin as being the most likely cryptocurrency to gain mass adoption, according to a new survey.

More than 60 professionals, a majority of whom were investors or business executives, completed the 2018 Cryptocurrency Survey conducted by law firm Foley & Lardner LLP.

The survey participants overwhelmingly see Bitcoin 00 and Ethereum 00 as the leaders of the cryptocurrency space. Despite different use-cases, Bitcoin is viewed as the most likely to gain the broadest adoption for payments as money by 43 percent of respondents, with Ethereum a distant second at 17 percent — followed by Ripple, Dash and privacy-focused coins ZCash and Monero, respectively. 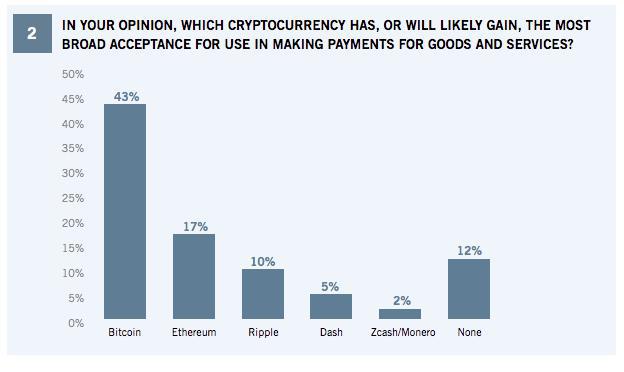 However, Ethereum was considered as the best investment opportunity by 38 percent of respondents, just above the most renowned cryptocurrency, Bitcoin, which received 35 percent of the votes.

Interestingly, 72 percent of the respondents support having the ability to invest in cryptocurrency exchange-traded funds (ETFs) with only 3 percent favoring Bitcoin-only funds. This echoes previous statements from JP Morgan, which said that ETFs are the “holy grail” for cryptocurrency investors.

One of the most telling findings saw a majority (58 percent) of respondents disagree that nations or central banks should create their own cryptocurrencies, with only 25 percent in favor. Recent criticisms of Venezuela’s cryptocurrency dubbed the “Petro” due to a lack of transparency, as well as most central banks still rejecting the idea of issuing cryptocurrencies seem to confirm this sentiment.

Many of the grievances with the cryptocurrency industry today are related to storage and securing of crypto assets with 67 percent saying that private key management poses a strong or very strong risk. Other security concerns in descending order of “strong” and “very strong risk” included:

Respondents were largely divided on which consensus algorithm, i.e. proof-of-work (e.g.Bitcoin) or proof-of-stake (e.g. Ethereum), has the greatest long-term sustainability. Both validation methods received 28 percent, though a large percentage (26 percent) said that they don’t have an opinion on the matter. 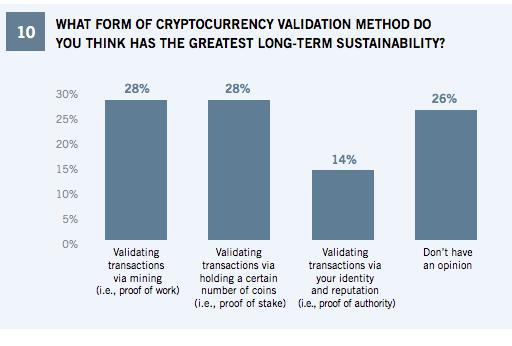 Finally, concerns over regulatory clarity, or the lack thereof, was one of the biggest takeaways from the survey.

Of the respondents, 72 percent believe that the cryptocurrency industry does not have a well-grounded understanding of existing financial markets or financial services regulations on state and federal levels.

What’s more, 84 percent indicated that ICOs should be regulated by the federal government, states or both. Nevertheless, 58 percent said they would still take the risk and invest in or start a cryptocurrency business.

But while the vast majority want legal clarity, 86 percent think the cryptocurrency space should self-regulate by developing their own voluntary standards. Meanwhile, 89 percent say the industry should explore adopting standards through formalized self-regulation, with most believing that any model of self-regulation should be subject to regulatory oversight.

What do you think of the survey’s findings? Share your thoughts below!

Bitcoin saw a sharp overnight rebound that allowed it to reclaim its position within the mid-$9,000 region This came about after a period of weakness as it traded within the lower...

Bitcoin faced a grim rejection within the upper-$9,000 region yesterday that caused it to erase most of the gains that came about as its latest push higher The subsequent decline that...

Analysts believe that the uptrend Bitcoin saw yesterday may soon come to a harsh end following the cryptocurrency’s swift rejection within the upper-$9,000 region This marked yet...