Bitcoin’s orbital trajectory hit a high of $5800 this week, giving the coin a market cap valuation close to $97 billion, listing the digital currency ahead of companies such as Goldman Sachs, Nike, and Bayer.

Bitcoin’s rise continued apace yesterday, breaking through the $5,000 mark before going on to hit an all-time high of $5,800. The resulting weekly chart is pictured below showing the tallest weekly green candle growth in the coin’s history. The unprecedented highs keep on coming, and if investors such as Mike Novogratz are to be believed it is only a matter of time before Bitcoin hits $10,000 and higher.

Biggest weekly green candle in the history of Bitcoin pic.twitter.com/uApt0Xc8ef

In an interview with CNBC’s Fast Money last week,  Novogratz also admitted that Bitcoin could be one of the largest bubbles in history, however, he thinks there is still plenty of room left to grow for the coin as a greater number of investors are still eager to invest in the revolutionary technology.

One Giant Leap For Bitcoin

RT.com tweeted that Bitcoin’s market capitalization is now approaching $97 billion – a staggering figure for the open source, decentralized alternative currency. If Bitcoin were a company it would rank 77th in Price Water House Coopers list of the global top 100 companies by market capitalization. The list has Apple Inc, Alphabet, and Microsoft in the top 3 positions, all technology companies, but Bitcoin would rank ahead of the Goldman Sachs Group Inc, Bayer, and Nike. Perhaps another sobering fact is that Apple Inc was worth $94 billion in 2009,  that is nearly 3 billion dollars behind Bitcoin at its current market capitalization.

Could Bitcoin Just Be a Giant Bubble and Is it Really a Bad Thing? 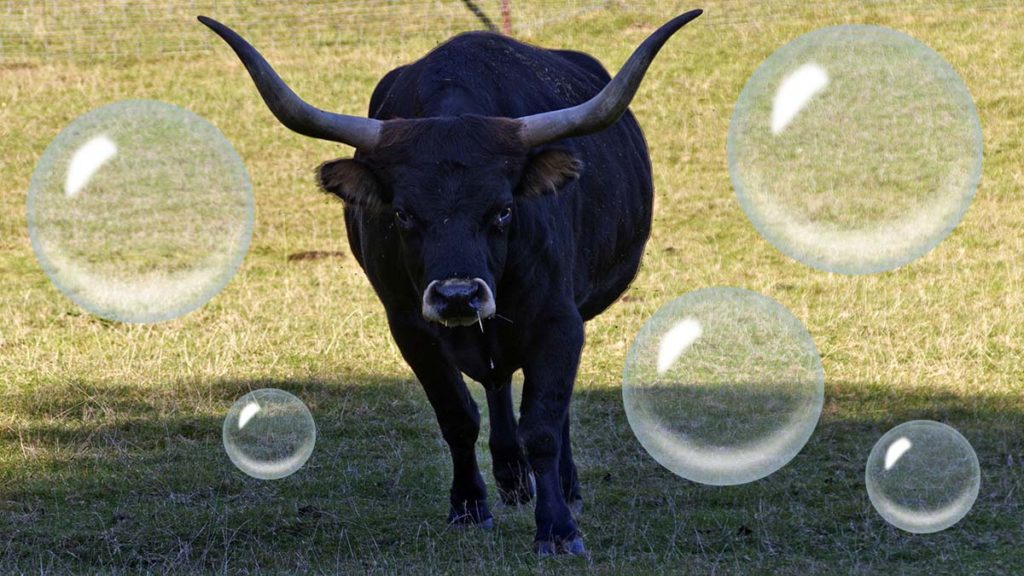 Bitcoin’s continuing rise has so far silenced its critics, now presumably sat aghast at this behemoths rise. JP Morgan CEO Jamie Dimon himself recently announced last week that he will say nothing more about Bitcoin. As grassroots movements go it has certainly captured a fair share of peoples imaginations too with its technological possibilities, figures such the IMF’s Christine Lagarde and Fidelity Investments Abigail Johnson all have their reservations but recognize Bitcoin’s underlying technological promise rooted its decentralized blockchain, giving it an essentially unhackable protocol. However, with speculation also comes consolidation, in the words of Mike Novogratz:

Will Bitcoin continue to rise further? Will there be a consolidation period or is the bubble ready to pop? Let us know what you think in the comments below.