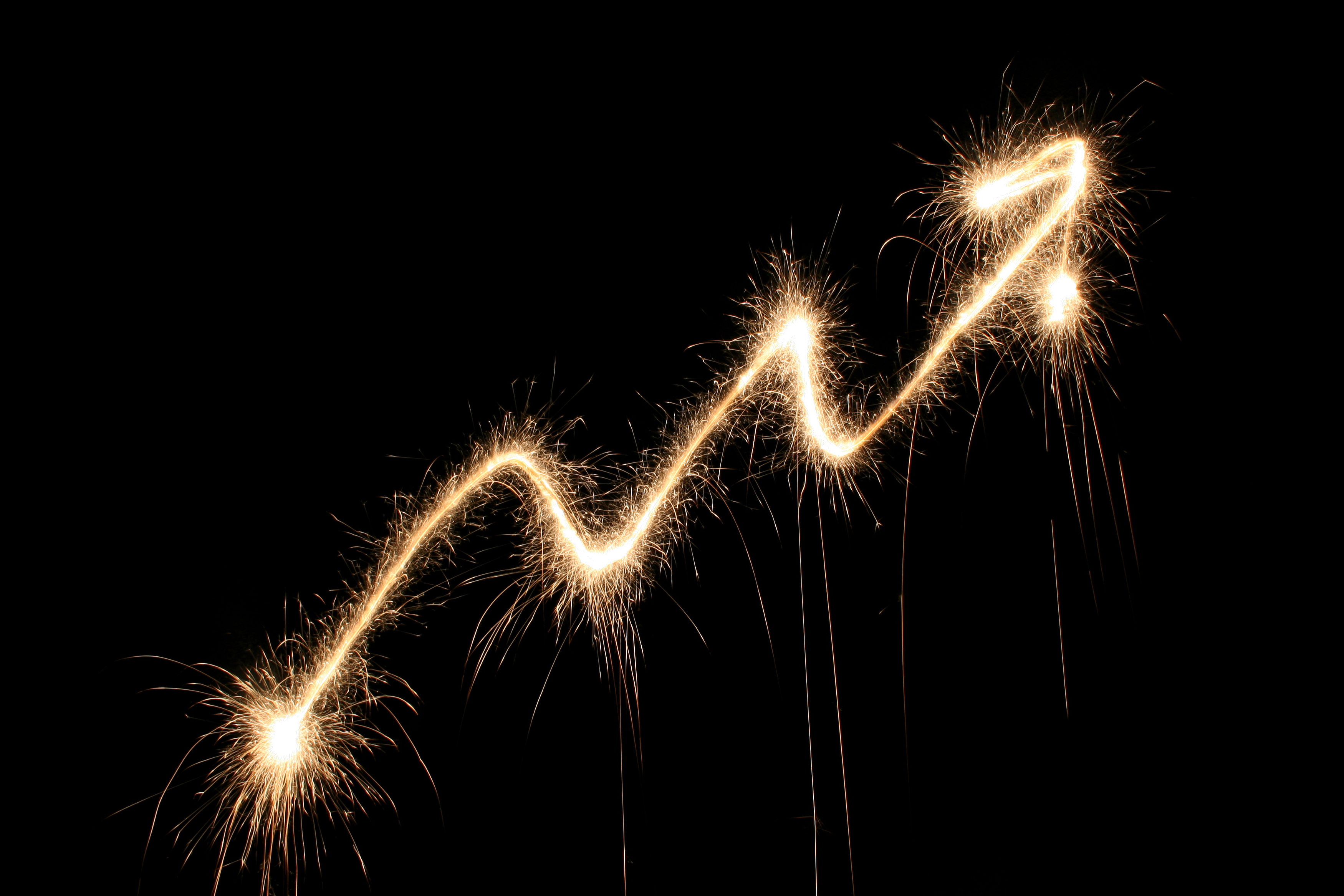 All day, it was working on that ceiling. The Bitcoin price ran up to $798 on Tuesday morning, and then stepped back, but the pressure was building…

Then news came out on Zero Hedge of other indicators that Bitcoin price was gonna blow. I head out for a walk, I come back, and $800 is crushed, well before Christmas. I told my Mom, who became a new Bitcoin investor this summer, that BTC will reach $800 by year’s end, and now we’re here. Bitcoin has now reached its highest price point in almost three full years, since February of 2014, in the aftermath of the Mt. Gox collapse. 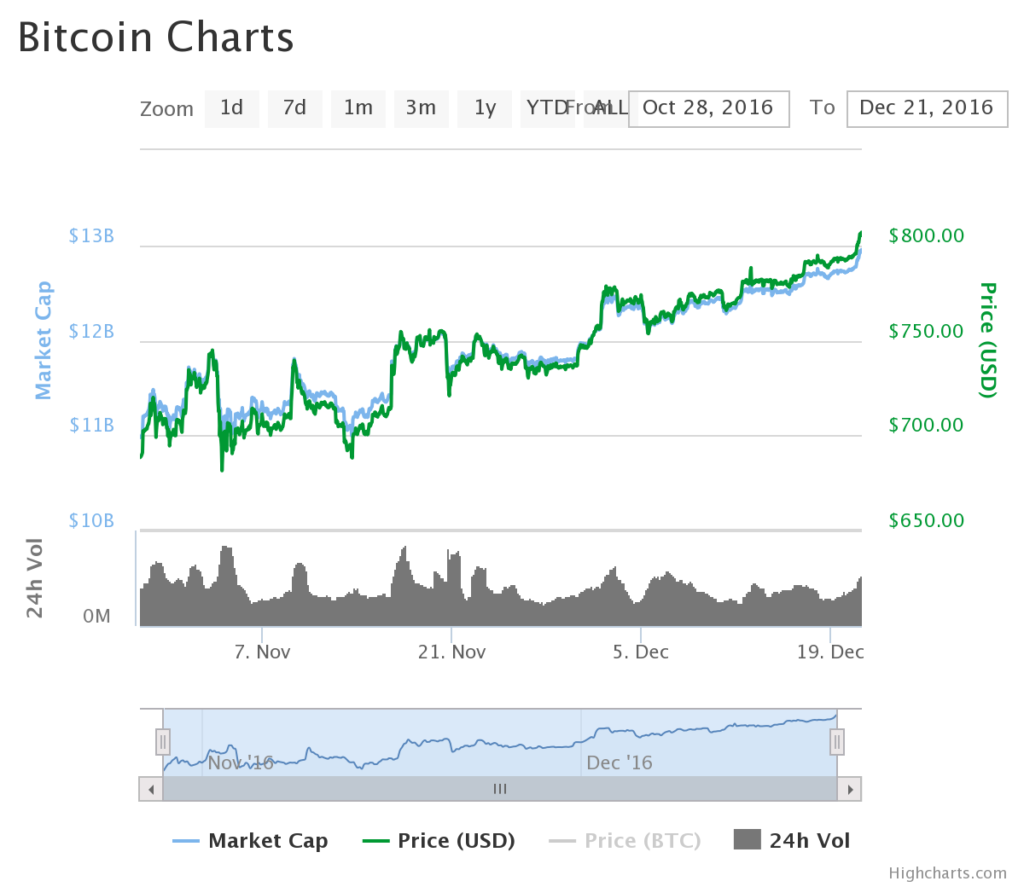 The exact date of the last time Bitcoin reached $800 USD was February 5th of 2014, and Bitcoin seems to have little resistance to future gains. Even Bitcoin’s scalability can no longer stop its growth, and this is for several reasons.

Upward Pressure on All Fronts

China has seen a lot of movement in precious metals like Gold recently, with Gold premiums at a level unseen since the Lehman Brothers crisis in 2013. This is also a clear indicator that Bitcoin is also in play on the upside. Once that came out, it was only a matter of time. India’s economic troubles and Bitcoin premiums there are definitely forcing the issue as well.

Merchants in India are starting to pick up on the growing Bitcoin market, and hundreds are now accepting BTC as a form of payment since cash is hard to come by these days. Other emerging markets like Nigeria and Venezuela are also seeing demand rise quickly, and virtually every nation is closing the year strong in Bitcoin demand according to Coin.dance and their charts of purchasing through LocalBitcoins.com.

Recently, Saxo Bank predicted that Bitcoin has the potential to more than double in value to as much as $2,000 USD next year, and this is definitely plausible. If the scalability issues can be solved, and expansive future applications like Segregated Witness and The Lightning Network can gain acceptance, nothing can stop Bitcoin’s adoption potential, but this is not going to happen anytime soon. Or maybe there is a late rush to buy Bitcoin as Christmas gifts?

Regardless, it seems as if the days of getting to Bitcoin on the cheap are gone. The way Bitcoin has jumped about $100 within the last six weeks, a four-figure Bitcoin price is much closer than it may appear.

Will Bitcoin ever be ‘cheap’ again or will we see four figures soon? Share your thoughts below!