Bitcoin (BTC) Price Analysis: Danger Ahead, Here’s What to Look Out For

The biggest flash crash we’ve seen this year has sent bitcoin price plummeting today, along with the rest of the altcoin market. A $31 million sell order placed during the early hours appears to have kick started this heavy correction, but how long can it go? Let’s take a look. 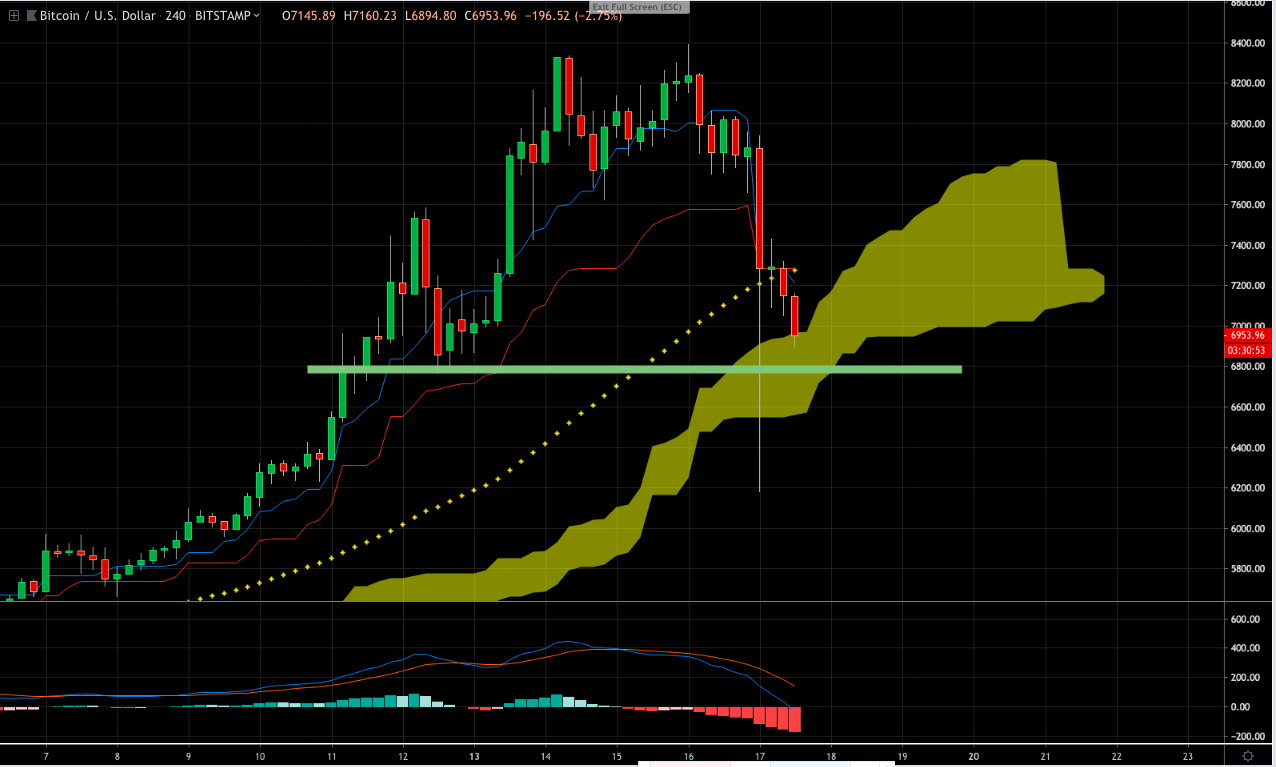 On the 4-Hour BTC/USD chart we can see that panic selling has completely taken over the Bitcoin market after a heavy sell-off occurred during the Asian trading session this morning.

Bullish traders, however, were quick to snap up the bottom and helped to re-establish the $7,300 within minutes of the crash taking place.

Looking at the price action, we can see that BTC buyers were unable to defend the $7,300 level for long, particularly as the European trading session started.

Now, bullish traders are attempting to prop up the asset’s rapidly declining value at the psychological $7,000 level. This is a highly critical moment for Bitcoin, as a fall below this level could trigger a new wave of panic selling towards much lower levels.

On the 4H MACD, we can see some worrying signals of increasing bearish momentum, which suggest the $7,000 may not hold for much longer. For the first time since April, the 12-MA has now crossed below the signal line which is indicative of a trend reversal. Selling volume on the histogram has also increased dramatically.

On top of this, candles have also now bearishly diverged below the 50-SMA.

Looking ahead, we can also see that candles are about to enter into the supporting kumo cloud (yellow area) on the Ichimoku indicator, which is accompanied by a bearish Tenkan-Sen/ Kijun-Sen crossover.

If candles close beneath this cloud, we will have a very strong confirmation of a bearish reversal. 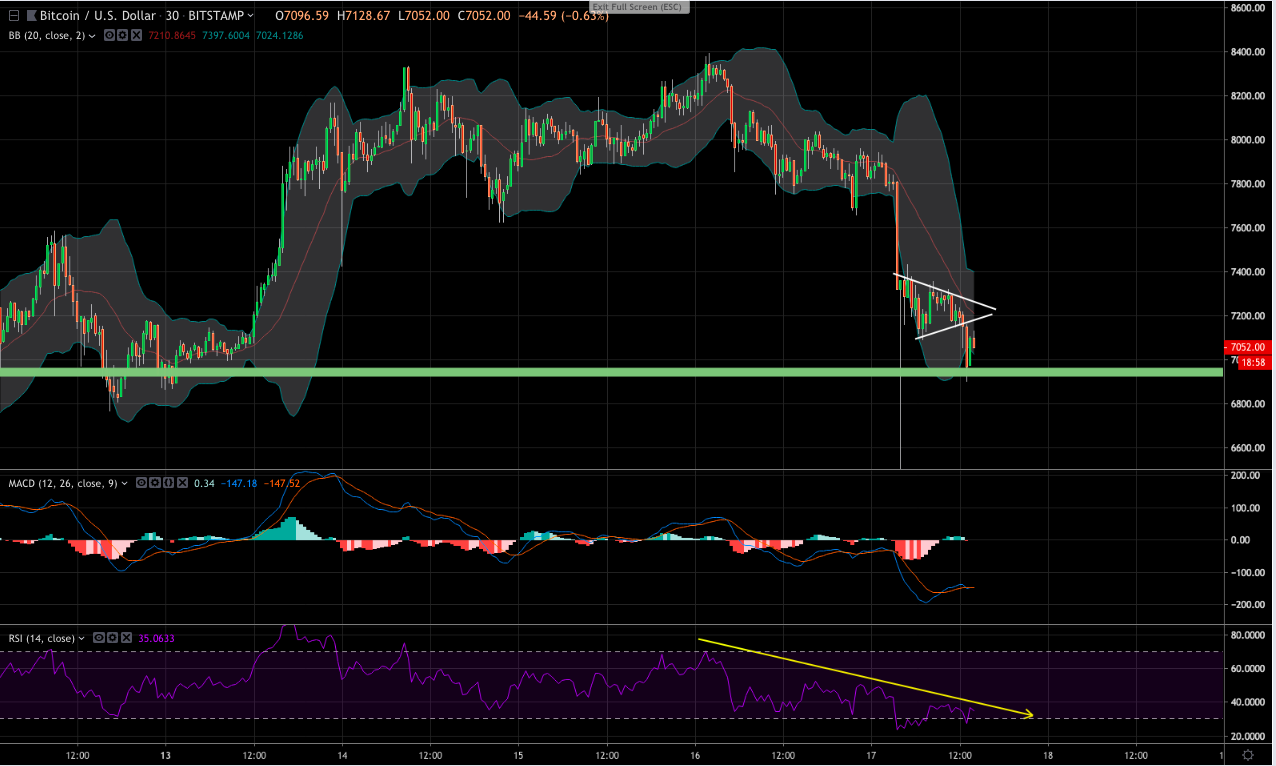 On the 3-Minute Chart we can see that BTC has just broken out of a bearish symmetrical triangle pattern (white lines).

The central MA on the Bollinger Bands appears to creating strong resistance against an upside recovery, despite the asset briefly ricocheting off the $7,000 level as BTC dipped into the oversold region on the RSI.

The two moving averages on the MACD are currently oscillating tightly as traders remain uncertain of Bitcoin short-term movements. Buying volume is showing early signs of improvement on the histogram, but lines on the Aroon indicator are still supporting a bearish continuation.

All eyes are now on the $7,000 level and whether this support can hold fast against the mounting selling pressure. If bulls can successfully defend this level, then we could see the asset make an early recovery from the recent correction. If it fails however, then it’s more than likely that we’ll see Bitcoin extend its losses towards lower supports.